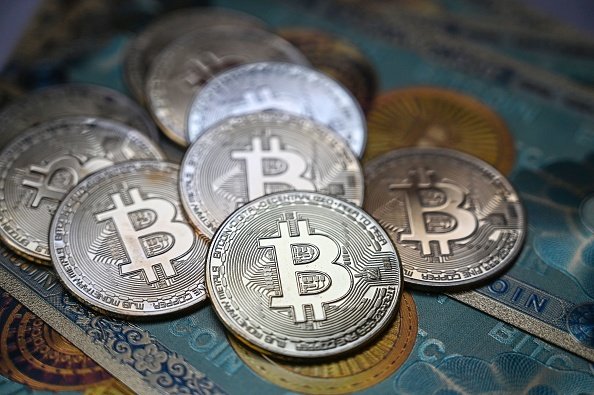 NFT (Non-Fungible Token) mobile games are still gaining traction from many players across the globe, especially those who spend lots of time playing various titles. 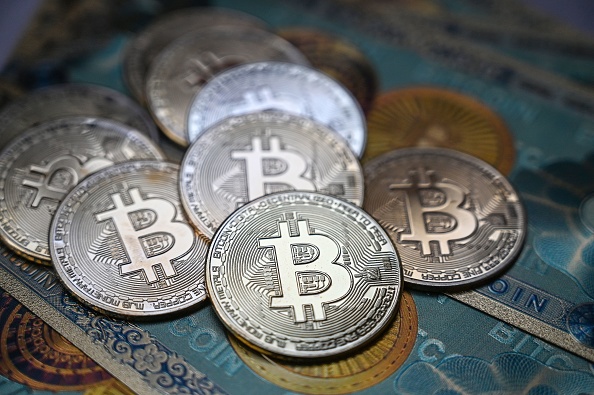 (Photo : Photo by OZAN KOSE/AFP via Getty Images)
This illustration photograph taken on July 19, 2021 in Istanbul shows a physical banknote and coin imitations of the Bitcoin crypto currency. (Photo by Ozan KOSE / AFP)

Before NFT became popular, online games only provided entertainment. Some titles even require gamers to spend real-life money just to have the weapons, cosmetics, and other in-game items they want to have.

But, thanks to the rising values of various cryptocurrencies, NFT games suddenly appear, allowing consumers across the globe to earn while having a good time playing their preferred titles.

Now, here are the top mobile NFT games you can play on Android that can help you earn digital coins.

YouTuber erlish shared some of the best mobile NFT games you can try on Android. These include the following: 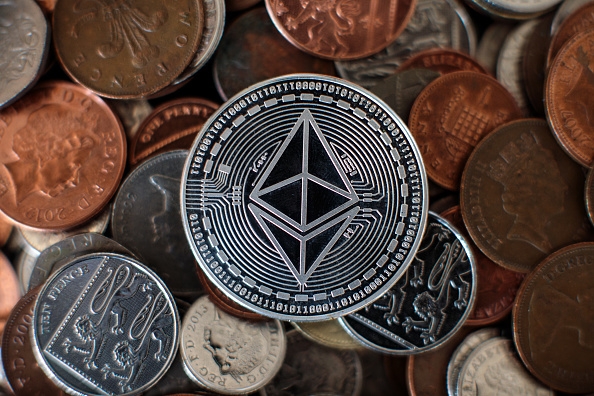 (Photo : Photo by Jack Taylor/Getty Images)
In this photo illustration of the ethereum cryptocurrency ‘altcoin’ sits arranged for a photograph on April 25, 2018 in London, England. Cryptocurrency markets began to recover this month following a massive crash during the first quarter of 2018, seeing more than $550 billion wiped from the total market capitalisation.

This NFT game is an action role-playing title compared to “Diable” and other popular RPG games. What makes this game a great starter is that it allows players to access it for free.

“Bot Wars” is a vertical-style game that offers block-type graphics. If you like playing gacha games and other similar titles, then this one is the best for you.

If you have already played “Farmville” and other earning-based games, then you will have an idea of how to play the crypto title “Crop Bytes.” All you need to do is grow crops, care for your animal herd, and do other in-game activities similar to those on “Farmville.”

These three titles are just among the best mobile NFT games for Android. If you want to see more crypto-based video games, you can watch the video below.

Crypt Gaming Trends To Look Out For

Crypto News reported that various crypto gaming trends are happening right now. One of these is the interconnections between the digital coin sector and NFT games.

Aside from this, experts also see the integration of cryptocurrencies into in-game items within the popular titles developed by giant publishers, such as Ubisoft, which recently unveiled its so-called Digits.

In other news, Gucci purchased a plot of virtual land as in enters the rising metaverse. Meanwhile, Krafton’s 2021 revenue reaches $1.57 billion, which is the company’s highest recorded revenue for the past few years.

For more news updates about NFT games and other similar topics, always keep your tabs open here at TechTimes.

This article is owned by TechTimes