What are Koda NFTs and Mega Kodas? – Business 2 Community 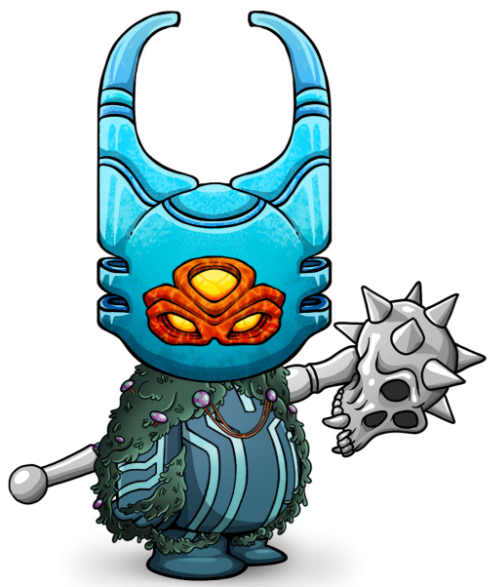 For those minting one of the 55,000 land deeds to buy land in the Otherside metaverse, there was a chance their plot would have a Koda on it, and other rare resources and artifacts.

For the very lucky, their Otherdeed NFT land had a Mega Koda on it. That mint took place April 30th.

In total there were 100,000 virtual land plots in the Genesis Drop, outside of the public mint 10,000 went to BAYC owners, 20,000 to MAYC owners, and 15,000 were in a private sale for Yuga Labs partners and investors. Many can now be traded on secondary marketplace OpenSea.

Some Twitter users have been tweeting that they’ve bought Otherdeeds with a Koda on.

Okay think I’m down shopping now… had to get a second koda and this one was a beast. Tier 5 land + 2 resources + diamond Koda. Ready for the @OthersideMeta pic.twitter.com/ld6S5ov8QG

Not much is known about these little alien creatures yet.

It appears they will act as in-game characters in Otherside, a 3D metaverse game created by Yuga Labs, makers of the most successful NFT collection of all time – the Bored Ape Yacht Club – in partnership with Animoca Brands, a game software company and venture capital firm.

They first appeared in the 90 second teaser trailer for the Otherside Metaverse – a Koda picks up a Bored Ape NFT come to life, after he drinks a mysterious bottle of blue liquid.

A Koda in the ‘See you on the Otherside’ trailer

Whle being flown through icy landscapes and past a volcano in the metaverse, they also meet a spaceship containing CryptoPunks, World of Women, and Meebits NFTs.

Yuga Labs have a talent for keeping fans of BAYC on their toes with new updates and giving back to their community over time – airdropping them mutant serum to mint Mutant Ape Yacht Club NFTs, allowing them to adopt a Bored Ape Kennel Club dog, and airdropping them free ApeCoin.

Kodas are described as a race of ‘celestials’ in a Yuga Labs pitch deck which was leaked (perhaps deliberately to create hype) and put on Twitter. They are said to have been created in the Big Bang and born with cosmic energy.

In one of the slides from that pitch deck presentation is the following:

‘There aren’t many celestials left, and without their creational energy the universe as we know it will collapse. Not all hope is lost. Should the right creature evolve, each celestial carries the blueprints and instructions on how to jumpstart the universe into its next evolution.

Luckily for us, one race of celestials still remain – the Kodas. The Kodas have discovered intelligent life on Earth, and have been monitoring our evolution, biding their time and waiting for the right moment to reveal themselves…’

It goes on to explain the Kodas created a microverse into our dimension and pulled the Bored Apes and ‘other interoperable NFTs’ into Otherside. It also gave the first hint that 10,000 unique Kodas would be randomly distributed amongst the lands in Otherside.

What is a Mega Koda?

A Mega Koda is a rare Koda that was even harder to mint, more valuable and with a more limited supply than Kodas. We can guess Mega Kodas will have more abilities in the Otherside game.

Even less is known about their exact mechanics. The Bored Ape Gazette (@BoredApeGazette) tweeted that Otherdeed #48882 was bought for 204 ETH (over $500,000) and on it was a Mega Koda.

The buyer nvictus.eth (@nvictus_eth) also tweeted that it was a rank #7 Mega Koda.

Some Otherdeed land sales have been for upwards of $1 million if they are prime real estate with high rarity. For example this OpenSea listing has a bid offer of 320 ETH even without a Koda on it. It has resources including Runa, Psychosilk, Whisper, and has Rainbow Atmos sediment. It’s environment is also rare, being sulfuric and volcanic.

Buy Land in the Metaverse

The Otherdeed for Otherside floor price is now 3.4 ETH, so it costs $9000 for the cheapest Otherside land. The Otherdeed mint price was 305 APE, around $6,500 at the time.

The NFT collection quickly became the 4th largest by market cap in 24 hours, and the top trending NFT by sales volume, which it still is a week later.

They were able to be minted either with Ethereum or ApeCoin (APE). The APE price hit over $27 in the run-up to the April 30th Genesis mint. It then retraced to $12, potentially a good buy the dip spot for investors who’d rather buy crypto than more expensive NFTs and metaverse land.

Not everyone was happy with the Otherdeeds mint – some had failed transactions, and gas fees were high. Those issues, a ‘sell the news’ effect and Bitcoin correcting may have caused APE to sell off.

Koda NFTs are not yet tradable as their own NFT collection, but may be in the future, like MAYC and BAKC. Both of those spinoffs from BAYC hit new all time floor prices recently, and with their fun artwork and utility in the Otherside metaverse game, Kodas could do the same.