What is an NFT, anyway? Your guide to SXSW’s high-tech jargon – Austin American-Statesman 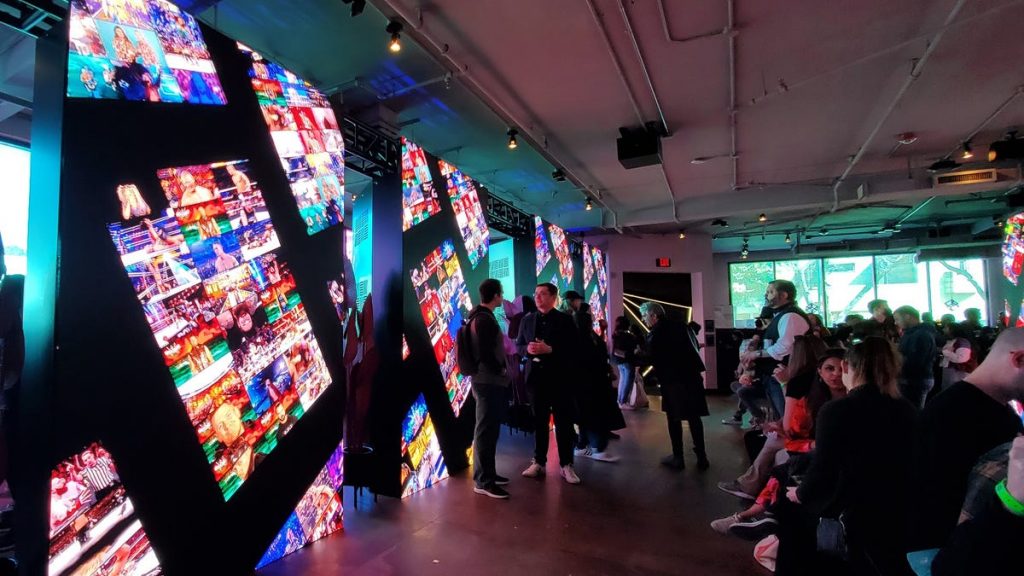 You’ve probably heard and seen these high-tech terms and buzzwords being thrown around during South by Southwest this week.

But what do they even mean? Do you need to know them? Will they catch on and become everyday terms that we all become familiar with, like we did with the internet, social media and smartphones?

If you’ve been trying to Google your way through it to sort of get an understanding of what they all mean, you’re probably not alone.

And don’t worry. You’re not too behind yet. Many of these emerging technologies are just getting started. We’re here to try to walk you through them.

Definitions of Web3 differ, but generally it’s considered to be the next iteration of the World Wide Web, which will be built on blockchain technology and be decentralized. Web3 would follow the first version of the web, which was mostly static isolated websites, and the more current version of the web that enabled more interactive websites such as social media or Wikipedia.

Companies developing related technology might include applications such as blockchain technology, NFTs or cryptocurrency. Web3 advocates view a decentralized internet as one where users would hold more power, rather than large private companies, and devices that are linked together would host much of the Internet.

Many tech companies are building products designed for Web3, and the city of Austin has said it wants Central Texas to be a hub for this type of technology. Others in the tech world — including Twitter founder Jack Dorsey and Telsa CEO Elon Musk — have rejected the term as a marketing buzzword.

While the concept has been around for years in varying degrees — particularly in video games and virtual worlds like Second Life, Fortnight and Roblox — there is no universally accepted definition yet of the metaverse.  Many tech experts consider it to be the future of the internet — a 3D virtual world inhabited by avatars of real people who are interacting in real time. It likely will include virtual reality and augmented reality components.

The term metaverse has been making headlines in recent months, primarily because of Facebook, which has rebranded as Meta Platforms and plans to build out its version of the metaverse.

More: How Austin grew into a tech ‘superstar’ during pandemic

A blockchain is a form of distributed database that stores data in chronological groups known as blocks. While blockchains can be added to, their individual blocks can’t be edited or removed. One of blockchain’s best-known uses is its role in making cryptocurrency possible.

OK, this one is complicated, but we’ll make it as clear as possible.

NFT is short for non-fungible token. In simple terms, “non-fungible” means that a particular item is unique and can’t be replaced by something else. So a non-fungible token is, essentially, a collectible digital asset you can buy and sell.

NFTs are meant to represent a variety of objects in the real world, such as works of art. You might have seen some pop up online in the form of profile pictures of apes, a popular NFT collection called Bored Apes. NFTs can range from fun and simple gifs and memes to more complex designs. The NFT itself is identified by its unique URL that can’t be changed, which is essentially what you are buying and selling. Digital proof of purchase of NFTs are backed up on a blockchain called ethereum. NFTs are often bought and sold with cryptocurrency, and rare ones can, in theory, be worth millions of dollars.

This one you’ve probably heard about since it has entered the mainstream in many ways. The technical definition if cryptocurrency is “an encrypted data string that denotes a unit of currency.” Simply put, it’s a type of digital asset that can be used to make online payments.

There are many different kinds of cryptocurrency, each with different values. You’ve probably heard of bitcoin, the pioneering and best-known cryptocurrency. Some others include ethereum, litecoin and dogecoin, which is a favorite of Tesla CEO Elon Musk.

POAP is short for Proof of Attendance Protocol.  These are a type of NFT (you remember those from before, right?) that are used to prove you were in attendance for a specific event. Think of it a bit like a stamp on your NFT passport, or an attendance badge. For example, Blockchain Creative Labs had a scannable QR code during SXSW this week that gave attendees a POAP that showed they attended an NFT studio pop-up.

DAO is short for Decentralized Autonomous Organization. These are internet-native organizations with no central leadership. They are owned and managed by their members and have a set of rules on the blockchain. DAOs are built on open-source blockchains, so anyone can view their code. It’s part of a larger movement towards decentralization.