Why are major global brands experimenting with NFTs in the Metaverse? – Cointelegraph 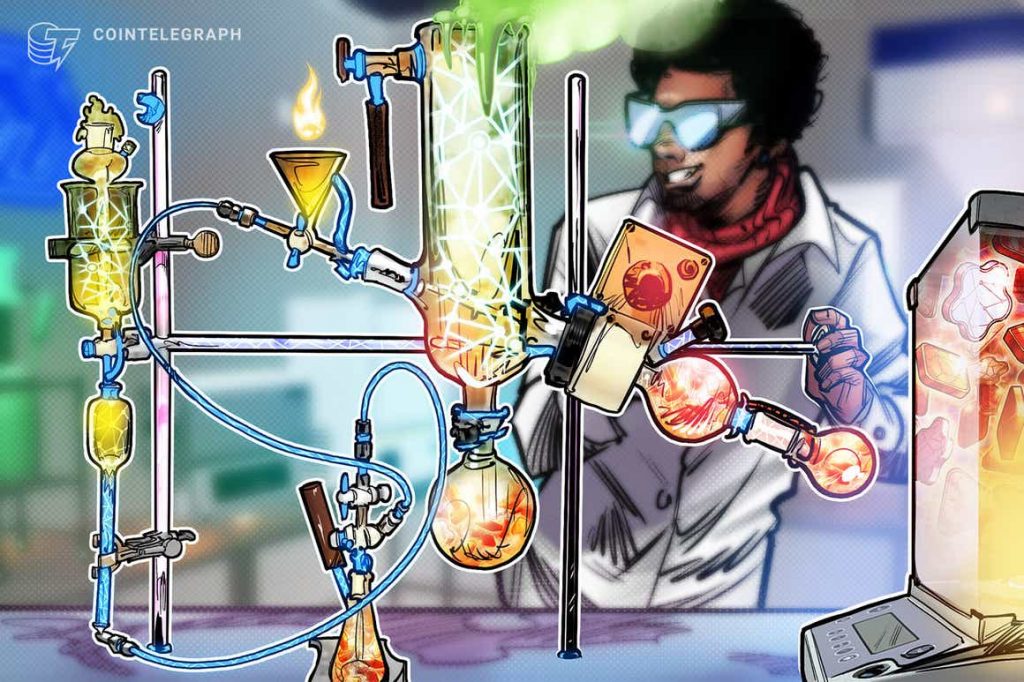 The term “metaverse” first appeared in 1992 when Neal Stephenson released his science fiction novel Snow Crash. In this book, humans interact with each other and with software agents such as avatars in a three-dimensional space that acts as a metaphor for the real world. While it was Stephenson who first used the term, the idea of a virtual reality-based successor to the internet was already being discussed by internet pioneers in the late 1970s and early 1980s who envisioned the internet of the future as a shared virtual space. A place where our physical world blends with the virtual and creates new digitized spaces somewhere in between.

In these spaces, the rules change. People become what they dream of in their everyday lives. They express their inner selves through digital avatars and can even bring their digital idols into this world. Now that the word “Metaverse” has gained traction in the mainstream, some have ventured into conceptualizing the metaverse.

But, defining the metaverse is still somewhat of a gamble. Just as in the early days of the internet many had no notion of what it would become, let alone that it would be used for business models like Uber, Amazon and Netflix. When people say that the Metaverse will be this or here, in my opinion, no one really has any idea of the exact size and breadth of the Metaverse, yet.

For those who still don’t understand what the Metaverse is, the movie directed by Steven Spilberg and based on the novel Ready Player One written by Ernest Cline is well worth checking out.

Two trends that will shape the world in the next 10-15 years are the Metaverse and its proliferation in all aspects of society and Web 3.0 and the democratization of the internet.

But, aren’t the Metaverse and Web 3.0 the same thing? Just as there is still no concrete definition for Metaverse, there is also no concept for what Web 3.0 is, both of which are still maturing.

Related: The Metaverse: Will it be a decentralized haven or a centralized tyranny?

However, it is already possible to identify some of the characteristics of Web 3.0 such as the focus on the user (and not on companies), the massive use of artificial intelligence (as a powerful tool to provide the best analysis and the best result to people), as well as distributed networks (we will no longer depend on the gigantic centralized data servers). Moreover, Web 3.0 content will be more graphical with more videos and 3D images. Also, in Web 3.0, augmented reality (AR) and virtual reality (VR) will be commonplace, bringing more realistic graphics to applications and games.

Taking this into consideration, we can say that the Metaverse, still incipient, is being built in several spheres with the Web 3.0 being the biggest one.

It supports both games and social spaces like Second Life, one of the successful attempts to create a metaverse portal, but it cannot be said that the Metaverse is the Web itself.

As we saw in the previous paragraphs, members of the tech community were already predicting an Exponential Age where the “internet of the future” would lead us to the Metaverse.

Well, the future is already knocking on the door, but until recently, it was not known how this space with several virtual worlds would reach its full potential. Could the Metaverse fundamentally transform not only the way people interact with the digital world but also alter part of the real world?

It is the integration of NFTs into the Metaverse that has initiated the transformation of our interactions in virtual worlds, impacting part of the real world. Gucci has sought to reach new consumers in the Metaverse in the game Roblox. The strategy used is to sell NFTs for avatars of the limited edition “Gucci Collection” in the Roblox game which includes bags, glasses and hats.

In July this year, Coca-Cola launched branded virtual clothing as nonfungible tokens, including a “wearable” jacket to be worn on avatars within the virtual world of Decentraland, even hosting a Rooftop Party on the platform to celebrate the launch. Now in November, NASCAR will launch a digital car on the Jailbreak breakout game platform Roblox and sell clothing for players’ avatars. Players will also be able to create their own NASCAR uniforms as part of a fan contest with the game’s developers acting as influencers to promote them on social media.

NFTs are the gateway to many parties in the Metaverse

Last quarter, several global brands created their own NFTs and launched their nonfungible tokens into virtual worlds. The reason?

There are so many eyeballs and interactive opportunities. At Roblox, more than 200 million monthly active users, with about half who are under 13, play hundreds of thousands of virtual games, many of which now incorporate brand activations. WarnerMedia’s Wonder Woman: The Themyscira Experience has been visited nearly 30 million times on the platform. And, what’s interesting about this initiative is that it reflects the trend of companies meeting their consumers where they are.

As Coca-Cola and Gucci show us, regardless of the product or the company’s mission statement, all companies should be thinking about betting on this new sphere. Although now, the metaverse is still very nascent, and brands are still at the beginning of their own digital transformation, NFTs are proving to be a great gateway for various brands to experience many parts of the Metaverse such as how digital ownership works, the impacts of migrating part of the economy to the Metaverse and user behavior, among others.

The new face of NFTs with blockchain technology

It’s important to notice that NFTs existed before the first blockchain, but blockchain technology has transformed NFT markets by solving the double-spending problem and conferring scarcity, uniqueness and authenticity to a nonfungible token.

Hence, if registered on a blockchain, an NFT becomes truly a “unique” asset that cannot be counterfeited, tampered with, or defrauded. Blockchain technology has brought standardization to basic attributes of NFTs such as ownership, transfer and access control, and to additional attributes such as specifications on how to claim an NFT, for example. Standardization of NFTs via blockchain technology has also enabled interoperability, allowing NFTs to move more easily between various ecosystems.

Since 2017, NFTs can be instantly viewable across dozens of different wallet providers, tradable across multiple markets and required across multiple virtual worlds because the open standards enabled by blockchain technology provide a clear, consistent and trusted API with permission to read and write data.

Interoperability, on the other hand, has extended the tradability of NTFs by allowing them to be traded outside their original environments and in any currency — from stablecoins and digital currencies to cryptocurrencies. And this advantage of negotiability has also brought about a transition from an initially closed NFT economy to a free market economy. Because of this, the NFT market, previously closed and restricted to the platform on which they were created, has become a free market with trading in the real world and, recently, also in virtual worlds.

While many still see NFTs as a passing fad, industry leaders have realized that the incorporation of blockchain technology to NFTs and its integration into the Metaverse is the missing piece for the creation of a “Functional Metaverse.” A fully functional metaverse is one with the potential to fundamentally alter the way people interact with and transcend the digital world, merging it with the real world.

It is a true collective virtual experience capable of reinventing not only the creative industry by opening new doors for creators, players and artists, but also providing for the physical world to integrate with the digital world.

Looking at where we were in the early days of the internet, where we are and, more importantly, where we are going, we realize that the inevitability of shared virtual spaces, resignifying our public and private lives.

And you, have you ever bought an NFT in a virtual world? Can you identify, from what we have seen here, how NFTs and the Metaverse can impact or affect your daily life? Think about this until our next meeting.

The views, thoughts and opinions expressed here are the author’s alone and do not necessarily reflect or represent the views and opinions of Cointelegraph.

Tatiana Revoredo is a founding member of the Oxford Blockchain Foundation and is a strategist in blockchain at Saïd Business School at the University of Oxford. Additionally, she is an expert in blockchain business applications at the Massachusetts Institute of Technology and is the chief strategy officer of The Global Strategy. Tatiana has been invited by the European Parliament to the Intercontinental Blockchain Conference and was invited by the Brazilian parliament to the public hearing on Bill 2303/2015. She is the author of two books: Blockchain: Tudo O Que Você Precisa Saber and Cryptocurrencies in the International Scenario: What Is the Position of Central Banks, Governments and Authorities About Cryptocurrencies?