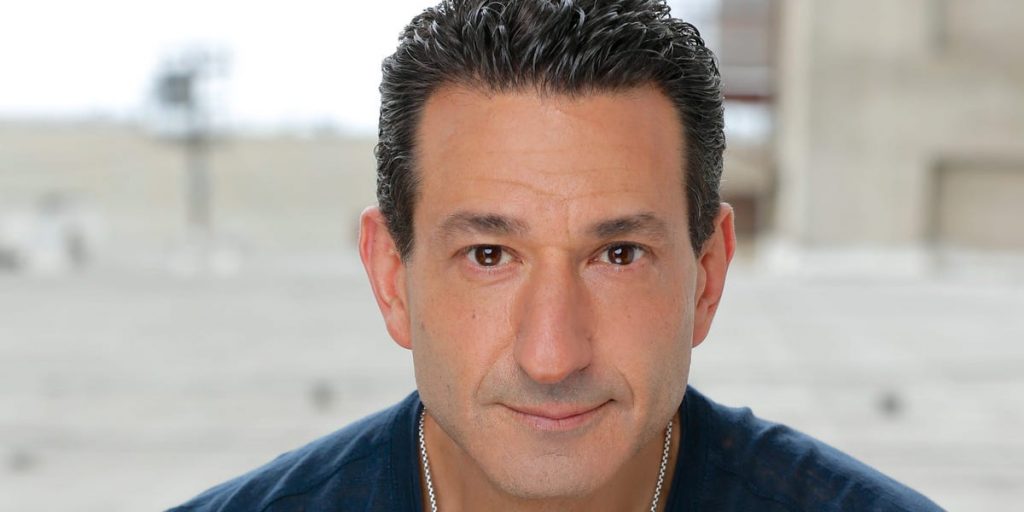 Dave Broome, the longtime producer of reality TV shows such as NBC’s “The Biggest Loser” and Netflix’s “Ultimate Beastmaster,” is a self-described hustler, a “lunatic,” and “the most psychotically focused person I know.”

And while some find the current frenzy over NFTs a little crazy, Broome — now the CEO of NFT company Orange Comet — is betting that the blockchain-based digital assets will be the foundation of a fruitful new chapter of his career, as well as a new platform for creativity in Hollywood.

As an increasing number of Hollywood companies jump on the NFT and crypto bandwagon, Broome has a clear vision for the tech that originates from his decades in reality TV and radio, not to mention the wellspring of determination that has driven his career. While he may be a relative newcomer to the space, his read on audiences may serve him well as Orange Comet tries to cut through the noise.

When the pandemic shut down live-action TV and film production in 2020, Broome — who had five shows in production and pre-production when COVID hit — got a call from an old friend running an investment firm, asking him to head up a newly formed NFT company.

After initially declining, Broome came around to the idea of infusing creativity into the booming space, as well as using the 3D design studio side of his business — 25/7 Productions, a shingle he launched in 2003 — to create visually innovative NFTs.

“From my perspective as a creative, how [do] you get fan engagement to another level?” he mused. “How do you take fans to a place that they haven’t been able to go before, where they’re actually [entering] the world of digital collectibles and showing it off?”

Orange Comet, which has since become the exclusive NFT partner for several NHL teams, is best known for its partnership with AMC Networks to create collections of “Walking Dead” NFTs. Broome sees NFTs’ potential not only as a marketing and fan engagement tool, but also as a source of revenue — beyond “your sweatshirts and your coffee mugs and your hats and and all the other paraphernalia,” he said. “This is a new way to create a revenue stream that didn’t exist.”

The most recent 5,000-piece “Walking Dead” collection on OpenSea — depicting Daryl’s motorcycle — sold out in seven minutes, Broome said, to the tune of $1.3 million.

Orange Comet has several new partnerships in the works for 2022, including an NFT series with former Chicago Bulls legend Scottie Pippen. But the plan, through Broome’s content-first lens, is ultimately to build NFTs that can become material for original TV series.

“To steal a page from my good friend Ted Sarandos’ playbook,” said Broome, who’s been close with the Netflix co-CEO since the ’90s, “my goal at Orange Comet is to create amazing NFTs creatively with existing IP, build that fan base, build the reputation of Orange Comet, and then serve them original content from Orange Comet after I’ve gotten them in our fold.”

The son of a lawyer and a teacher, Broome, 57, grew up in New Jersey, where his entrepreneurial spirit flourished early. When he was in grade school, he told Insider, his mother was once informed by the principal’s office that her 8-year-old had been re-selling her homemade sandwiches in the cafeteria. (Broome wanted to buy a hot lunch from the cafeteria but his parents nixed the idea, so instead he asked for multiple PB&Js and hawked them to classmates.)

After visiting Los Angeles before his freshman year at Hofstra University in Long Island, he framed a map of the city’s Westwood and Brentwood areas that he hung on his dorm room wall — it served as a beacon for the next four years until he could move out to the West Coast in 1986 and pursue a career in entertainment.

Broome spent his 20s and 30s in the radio business, where he eventually worked for Clear Channel (now iHeartMedia) and convinced his bosses in the early ’90s to let him produce live television specials and awards shows, some of which featured an early-career Ryan Seacrest.

It was during those years that he met Sarandos, when Broome was in radio ad sales and Sarandos worked in home video distribution.

The pair “hit it off immediately,” Sarandos told Insider via email, calling Broome “the most creative and energetic salesman I had ever met. He had East Coast energy in sleepy Phoenix, Arizona.”

“I recall him telling me once that he wanted to try stand-up comedy because he thought it might help in his sales and sure enough a week later Dave was booking time and doing stand-up in comedy clubs in the Valley,” said Sarandos. “He said he wanted to write a TV comedy script and I believe he wrote and sold a ‘Frasier’ script on spec on his first try.”

Broome laughingly recalled trying to talk Sarandos out of taking a job at a then-unknown startup that was renting out DVDs by mail.

“Are you crazy?” Broome said he told his friend about Netflix. “Don’t quit what you’re doing to go join some fly-by-night startup.'”

By 2003, Broome was ready to launch his own shingle, 25/7 Productions, and transitioned to reality TV. A vegetarian since moving to LA, he remembers working out in a 24-Hour Fitness and seeing a sign in the men’s locker room, displaying a plea for help.

“It was posted by this guy who said, ‘I’m morbidly obese , and I’m afraid I’m gonna die. I need a trainer who can help save my life,'” recalled Broome. “And then I went back home after the gym, and I created the format for ‘The Biggest Loser.'”

His vision was a competition that didn’t shame the contestants but “had heart and a feel-good aspect to it.” Nearly every network shut down his pitch — one told him, “Dave, nobody wants to see a bunch of fat people sweat on national television,” Broome recalled.

Broome eventually teamed up with Ben Silverman, then the founder of production company Reveille and later the co-chairman of NBC Entertainment. (Silverman is now co-CEO of Propagate.)

“The Biggest Loser” ran for 17 seasons on NBC and the USA Network.

Broome would later work with his old friend Sarandos, who had by then ascended to chief content officer at Netflix, on documentaries and the streamer’s first reality show, “Ultimate Beastmaster” — an “American Ninja Warrior”-style competition produced with Sylvester Stallone that ran for three seasons.

While his company has largely shifted its focus from reality TV to NFTs, Broome is still producing, with the Jennifer Lopez documentary “Halftime,” also for Netflix, recently opening the Tribeca Festival.

Over the course of the last 25 years and dozens of productions, including “Shedding for the Wedding,” “Fearless,” and “Cooked with Cannabis,” Broome has “remained an independent producer on purpose,” he said, adding that he likes to be hands-on with his projects.

“I had lots and lots and lots of opportunities to sell 25/7 Productions, become part of something else,” he said. “But I am a passion-driven motherfucker, and I am an all-in guy.”