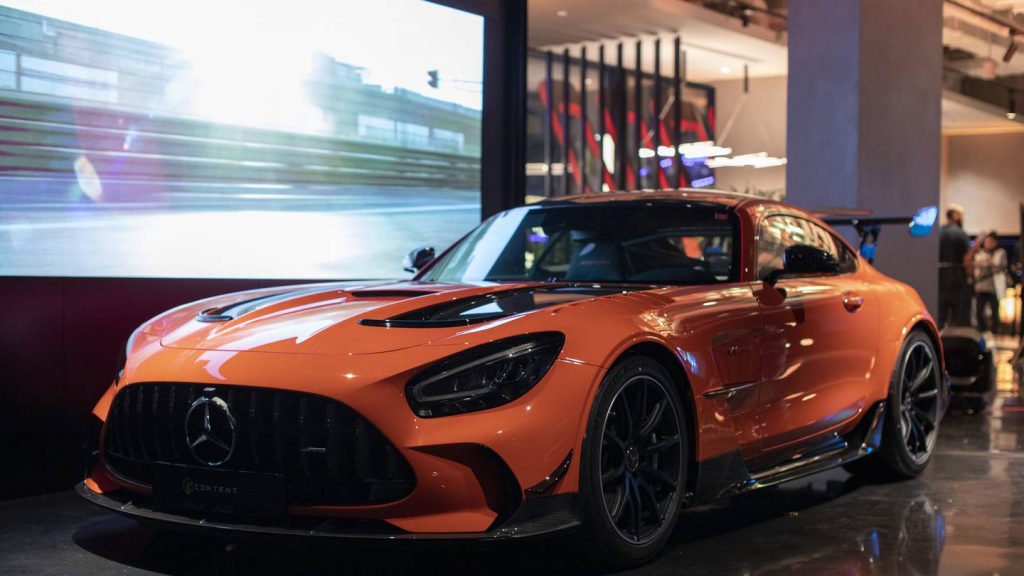 The world’s first supercar ownership NFT series launched in Dubai on Friday, with the first three NFTs selling within minutes.

Buyers purchasing the exclusive NFTs receive bespoke digital and physical artworks by globally renowned artist Idriss B, and a month of owning and driving a Mercedes-AMG GT Black Series.

Only a handful of the 700 horsepower Mercedes-AMG GT Black Series is produced globally by the manufacturer.

Car enthusiasts that purchase the NFTs will be able to get behind the wheel of an AMG car, with one month of ownership each year.

Buyers also get a unique 3D NFT model of the car, and an actual physical miniature of the car with unique elements based on the number of the NFT purchased, designed by Idriss B.

Known for his polygonal-shaped animal sculptures, the artist’s clients include Lindsay Lohan and Snoop Dogg. The French-Tunisian artist has created 12 bespoke digital and physical artworks for Project Black, each of which is minted for the owners.

“Not only is the concept great, but the car itself is a piece of art. The fact that it is ferocious, powerful and rare inspired me to sublimise it in the best way,” said Idriss B.

The real-time listing took place in the world’s first AMG Kaffeehaus at Dubai’s City Walk, the first stand-alone store from the performance-car arm of Mercedes-Benz.

The NFTs were listed on OpenSea.io and the first three received initial bids during the live announcement. With a base value set at around 25 Ethereum — the equivalent of $80,000 — bids are being accepted for a total of 12 days, ending on Thursday, May 5.

As well as shared ownership of the car each year, MContent plans to resell the vehicles in a few years’ time, redistributing its value back to its NFT holders directly.