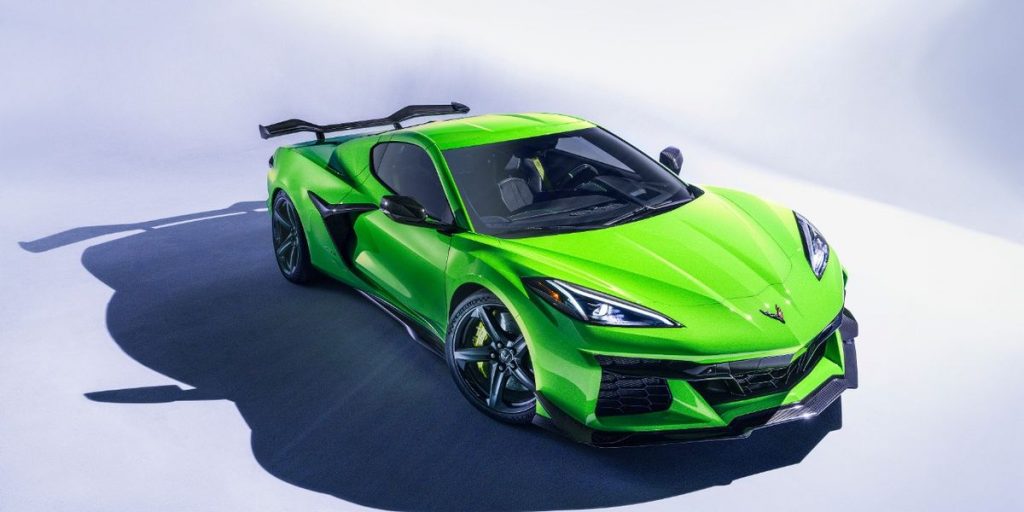 What a time to be alive. It feels like not that long ago a mid-engine Corvette was a future fantasy. Now, they’re in Chevy showrooms, with a new 670-hp Z06 version on the way. And that’s not even the craziest thing. That distinction goes to the custom-painted 2023 Chevy Corvette Z06 and its matching one-of-a-kind non-fungible token (NFT) that’s about to be auctioned off for charity next week.

We can already imagine all of you right now who are firing up the Google machine to find out just what the heck is an NFT. Well, we sort of explained it in our recent comparison test of full-size luxury SUVs, also known as “Nice F—ing Trucks.” For the TL;DR crowd, an NFT is a “unique digital identifier that cannot be copied, substituted, or subdivided, that is recorded in a blockchain, and that is used to certify authenticity and ownership,” as defined by the Merriam-Webster dictionary. Still confused? Welcome to 2022.

In this case, the NFT was designed by xsullo, and it features artwork depicting a Z06 racing through the streets of what appears to be a futuristic city. The illustrated Z06 wears the same zany green color as the physical ’23 Corvette Z06, which Chevy says is called Minted Green. It also says the car that’s being auctioned is the only 2023 production model that will wear the exclusive hue. The exact spec includes the Z07 package and carbon-fiber wheels, along with a commemorative plaque and a VIN that’s inspired by binary code—the language of computers. At least attention to detail isn’t out of style in these unprecedented times.

So, if all this talk of a new Z06 in a crazy color complete with a matching NFT makes you interested in bidding, the charity auction will be live around the world from June 20 to 24, 2022, to those who are eligible. However, there’s an M. Night Shyamalan–like twist: bids can only be placed with Ethereum cryptocurrency. For the unfamiliar, we’ll direct your attention back to Google.

All the crypto proceeds go to the DonorsChoose organization that’s aimed at helping teachers in need. Because if this cryptocurrency and NFT business has taught us anything, it’s that our youth need a good education that’ll prepare them for even more weirdness that’s sure to come in the future.

This content is created and maintained by a third party, and imported onto this page to help users provide their email addresses. You may be able to find more information about this and similar content at piano.io