A Manhattan Landlord Listed His Office Building in ETH as an NFT. Then Its Price Dropped $12M – CoinDesk 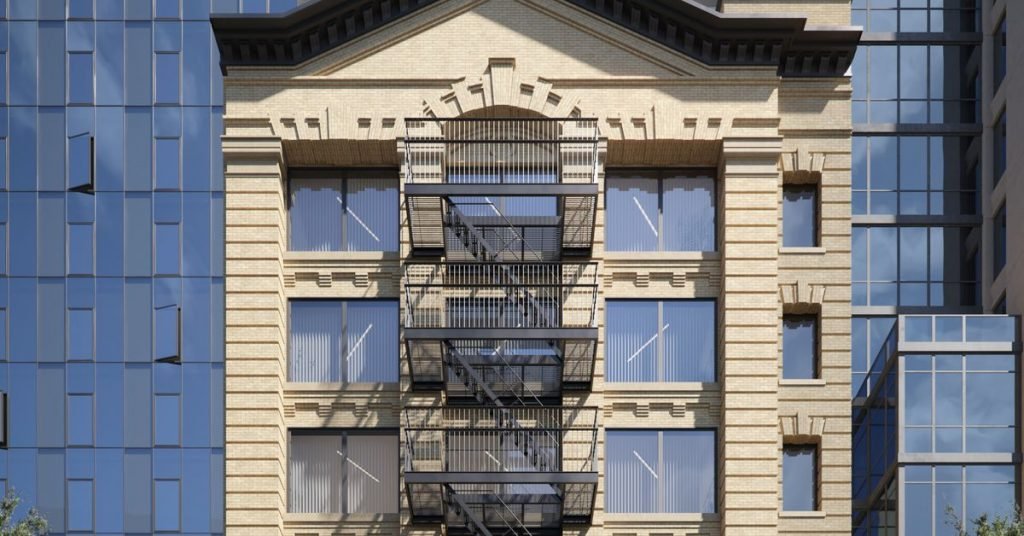 A New York City office building went on sale for $29 million two weeks ago, but with a Web 3 twist: The rights to purchase the property are being sold as a non-fungible token (NFT) on OpenSea.

The listing’s price, however, was set in ether (ETH), which has plummeted over 40% since the start of June, taking the list price of the building with it.

The dollar value of the NFT has dropped from $29 million to $16.8 million, though its owner, Chris Okada, says the price will soon be adjusted.

“We’re going to relist the sale at $29.5 million, most probably Thursday,” Okada told CoinDesk in a Twitter message on Tuesday. “Deciding on staying with ETH or going to USDC. If we go with ETH it’ll be closer to 26,500 ETH.”

Okada is the CEO of Okada & Co, a commercial real estate company that owns 43 buildings in Manhattan and is turning to blockchain to diversify its clientele.

“There are crypto billionaires and crypto millionaires out there that have no real utility of their cryptocurrency other than actually having it in their wallet,” Okada told CoinDesk in an interview. “I see this as a marriage of my real estate knowledge and NFT interest.”

Okada says he was partially inspired by Gary Vaynerchuck’s Flyfish Club, an NFT membership collection whose holders have exclusive access to a yet-to-be-built restaurant.

The 109-111 W. 24th St. NFT itself is not the actual deed to the property, an added security layer to avoid any potential large-scale phishing or listing errors.

The owner of the NFT is instead granted “exclusive rights to acquire the building, all its uses rights and related deed covenants,” according to the listing.

Once the NFT is purchased, the buyer will have to go through all the steps of making a non-blockchain real estate transaction, with the exception of transferring the funds. Buyers are also encouraged to talk with the company before completing the sale, as well as negotiate a price. (Okada says eight potential buyers have already expressed interest.)

The sale is both emblematic of innovative use cases for NFTs and their legal limitations, with New York’s real estate registration system making it impossible to list an actual deed as an NFT.

“The sale is really a bridge between the old-guard real estate servers and blockchain,” Okada said. “I will be at that bridge, trying to figure out this connectivity issue. It may not be in New York, it may have to be, you know, Westchester or Miami, or it may be a forward-thinking city.”

Okada said his company has been experimenting with ways to implement blockchain for the past few months, but ran into legal complications with the Securities and Exchange Commission (SEC) involving the fractionalized ownership of property sales.

Future plans for blockchain-based real estate sales from the company include rentable office space and co-working desks, a concept recently brought to life in the SoHo neighborhood of New York City just two months ago.

“While I believe that we are moving in the direction of storing real property titles on-chain, and being able to effectuate property transfers and sales through on-chain mechanisms, we are not there yet,” pseudonymous crypto lawyer exlawyer.eth told CoinDesk. “Though it is exciting to see how people believe the blockchain can be used, and this is just one example of some of the innovative uses that we will see in the coming months and years.”

While the sale will be the first commercial office space sold as an NFT, the residential housing market has already seen its fair share of blockchain involvement. NFT real estate company Propy sold its first house as an NFT in February.