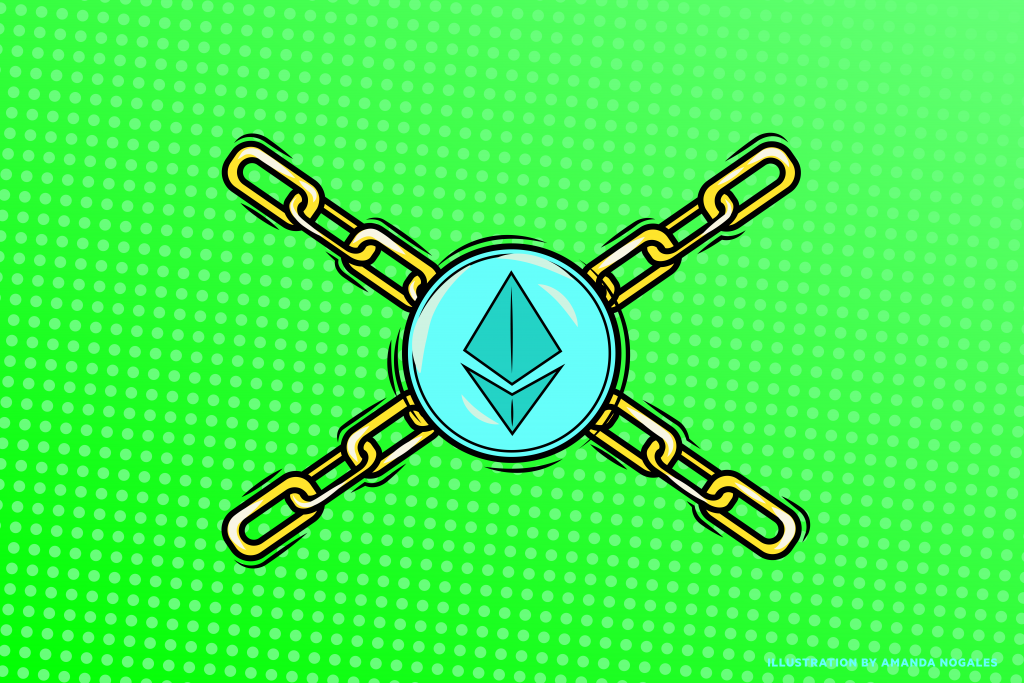 Ethereum and Solana aren’t the only blockchians around–-developed by the DFINITY Foundation, Internet Computer (or ICP) was formed to run at web speed and be “the world’s fastest general-purpose blockchain,” and one Utah company is bringing a new NFT marketplace to it.

ToniqLabs, based in Utah, launched Entrepot last year, at the time becoming the first NFT marketplace on the ICP blockchain. Entrepot has a similar look and feel to the market leader, OpenSea, which operates mostly on Ethereum, Solana, and USDC, even if it is much smaller.

Bitcoin and Ethereum are the undisputed leaders in the crypto space, with market caps of $568.92 billion and $242.19 billion as of writing, respectively. By comparison, according to coinmarketcap.com, ICP’s market cap is $1.89 billion.

Max Ogles, co-founder and COO of Toniq, believes that there’s a future of web3 out there where many different blockchains can survive and thrive.

“I think the real success of web3 is a future where people are sort of blockchain agnostic, at least from a consumer perspective,” he says. “They’re interacting with things that are on chain and benefiting from the features and functionality that it’s giving them, but they don’t really know which chain it’s on.”

He compares it to internet programming languages. Many have heard of Python and JavaScript, though few would care which one they are benefitting from as they navigate the internet.

“These chains are forming the infrastructure of what web3 will be in the future from a consumer perspective. Most people won’t really know or care unless they interact with the developer as an investor,” he says.

The benefits of ICP, Ogles says, are low storage costs and speed. A gigabyte of data on Ethereum, would cost $1 million or more, he says. On ICP, it’s about $6 annually.

“A lot of blockchain implementations are building on blockchain, but they’re actually hosting their software on a third-party cloud hosting service like [Amazon Web Services] or Google Cloud, Azure, etc.,” Ogles says. “You can actually host your web applications on chain using computers. In that way, it’s a competitor to AWS, and it’s in fact, a decentralized competitor.”

ToniqLabs has also launched play-to-earn games on ICP. The company’s Cronic Critters launched with a collection of 11,000 NFTs, and has a floor price of about 7 ICP as of writing. Rise of the Magni, another Toniq strategy game built on ICP, is coming in 2022.

Play-to-earn gaming is one quickly-growing aspect of web3 that is still working its way into mainstream culture. While Toniq has the tools and ability to create play-to-earn opportunities, Ogles says he doesn’t think that’s a sphere where Toniq will be a market leader. Where he does want to be a market leader is in helping brands leverage blockchain technology to support their businesses.

Toniq helps creators and brands launch NFTs by setting up the minting process, facilitating the secondary market, and helping through everything beyond that.

Sometimes when a company launches an NFT without providing utility, or value, to the consumer, it can have the appearance of a cash grab, but Toniq has launched over 100 NFT collections, Ogles says, most of them working toward something bigger than just a one-time NFT launch.

“With that comes this expectation or commitment on the part of the creators to their community, just the same as any brand has,” Ogles says. “I think we’ve found good ways to help people create a vision around what purpose their NFTs are going to serve, whether that’s privileged access to NFT holders or future benefits in the form of discounts, or other NFTs, or access… that’s very much on our minds.”

The downturn in NFT and cryptocurrency trading volume recently has a silver lining. It helps “weed out money grab NFT launches and allows the devoted, committed NFT collections with real value to flourish and sort of help people see what the potential value is of NFT collections,” Ogles says.