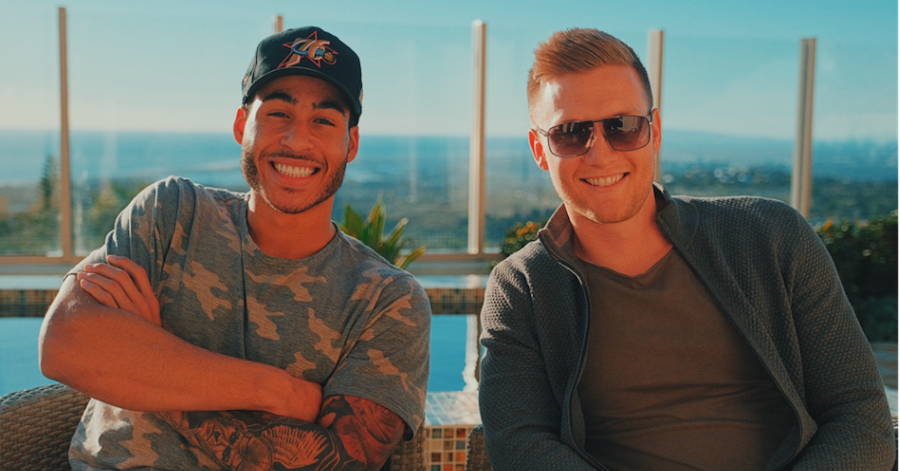 According to a recent study, 41 percent of NFT companies are based in the United States. NFTMagazine.com, a news media company with over 40 team members, co-founded by JetSetFly and the creators of The Junior Punks, Joey Sendz & TheBlondeJon, is one of the fastest growing of them.

JetSetFly or now known better as JetSet AKA Josh King Madrid, the founder of NFTMagazine.com, is one of Gen Z’s most innovative, respected, and influential marketers and entrepreneurs. In less than a decade, the 24-year-old has generated hundreds of thousands of leads and sold over $20 million in products and services online.

In January 2022, he launched NFTMagazine.com, having first become involved with non-fungible tokens after being hired as a neuro-marketing consultant for three separate NFT brands, where he generated a total of $10 million in NFT launch sales within 45 days of being introduced to the concept of NFTs.

Shortly after, JetSet decided to start investing in and trading NFTs and cryptocurrency as a side hustle. It wasn’t long before he realized that this side hustle required more ‘hustle’ than his primary hustle! With the rate at which the NFT space was evolving, he struggled to keep up with all of the latest updates about NFTs that were being posted online and discussed on Twitter, Instagram, Discord, TikTok, and all of the other various news outlets. When the “alpha” (a term for useful information about NFTs that most people are unaware of) finally got to him, it was always too late.

The opportunity had already passed.

JetSet discovered that, despite the existence of tens of thousands of NFT projects and millions of NFT owners, there was no reputable NFT news media or networking communities. Indeed, many of the biggest NFT media pages at the time were accepting paid promotion and then passing it off as “legitimate news,” when in reality, this couldn’t be further from the truth! JetSet knew that unless and until this changed, the NFT space would perish in the long run. NFT news must be reliable, accurate, up to date, and easy to understand.

JetSet recognized the power and importance of trustworthy, accurate, and reliable news in the cryptocurrency space after being inspired by the success stories of brands such as Morning Brew, Bitcoin Magazine, CoinTelegraph, and CoinDesk. He became determined to establish a central hub for NFT enthusiasts to obtain trustworthy reliable news, NFT education, and real-time market alerts, as well as the ability to share ideas and opinions with their NFT peers.

JetSetFly, the founder of NFTMagazine.com, offers three suggestions for selling an NFT collection. He claims that there are a few key things that leaders can do right now.

“YOU WILL NEVER BE SUCCESSFUL UNLESS YOU DEVELOP INTO THE PERSON WHO CAN.”- Quote from JetSet

That is, you must possess and practice the traits required to develop a winning mindset in order to achieve your goals. Your desire to succeed must be so strong that it takes over your entire mind. You must think about it all the time. Your passion must be so strong that you feel compelled to tell everyone you know about it and take action to make it a reality. The more you do this, the higher your energy level will be and the greater your impact on those around you. We live in a world where being great on your own isn’t enough; you must also inspire greatness in your family, peers, and community. This is the only way to truly maximize your potential and live a meaningful life. People buy into people rather than jpegs.

Don’t sell the picture, paint it.

It is your responsibility as a founder to sell your vision, a vision of a better tomorrow that resonates with your NFT Community. People buy into people rather than jpegs.

Building a great brand and community begins with structuring your brand’s promise, or in NFT terms: Roadmap. Your roadmap should reflect your brand community’s hopes, values, and dreams. It should be simple, ambitious, yet realistic. It is critical that you set realistic expectations that you and your team can meet in order to establish a trustworthy relationship within your community. People who follow your brand understand that when you say something will happen, it will. It is also critical to ensure that your community feels heard. This allows you to learn about your community’s goals, what they need your help with, what their challenges are, and how you can best provide value to them or empower them. When your community can visualize how they will get from point A to point B, and how you will be there every step of the way when they need you, it creates more commitment, passion, and engagement with your brand. Tomorrow is always a better day if you can share a vision that your community wants to strive for and give them the tools to do so.

Everyone thrives in bull markets, but only the most resilient survive bear markets.

Professional adaptability has risen to the top of the list of skills required to dominate the NFT space in today’s fast-paced, ever-changing world.

Professional adaptability has risen to the top of the list of skills required to dominate the NFT space in today’s fast-paced, ever-changing world NFT trends are constantly changing; if you want to succeed and cpitalize on trends, you must be able to adapt quickly. Profiting in the NFT and crypto industries is simply a matter of timing, information, and being able to make sound decisions without allowing emotions to cloud your judgment. How does one do that? The best way would be to learn everything you can by doing market research and understanding market psychology, but that is not realistic for the average person.

PaperBoyz by NFTMagazine.com, an NFT collection of 3,650 Paper Boyz NFTs delivering the NFT Magazine scoop of the day. Edgar Vehbiu, the famous artist behind the mobile apps Angry Birds and FIFA, is the genius behind the Paper Boyz art animations. The motion graphic artist is a 16-year industry veteran who has worked with hundreds of brands, including Sony, SalesForce, and Drata; three unicorn tech companies, which have been valued at $1 billion or more.

Paper Boyz owners are grandfathered into a $1,200 annual membership service for life, as well as a free seat at each NFTMag Conference, a massive 3,000+ person event in Miami this winter. Members with 10 Paper Boyz NFT will receive over $24,500 in NFTMagCon 2022 tickets, enough for the entire family or team. These tickets could also be sold on the OpenSea secondary market to others who want to attend if one cannot make it to the event, creating a great opportunity for those who decide to mint multiple Paper Boyz.

The drop will be available at PaperBoyz.com, with the exact date and time to be announced via Josh King Madrid’s NFTMagazine.com Discord.