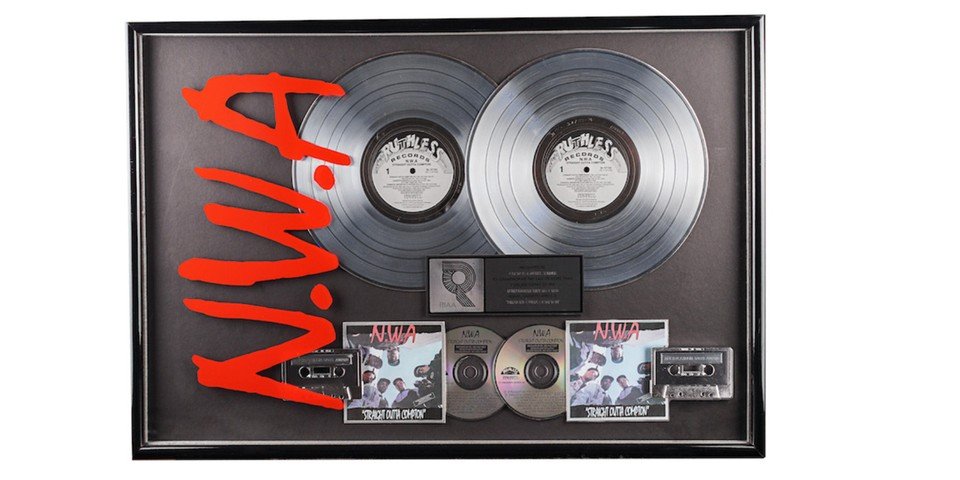 An N.W.A. album award is being auctioned off as an NFT. The winning bidder will walk away with the double-platinum sales plaque for the Straight Outta Compton.

Auctioned with an NFT that verifies ownership and can be redeemed for the physical version, the plaque was owned by the late hip-hop mogul Bryan Turner. As co-founder of Priority Records, Turner was behind the singing as N.W.A., as well as Eazy-E, Ice Cube and Mack 10. His work at Priority and eye for new talent helped it to become the top selling independent label of the 1990’s.

The gold sales plaque for the California Raisins’ album Sing The Hit Songs is also up for auction. Another Priority-signed act, the Raisins were a fictional animated blues group, with vocals sung by Buddy Miles.

Organized by Lobus, the auction began on yesterday, March 15, and will wrap up on March 22. The auction is being held on the Ethereum blockchain and payments can be made in either crypto and fiat. A portion of the proceeds will be donated to the Y.M.C.A.

In other NFT news, Mark Zuckerberg says NFTs are coming to Instagram.