As Four Major Italian Museums Sell NFT Reproductions of Masterpieces, Some Say Digital Editions Could Be Better Than the Real Thing – artnet News 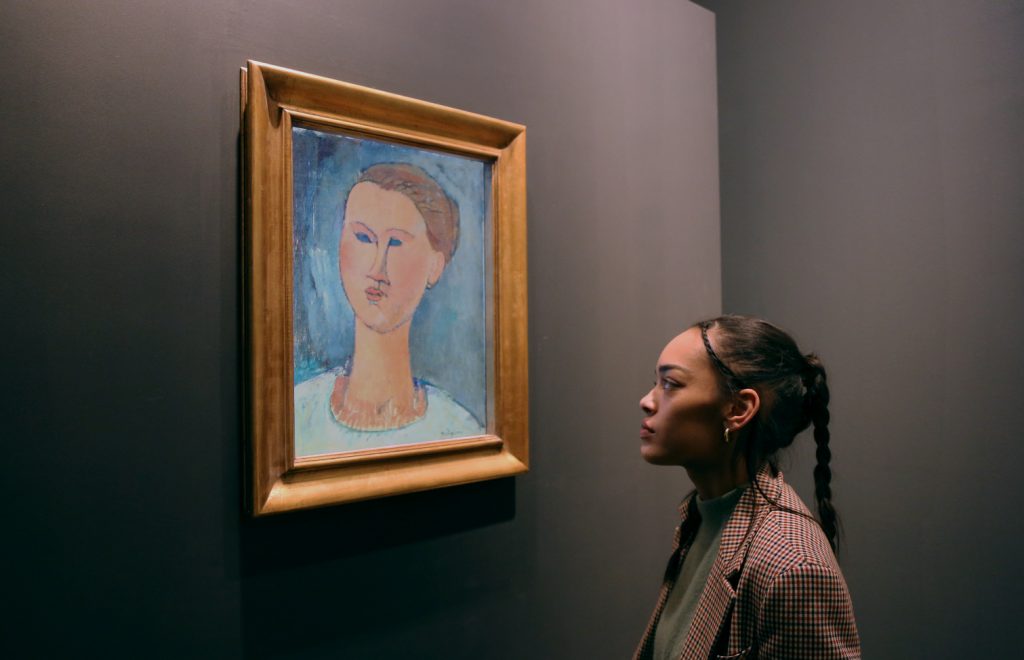 Cash-strapped museums suffering from a drop in visitor numbers and income during the pandemic may have found a lifeline in the form of a new partnership with a tech company and a commercial gallery.

Four major Italian museums, including the Uffizi Galleries in Florence, have signed onto an ambitious project that will see them sell editioned digital replicas of priceless masterpieces from their collections as NFTs.

The project debuted at London’s Unit gallery, in an exhibition titled “Eternalizing Art History,” which displayed digital replicas of six famous Italian masterpieces by the likes of Raphael and Leonardo da Vinci. These authorized digital copies are shown on digital screens set within handmade replicas of the artworks’ original frames. Each of the digital works (dubbed DAWs by the tech company that made them, Cinello) has been certified on the Ethereum blockchain and can be traded as an NFT. They are available in editions of nine—a common edition size for sculptural works—that are priced at between €100,000 and €250,000 ($114,000–$284,000) apiece.

The participating museums—Milan’s Pinacoteca di Brera and Veneranda Biblioteca Ambrosiana, Florence’s Uffizi Gallery, and the Complesso Monumentale della Pilotta di Parma—have signed off on the reproductions in exchange for 50 percent of the net revenue from the sale of the works, which will fund their art conservation programs. (The remaining 50 percent is split evenly between the gallery and its tech partner).

The move is part of a broader effort to tour works that cannot be moved due to their fragile state of conservation, and to show them to audiences experiencing more limited travel options. But, as professor Guido Guerzoni of Bocconi University said at the unveiling of the exhibition, the commercial endeavor is about more than just reaching new audiences.

The professor added that while the pandemic forced museums to reconnect with local audiences, this strategy is not sustainable in the long run for museums like the Uffizi, which rely on revenue from international tourism. In the absence of physical visitors, museums rushed to deploy digital strategies to reach audiences—which themselves require a huge investment—but few of these digital initiatives have actually been successful revenue generators. Initiatives like this, which may have been regarded as “unthinkable” a few short years ago, are now being lauded as entrepreneurial solutions to the real world problems institutions are facing.

Joe Kennedy, director of Unit London, told Artnet News that there has been “overwhelming interest” in the project so far, with five sales confirmed, and a further 12-15 expected to be confirmed by next week. Audiences at the opening were divided on a philosophical question: whether experiencing the digital reproductions could ever be considered a like-for-like experience with standing in front of their originals. “The DAWs are not intended to compete with the original paintings. It’s important to recognize that they are reproductions,” Unit’s Joe Kennedy told Artnet News, adding that their mobility allows them to reach new audiences and reveal the fascinating history and context of the original paintings. “They act as a storytelling tool which ensures these iconic works live on through new generations of art enthusiasts and only enhances the magical experience of viewing the original painting in person.”

But in an age where the metaverse and NFTs are in fashion, this view of the sacredness of the original—while perhaps shared by this reporter—might not be the only answer to this question. Panelist Serena Tabacchi, Cinello’s partnership manager, considered the experiences indistinguishable, and artist Misan Harriman postulated that getting up close and personal with the high quality copies could offer an “even better” experience for audiences.

“I don’t know if the aura of the original is the same thing in our time,” art historian and Unesco Florence director Carlo Francini said, referencing Walter Benjamin’s seminal text The Work of Art in the Age of Mechanical Reproduction, which argued that the “aura”—or the unique aesthetic authority of a work of art—is absent from a mechanically produced copy. “Maybe now we are totally evolved digital spirits.” Indeed, if the “Immersive Van Gogh” phenomenon has taught us nothing else it is that people—some of whom may never have an interest in seeing the originals—will flock, and pay well, to experience digital reproductions. To some of these audiences, the copies of masterpieces by Leonardo, Caravaggio, Rafael, Modigliani, and Francesco Hayez could hold just as much sway as their originals.

While the initiative seems like a no-brainer for museums, which have educational missions, and bank accounts to fill, the idea raises an interesting quandary. Considering the fragile state of conservation of many of these masterpieces—cited as one of the motives for the project—it is very well possible that these digital copies could outlast their original counterparts. Which in turn begs the question of institutional responsibility concerning ownership of these priceless objects, and whether they should be so cavalier about them disappearing into private hands.

“Eternalizing Art History: From Da Vinci to Modigliani” is on view at Unit London through March 19.