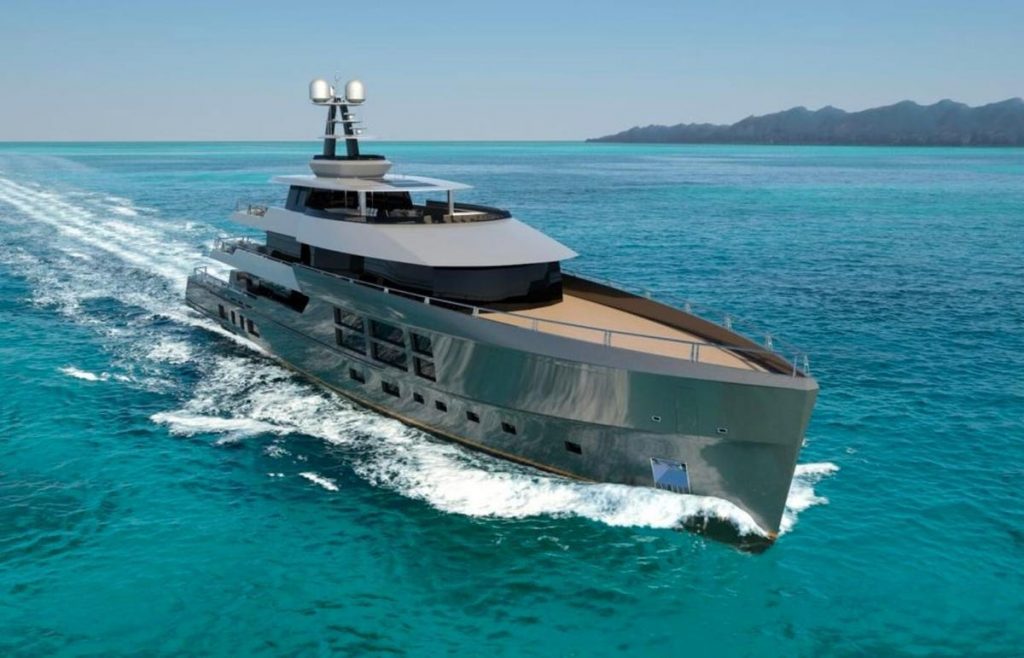 It was always going to be just a matter of time before megayachts would be designed for the metaverse. So…I’m not surprised to see that some of the world’s leading superyacht designers have teamed up with Cloud Yachts and the superyacht experts at Denison Yachts to release a limited series of 100 megayacht NFTs at the Miami International Boat Show.

In fact, once I learned that well-known yacht design firms including: Bannenberg & Rowell, Gregory C. Marshall, David Weiss and Marco Casali will be releasing NFT’s in the coming weeks, the idea of having a digital superyacht in the metaverse that’s actually designed by an award-winning yacht designer seems like it could end up being a lot more fun to own (and valuable) than some of the other NFT’s that are grabbing headlines with jaw dropping prices these days. In fact, Miami Boat Show NFT release buyers will receive 1 general admission to this year’s show while the buyers of “Hull #1” will receive five year access to Windward VIP section of the show (valued at $1,875).

Anyway, for those who have no idea what I’m talking about, a NFT (non-fungible token) contains unique digital identifiers that cannot be copied, substituted, or subdivided. Each NFT is recorded on a blockchain which is used to certify the authenticity and ownership of a specific digital asset. So…the idea is…a superyacht in the metaverse can be as unique as Jeff Bezos’s new superyacht will be when it’s officially launched in Holland later this year.

In addition to the 100 unique superyacht NFT’s that will be dropped over the course of the Miami Yacht Show later this week, a 206-foot-long new-build project designed by Gregory Marshal will also be available for purchase as an NFT. This first-of-its-kind project will allow a client to work with the award-winning designer to customize their superyacht in the metaverse using augmented reality technology. The project is currently priced at $ 95 million or 30,148 ETH (as it’s currently valued at the time of this release), but who knows what the final price will be?

“Our team is honored to represent some of the world’s best and emerging superyacht designers,” explains Zach Mandelstein, founder of Cloud Yachts.

“We’re aware of the short-term NFT craze so we’ve set our sights on the long-term utility that this blockchain technology offers. Whether it’s by facilitating transactions, revolutionizing the new-build experience or something we haven’t yet imagined, we’re enthusiastic to participate in this virtual economy.”

Additional upcoming NFT releases include Bannenberg & Rowell’s on March 1st, the Palm Beach Boat Show Collection on March 24, 2022 and the Boat International “Young Designer Of The Year” drop on April 15.

Stay tuned my friends. This is only the beginning.