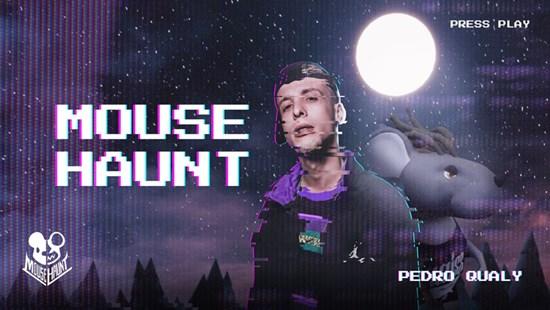 Estonia, Tallinn–(Newsfile Corp. – February 28, 2022) – Pedro Qualy, a Brazilian rapper released a song about an NFT game that broke Seedify’s record. Following in the footsteps of the biggest rappers in the industry, Brazilian rapper Pedro Qualy, a member of the group Haikaiss, announced a partnership with Mouse Haunt, the play-to-earn game that broke Seedify’s record in its IDO.

The line that divides the worlds of music and games is getting thinner with the arrival of Blockchain Games.

Play-to-Earn games are booming, with a capitalization of $22 billion. This growth has been driven by a number of musicians and artists, who are buying NFTs and announcing partnerships with blockchain games.

In addition to his work as a musician, Qualy also streams playing play-to-earn games on Twitch.

The partnership resulted in the creation of an exclusive music video with original lyrics featuring the game’s innovative gameplay, describing its dynamics, and showcasing never-before-seen in-engine scenes.

The song was released to the public along with a music video on February 25th during their Minting Event, on https://www.youtube.com/c/MouseHaunt.

As every good rap needs a soundtrack, the beat of the song was created using the elements of the game’s official soundtrack. The lyrics were entirely created by Pedro Qualy and Mouse Haunt’s CEO Pedro D’Andrea, based on Mouse Haunt’s gameplay.

In the game, users get into the shoes of different Mouse Heroes heroic mice with different characteristics; to escape from the Ghost Villains and get the much-desired cheese.

One of the great attractions of the game is the fact that the combat between the players is asymmetrical. In every game, one player starts as the ghost and the others as the Mouse Heroes.

Whoever is killed in the gameplay joins the ghost team and goes on to fight their former comrades, constantly shifting the odds of the battle.

To prevent heroes from achieving their goals, ghosts can “possess” virtually any and all objects in the setting, using them to attack mice. They can also activate deadly traps such as industrial ovens, wrecking balls, and suits of armor.

It is the first time that the new Ghosts Villains, designed by the Mouse Haunt team, have been seen. The colourful upcoming NFTs look fantastic, once again pushing originality and quality. According to the project’s roadmap, they are not for sale yet but will be coming to market in Q2 2022 and Mouse Haunt is looking forward to that.

Each object in the scenario can be used differently to hit the mice, so as the rapper tells in the song, during the game everything around you is dangerous.

One of a kind Mouse Hero NFT

Alongside the music video, the Mouse Haunt team prepared a unique Mouse Hero NFT for the Rapper, customized with his tattoos and personal features.

No other NFT like this will ever be created, which makes it especially rare and makes Qualy the first Brazilian artist to have a unique and exclusive NFT in a blockchain game.

The game has an economy integrated into the BSC (Binance Smart Chain) network and will use 2 Tokens, $MHT, and $MCHEESE for issuing rewards.

$MHT has already been publicly listed and can be purchased through PancakeSwap and other decentralised exchanges.

In their IDO on Seedify, MHT broke the platform’s records, depleting the huge allocation of 1,425,000 Mouse Haunt Tokens available – in just 17 seconds!

Mouse Haunt has already sold its first Packs with NFTs, which will soon be opened to reveal the most peculiar mice. Mouse Heroes are available in different rarities: common, rare, epic, and legendary.

In just under 4 months, Mouse Haunt reached a community of 80,000 members on Discord and a Twitter page with over 100,000 followers.

Mouse Haunt already has a version available for testing, but the release of the play-to-earn version is planned for March 2022, according to the developers. The first game mode called “Lock and Load” is scheduled for release in the first quarter of this year (Q1 2022).

The “Castle Heist,” the PvP mode that has all the features mentioned in the song, is scheduled for the third quarter of this year (Q3 2022).

“The word that sums up our partnership is satisfaction.

I am a fan of the Mouse Haunt project and when I contacted them I realized that they are also fans of my projects and my work. I was very satisfied with this and I hope that this partnership bears good fruit for us.

We created the music and I’m already part of the game too. I’m training hard because dad Qualy will be giving free Mouse Haunt lessons!”

Disclaimer : There is no offer to sell, no solicitation of an offer to buy, and no recommendation of any security or any other product or service in this article. Moreover, nothing contained in this PR should be construed as any recommendation. Readers are encouraged to do their own research.

To view the source version of this press release, please visit https://www.newsfilecorp.com/release/115093