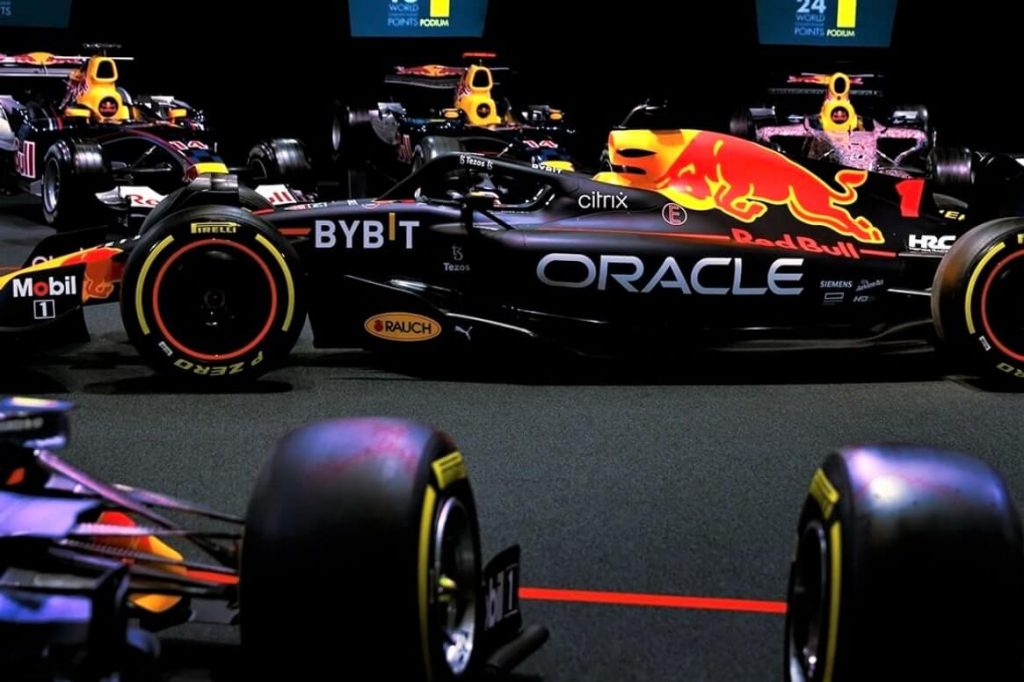 Bybit, one of the top 10 crypto exchanges by spot volume, has entered into a major sponsorship agreement with the Formula One team Oracle Red Bull Racing, with the exchange now taking on a new role of the “Issuance Partner” for fan tokens and non-fungible tokens (NFTs) for the racing team.

With a value of USD 50m per year for three years, totaling USD 150m, the deal marks the largest sponsorship agreement on a per-year basis for any crypto company in sports.

It is followed by Crypto.com’s sponsorship of the Los Angeles arena formerly known as Staples Center, now Crypto.com Arena. That deal is worth USD 35m per year, although the total over the 20 years that the deal will last is significantly higher at USD 700m.

The deal between Bybit and Oracle Red Bull Racing means that the exchange will become a Principal Team Partner of the racing team, while also being designated a Tech Incubator Partner, as well as a Fan Token Issuance Partner.

It further said that “NFT activations” and “social tokens” are a part of the plan, but without elaborating further.

The USD 50m annual sponsorship fee will be paid in a combination of cash and BIT tokens, the announcement said. BIT is the governance token of Bybit’s investment-focused decentralized autonomous organization (DAO) BitDAO.

The new sponsorship deal is not the first time a crypto-native company has ventured into Formula 1 to help with the issuance of so-called fan tokens, which some have predicted will become an ever-more important way for sports teams of all kinds to generate revenue.

Last June, McLaren Racing announced a long-term sponsorship deal with the Turkish crypto exchange Bitci.com, which also included the release of NFTs and a fan token.

According to a Bloomberg report published yesterday, however, the sponsorship agreement has now been terminated, with no reasons given for the termination and no mention of the future of the fan token.

The termination followed news from last week that a planned Bitci.com fan token for Premier League football team Wolverhampton Wanderers had yet to be issued despite the deal being signed last June.

The team is still carrying out due diligence, unnamed sources “familiar with the matter” told Bloomberg in regards to the reason that the tokens had not yet been issued.