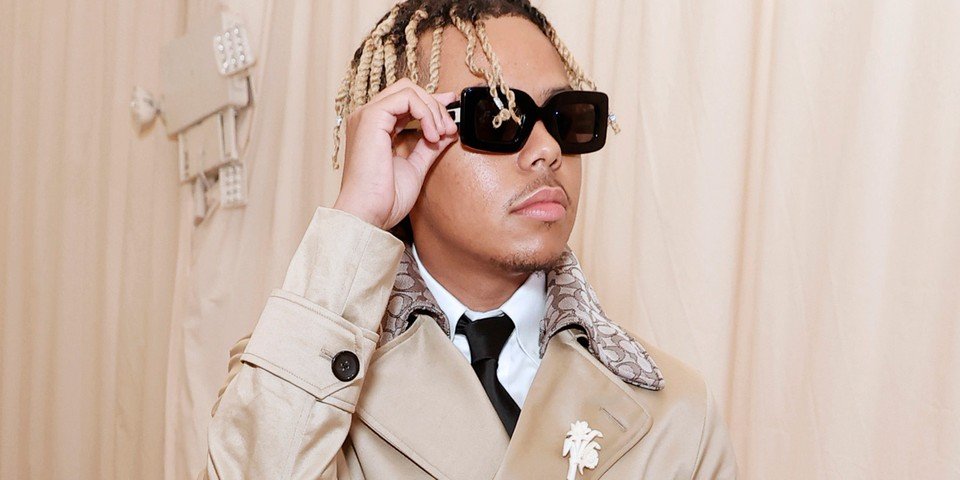 A little over a month out from the release of his highly-anticipated sophomore album, From a Birds Eye View, Cordae has already moved on to his next creative project. A self-described “futurist,” the 23-year-old breakout rapper told HYPEBEAST that he is drawn to anything new and innovative – and for the time being, that means pivoting from music to explore NFTs.

“I always like to just put my head into it and do research to learn more about it,” Cordae said of exercising due diligence before hopping onto a new creative project. “In general, I like to think into the future. Learning and doing research, NFTs were definitely something that caught my interest.”

It seems that the rapper already has a built-in audience for his new venture into digital collectibles. Earlier today, Cordae debuted his first NFT collection titled “IDENTITY,” a collaboration with designer Shaylin Wallace. Last week’s pre-sale of the surrealist series, which took place exclusively on NFT marketplace OneOf, sold out in less than a minute.

The “Bad Idea” rapper was already a fan of Wallace, who is known for her work manipulating stock images using Photoshop to transform them into fresh compositions. “Shay is an incredible artist,” he said. “I try to only work with other artists, if that makes sense.”

Together, the two creatives conceptualized a series of graphic pop-art inspired by the rapper’s personal style, with each NFT featuring a faceless rendering of Cordae in a different outfit. One artwork outlines Cordae’s iconic twists – a hairstyle he’s maintained since his early rap days in 2018 – and a pair of overalls. In another, he sports an ‘80s-style windbreaker, his face replaced by a retro boombox.

“A lot of these NFTs are based upon my earlier style, around The Lost Boy era,” Cordae explained, referencing his 2019 debut album. “Like the OG hair colors and the things I used to wear, like vests all of the time.”

He sums up his present-day style as “real jacket-based,” which is also reflected throughout the NFT collection. “I love a hoodie-jacket combination or a good Harrington jacket.”

When it came to releasing the NFTs, the rapper made it his mission for the series to be accessible and affordable to his fans. OneOf NFTs are minted on the energy-efficient Tezos blockchain, which leaves a carbon-neutral footprint and yields lower transaction costs. Each of the 5,555 IDENTITY NFTs is priced at $55 USD.

“I’m not one of these people that’s trying to just come in and, you know, bleed out the community,” Cordae said. “The NFT space has its own ecosystem, its own community. To be a part of that is something that’s huge for me. To just enter into space with open arms.”

Moving forward, Cordae continues to envision the potential of further integrating NFTs into his craft. Artists like Deadmau5 and Grimes have released new music in the form of NFTs, an idea that Cordae said he’s “definitely open to” down the line. “There are so many different aspects and possibilities in NFT space that are really exciting.”

“I’m going to work on learning more to integrate myself within the community in a real organic way and to continue to build upon this,” he concluded.