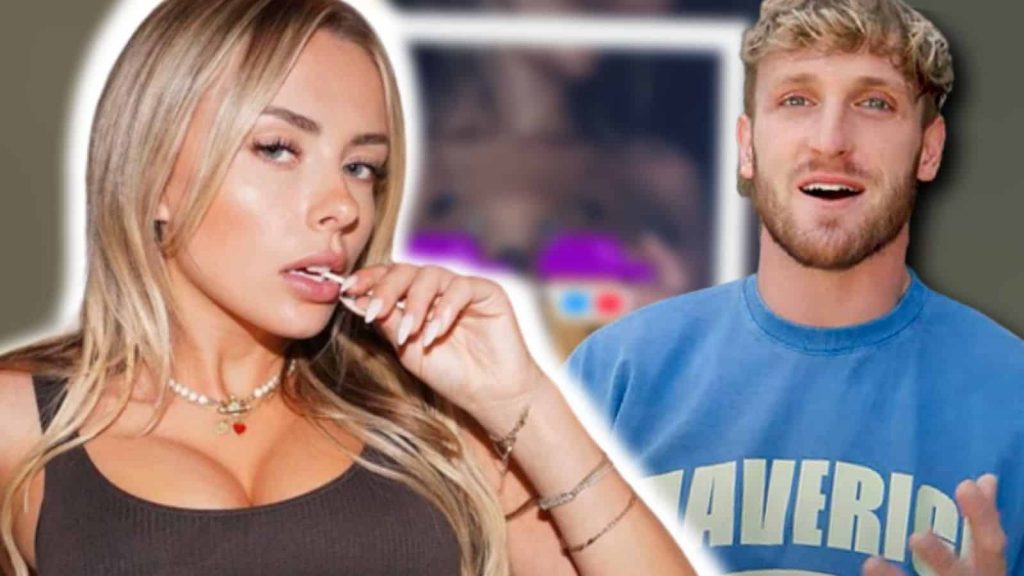 Logan Paul’s latest Originals NFT auction gave a new meaning to the acronym with the label ‘Nice Fkn Titties’ and many are convinced it’s one of his influencer friends in the photo – so Corinna Kopf responded.

The 99 Originals set has been staggered out by the eldest Paul brother since he first announced it in April 2022, featuring 99 (shocker) Polaroid photographs that his fans, or investors, can snap up for the right price.

A number of high-profile sales have been made for non-fungible tokens in the collection so far, though there’s something about the May 27 drop that tells us it will be one of the most popular to date.

Corinna Kopf is rumored to be the person behind Logan’s latest NFT drop.

The image itself shows a girl holding her breasts, with a lecklace around the neck. Only the neck and some hair can be seen, meaning that the identity behind the snap was not revealed – leaving fans guessing.

This time, the perks for purchasing the NFT are a little different – including the following:

It didn’t take long for Logan’s followers to start guessing who it might be, with two girls coming in as strong contenders.

Those would be Jake Paul’s girlfriend, Julia Rose, who is known for posting raunchy photographs for her own publication. And the second… Corinna Kopf, a close friend of Logan’s who has previously dated him.

Hours after the NFT was revealed and put up for auction, the influencer who says she’s made millions of dollars with OnlyFans content responded on Instagram. Taking a quick break from her European vacation, she posted a story saying “Who’s this?”

Corinna Kopf responded to fans making the connection on May 27.

While the identity behind the NFT shot is still not officially confirmed, it’s the biggest hint yet that this is a Corinna Kopf photograph.