Crypto Donations Pour into Ukraine – Here’s How You Can Contribute 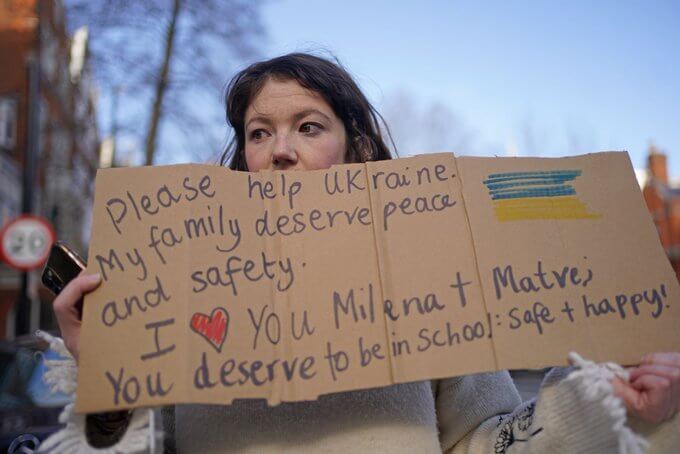 Cryptoassets are proving themselves to be a useful method to raise money for organizations in Ukraine, as banks implement new restrictive measures and at least one fiat-based fundraising service has suspended donations to a Ukrainian non-profit.

Given the current situation on the ground in Ukraine, there is no shortage of non-profit organizations and charities that are raising money in support of the Ukrainian people. So far, however, not everyone is accepting crypto, although the number of those who do is growing by the day as a result of the circumstances making fiat-based transfers more difficult.

Notably, new measures introduced by the National Bank of Ukraine – the country’s central bank – have made it significantly more difficult for Ukrainian organizations to rely on banks and traditional fiat-based money transfer systems.

Among the new rules is an order to suspend the issuance of e-money and the replenishment of electronic wallets with e-money. In addition, the country’s foreign exchange market has been suspended, with the official exchange rate for the national currency now fixed, while cash withdrawals have been limited to 100,000 Ukrainian hryvnia (USD 3,339) per day.

As an alternative, some in Ukraine, as well as people abroad who are seeking to support the country have turned to crypto as a more effective solution.

Based on a review done by Cryptonews.com, the following Ukrainian organizations accept bitcoin (BTC) or other cryptoassets for donations (the list may grow as we discover more organizations):

In addition to these established organizations, members of the crypto community have in recent days joined forces to set up the following crypto-native organizations in support of Ukraine:

Additionally, several other lists have also been shared online, although many of the organizations listed still do not accept crypto. Among these was the list shared on Twitter early Friday by the bitcoin advocate and Chief Strategy Officer at the Human Rights Foundation, Alex Gladstein.

Among the organizations that accept crypto donations, The Kyiv Independent set up its bitcoin wallet as recently as on Thursday this week. As of this writing (14:30 UTC), the wallet had already received some USD 23,000 (0.58 BTC) in donations.

Meanwhile, Come Back Alive, the non-profit that supports Ukraine’s armed forces with equipment, has received millions of dollars via its bitcoin donation wallet, with a single inbound transaction worth over USD 3.1m (BTC 80) seen just before 09:00 UTC on Friday.

And although many non-profit organizations are accepting crypto, the Ministry of Defense of Ukraine said on its donation page that “national legislation does not allow” bitcoin and fiat-based platforms like PayPal to be used for government donations.

The National Bank too announced that it has opened a fundraising account to support the Armed Forces of Ukraine. “It has been established and opened to receive transfers from international partners and donors,” with multiple currencies being accepted, the announcement says, naming USD, EUR, GBP, and UAH.

The sizeable donations were seen as the fiat-based fundraising platform Patreon suspended a donation page for Come Back Alive, citing a violation of its policies.

“We don’t allow Patreon to be used for funding weapons or military activity. It is a violation of our policies, and so we have removed the page. All remaining funds in the account will be refunded to contributors,” the company said in a statement published on its website today.

The move drew criticism from members of the crypto community, with some comparing it to similar action taken by the crowdfunding sites GoFundMe and GiveSendGo to stop donations to the ‘Trucker Convoy’ protests in Canada over COVID-19 measures.

Meanwhile, some companies from the world of crypto have also chosen to take matters more directly into their own hands.

Among them is FTX, the crypto exchange led by crypto billionaire Sam Bankman-Fried, which said it has given out USD 25 to each Ukrainian FTX user. “Do what you gotta do,” the FTX boss added to a tweet where he announced the move.