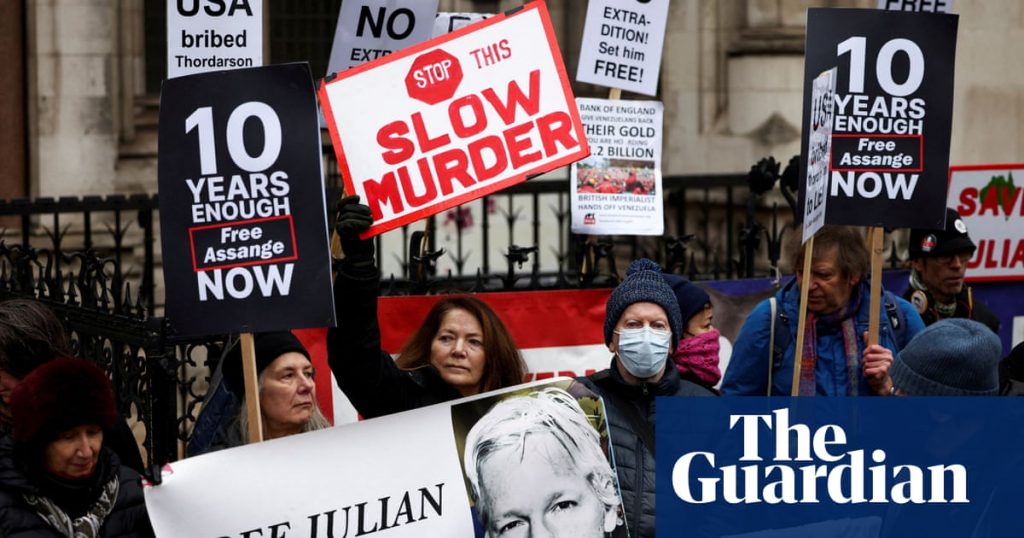 An online auction of digital art raised more than $52m worth of cryptocurrency to help fund Julian Assange’s legal defense, the winning bid coming from a group of supporters who had pooled their money.

The Australian-born WikiLeaks founder is battling extradition from Britain to the US, where the authorities want him to face trial on 18 criminal charges including breaking a spying law, after WikiLeaks began to publish thousands of secret classified files and diplomatic cables in 2010.

Last month, Assange, who remains in a London prison, was given the chance to challenge approval of his extradition at Britain’s highest court.

Assange collaborated with a cryptocurrency artist known as Pak to sell a collection of NFTs called Censored in an online auction to raise funds to support his case.

NFTs, a kind of cryptocurrency asset, use blockchain, a type of digital ledger, to record the ownership status of digital files such as images, videos and even items within online games.

The centrepiece of the auction was an NFT artwork, Clock, that displays the number of days Assange has been imprisoned in white text on a black background. It updates each day.

The Clock NFT fetched 16,593 of the cryptocurrency ether, worth about $52.8m, at 2pm UK time on Wednesday. It was bought by a group of more than 10,000 Assange supporters called AssangeDao. A decentralised autonomous organisation (Dao) is a sort of online community that allows members to pool their money and use blockchain-based tokens to vote on decisions about how the group is run.

Proceeds from the sale of Clock will go to support Assange’s legal defence.

Amember of the AssangeDao team, Amir Taaki, told Reuters: “The AssangeDao represents a Rubicon that’s been crossed. The cypherpunks have rallied to Assange.“

The Censored auction also allowed supporters to create their own NFTs, choosing an amount to pay and typing in a short message that gets turned into an image showing the words struck through, as though censored.

Supporters raised more than 671 ether ($2.1m) in this way, creating 29,766 “censored” messages, with the proceeds going to pro-freedom organisations chosen by Assange and Pak.

NFTs surged in popularity last year, leaving many people baffled as to why so much money is being spent on items which do not physically exist and which anyone can view for free.

But NFT enthusiasts say their value comes from their social status or origin story. Others see them as a way to bet on the development of “Web3”, a more decentralized version of the internet.

In December last year, more than 28,000 people bought items in an NFT sale by Pak which fetched $91.8m in total.