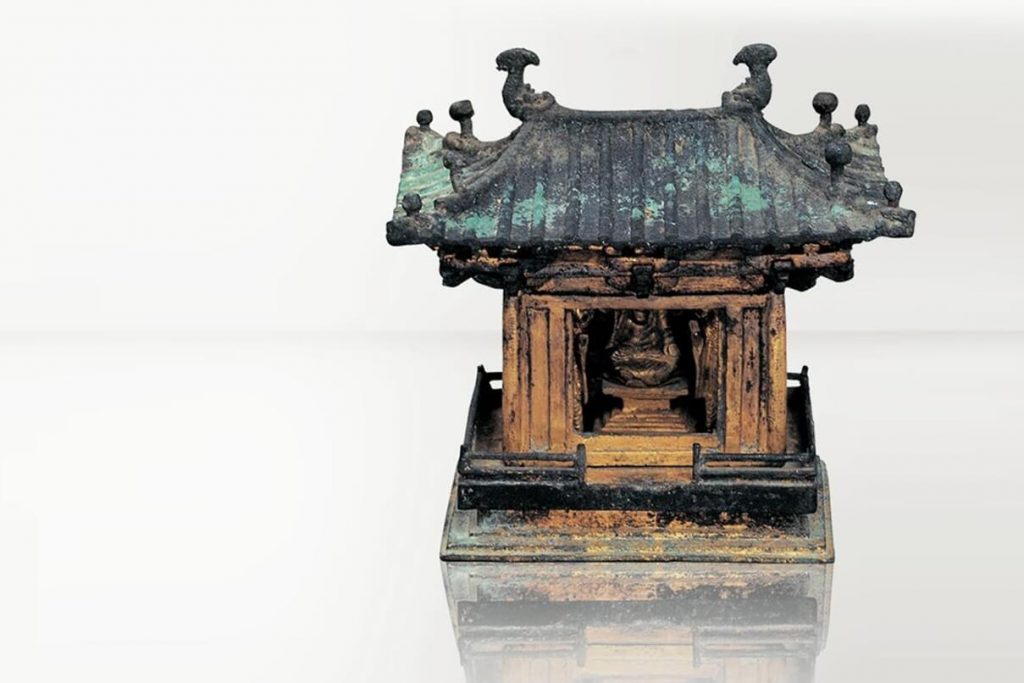 A decentralized autonomous organization (DAO) has bought a South Korean national treasure – in what represents a remarkable first for the nation’s culture and crypto sectors.

ChannelA reported that the national treasure – a miniature gilt-bronze shrine that accompanies another piece – had been put up for auction by the Kangsong Art Museum in January and has been bought by a crypto-powered DAO.

The piece dates back to the early part of the Goryeo Period of Korean history (918-1392) and is part of a set that comprises a trio of gilt-bronze Buddhist deities – in essence, a “home” for the three figures.

The cash-strapped Kangsong Art Museum had hoped to raise at least USD 2.18m for the shrine in January, as well as over USD 2.5m for the figures. However, the auction on the items had to be closed after no bids were forthcoming on either.

But the museum announced that the “Singapore-based” Heritage DAO had bought the shrine for an undisclosed figure – and had promptly donated 51% of the item’s ownership to the museum, where it will now be permanently displayed in its “physical form.”

The remaining 49% will be retained by the DAO, which will seek to make fractionalized ownership of the item available to its members. These members could then be free to trade their shares in the treasure as NFTs.

The museum was quoted as stating:

“We are grateful that Heritage DAO, a blockchain-based community of global culture lovers, has decided to make this permanent donation and the majority stake donation based on their love and interest in [Korean] cultural heritage.”

The media outlet reported that the DAO had been eyeing the bidding process back in January, but had evidently failed to meet the reserve price – mustering some USD 1.5m worth of ethereum (ETH).

The museum was tight-lipped on sale price details, but called the donation “unconditional.”

The Korea Herald further quoted the museum as stating that it had been “surprised by the offer,” which had been “made about a month after the auction failed.”

The report added that under existing cultural heritage laws, state-designated national treasures “are not allowed to be taken out of the country.”

ChannelA noted that the fact that the accompanying figures are still looking for a buyer – a suggestion that if the DAO – or another like-minded body – does not stump up the funds required to buy the other half of the piece, the tiny deities could yet be separated from their shrine.

Most of the DAO’s purchases to date have been photographs, but it has previously made physical item purchases, including “several rare historical items” such as “glass plates from the Meiji Period of Japan history, and the Middle East [in the] late 1800s.”

Back in January, Forbes reported that the DAO had been eyeing the auction. A member of the DAO, Leon Kim (also the CEO of a firm named Crayon) was quoted as talking up the idea of contacting the museum over a possible “private sale” deal.

The same media outlet added that the piece may be even older than the listed date on the South Korean Culture Heritage Administration’s website – and may date back to the 6th century CE.

Kim said, at the time:

“We would love to purchase National Treasure Number 73 with whatever we have raised so far in a private deal to be struck with Kansong Art museum facilitated by the auction house.”