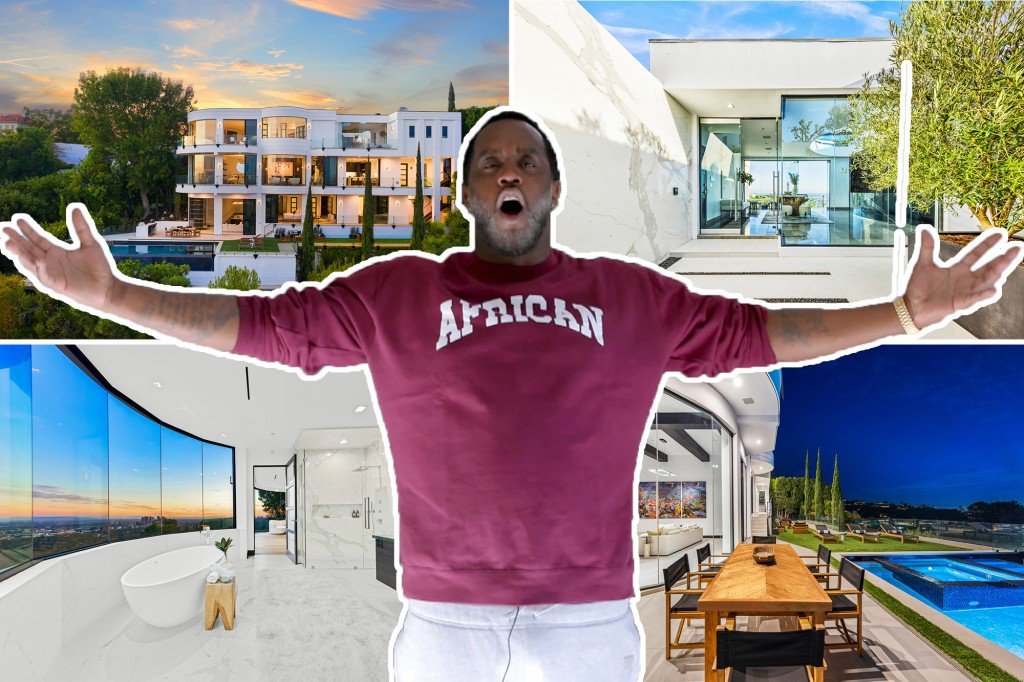 The “It’s All About The Benjamins” rapper, 52, lived in the home from 2008 to 2013 when he starred in the film “A Raisin in the Sun” and won BET awards for the songs “Dirty Money” and “Hello Good Morning.”

Tucked away behind gates, the newly-remodeled home has five bedrooms and six bathrooms spread over three floors.

The house also features glass windows and balconies that line the perimeter of the home, providing panoramic views of Los Angeles all the way from the Pacific Ocean to Downtown Los Angeles.

Located in the Beverly Crest neighborhood, the property features a courtyard with an olive tree and a waterfall, a chef’s kitchen with two islands and a private elevator.

Amenities come with two wet bars, a jacuzzi spa and a heated infinity pool with a barbecue station.

The primary suite is situated on the top floor offering optimal privacy and features a Calacatta-clad en-suite bathroom with dual showers, separate toilets, a steam room and a soaking tub, the listing states.

“An entertainer’s paradise, the layout of this home is ideal for those who like to host,” the press release stated.

The space proved to be an “entertainer’s paradise” in July when the residence hosted the first NFT mixer and gallery. The event featured an array of NFT art for viewing and for purchase, as well as IRL NFT fractionalized art by renowned creators like Basquiat and Salvador Dali provided by EcoFi.

In October, Diddy listed the home, where his former girlfriend of 13 years, Kim Porter, was found dead from pneumonia. The home is currently under contract and found a buyer a month later.