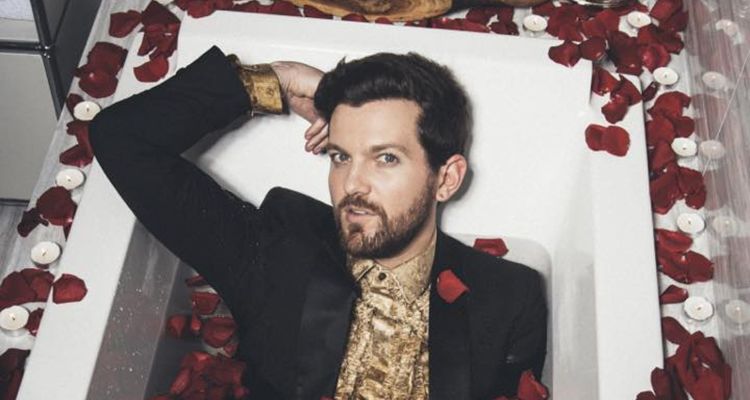 Dillon Francis has signed an exclusive residency deal in exchange for an NFT and a record collab.

The noted electronic musician agreed to an exclusive residency with Big Night in exchange for an NFT from the Bored Ape Yacht Club collection. BAYC #378 was given to Francis as part of the deal. The deal also includes a record collaboration with electronic duo ESCAPΞPLAN.

The Bored Ape NFT is only part of the compensation Francis will receive for his residency. But it does mark the first time that an NFT has been a part of a music contract like this.

“This agreement between New England’s biggest entertainment and artist management powerhouse and a titan of popular electronic music signifies the impact of next-gen digital media, NFTs, music, and artistry on how deals are made today,” says the Big Night Talent team.

“Having Dillon on board to work with ESCAPΞPLAN is a monumental step in pushing the project forward, shattering the paradigms of music and the NFT landscape,” says Tim Bonito, Managing Partner at Big Night Talent. Of course, this new residency isn’t the first foray into NFTs for Francis, either.

In 2021, Decentral Games and Atari launched a partnership for a branded casino. Dillon Francis played at the launch party and dropped an exclusive set of NFTs on his own. One of those NFTs sold for 6.4 ETH ($17,700). Francis also collaborated on a video NFT with 3D artist Nicole Ruggiero.

“I’m excited to collaborate with ESCAPΞPLAN and partner with Big Night on our shared love of music, NFT, and creative communities,” says Francis. “I’m proud to now be a member of the Bored Ape family and expand my Big Night relationship.”

Big Night Talent signed ESCAPΞPLAN as the first music-producing duo of the Bored Ape Yacht Club. The group is comprised of brother apes ETHan (#4321) and zeETH (#309), whose origins lie in the snow-covered mountains of Sethan Village, India. Big Night Talent discovered the apes on OpenSea and signed a landmark deal to develop and manage the duo’s careers, collectively and as individuals.