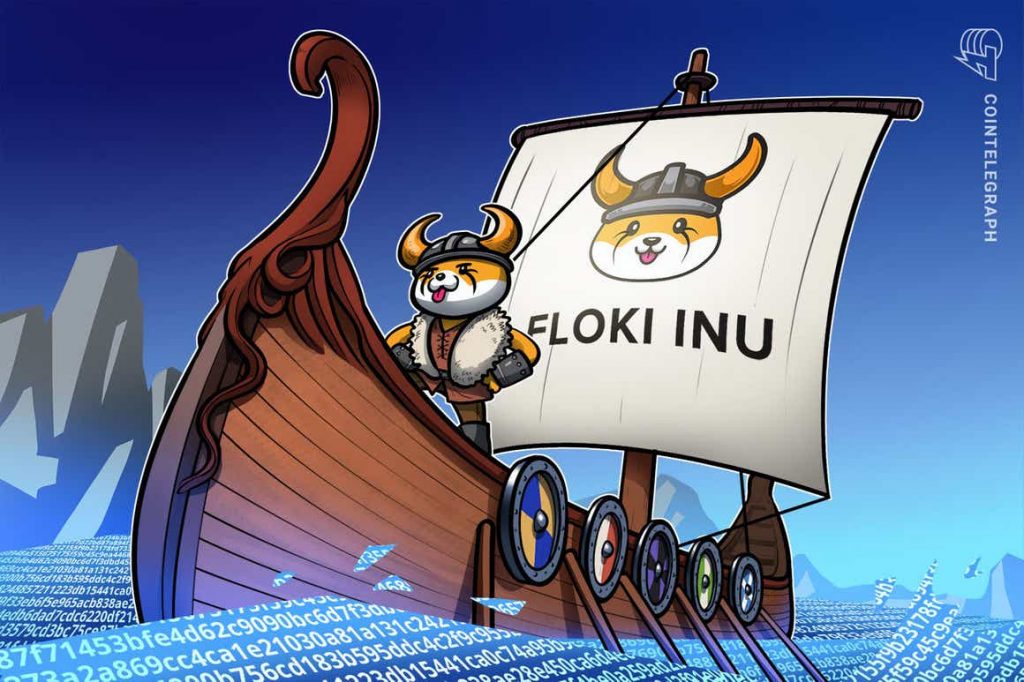 A dog that once gained popularity as a meme with broken English has since evolved into an entire movement for the people. While many consider these currencies for their innovation and investment opportunities, technology is only really good if it makes life easier and contributes to making the world a better place. By using the popularity of memes, along with real utility and charitability, comes power and opportunity to those once considered the underdogs. As a result, the dog pack is operating full steam ahead, with what might be a new leader.

Branded as a “movement token,” FLOKI aims to do so while being the world’s most known and used cryptocurrency. FLOKI was born from a tweet from Elon Musk himself, where he shares, “My Shiba Inu will be named Floki.” It was only months after this announcement that Elon Musk purchased a Shiba Inu and, in fact, named it FLOKI. Following this announcement, FLOKI shot up over 100% and has maintained a very strong floor ever since. Like Dogecoin (DOGE) and Shiba Inu (SHIB), Elon is playing a large role in the recent coin pump, a role that doesn’t seem to be slowing anytime soon.

While many other tokens have tried to ride the wave following the announcement of Elon Musk’s new dog, Floki was the first to launch after his initial tweet. In the last two months, FLOKI has skyrocketed by over 1,400%, now sitting at about 2.5 billion in market cap, 1/50 the size of DOGE. As a member from their team shares,

“With over $1,500,000 dedicated to marketing each month, FLOKI ambitiously strives to brand itself so that it is synonymous to the general investor, with Bitcoin (BTC), Ethereum (ETH) and Dogecoin. In addition, Floki Inu seeks to maintain value by bringing one of the first meme tokens to actually incorporate real utility, mainly through its NFT Metaverse that will be run on the Floki Inu token.”

Metaverses have gained popularity with games like Axie Infinity (AXS) reporting over $700,000,000 in revenue this year so far. As only one example of this growing future, FLOKI has looked to Valhalla for the coin’s utility. Valhalla, an NFT gaming metaverse, creates a world where people who might never have gotten the chance to learn about cryptocurrency and blockchain technology while earning. The metaverse will feature on-chain interactions and upgradable NFTs, with the potential to disrupt the gaming industry as a whole.

With the recognition of the unemployment issue worldwide, the FLOKI P2E NFT game wants to solve this problem by helping many people make a living through play-to-earn (P2E) gaming. The game begins with a player coming of age when the Viking way of life begins. Players will begin their journey on Floki Island, home to all the beginning players, a couple of NPCs, and major buildings.

The only catch, the user’s home, Floki Island, is being overrun by Vera, short for “vera til,” an upgradable creature found in the world of Valhalla. By purchasing them or capturing them, players can use them in the game’s turn-based battling system.

Floki Inu uses a series of targeted and somewhat aggressive marketing campaigns to keep the momentum moving. In fact, Floki has already contracted to spend their $1,500,000 budget for marketing in several major metropolitan areas. This contract includes advertisements in the London Underground, over 300 London buses and 329 locations in the Heathrow International Airport, which the team has described as a “full-out assault on the city.” Additionally, the two-time heavyweight champ boxer Tyson Fury has also joined the Floki Viking Family. The intent is that this combination of activities, along with FLOKI getting listed on high-level exchanges and onboarding a number of A-list influencers, will help the project to continue in its community-led cryptocurrency revolution.

To further iterate its community-minded emphasis, Floki Inu has partnered with The Million Gardens Movement, a Kimbal Musk initiative to give power back to the community to choose, grow, prepare, and eat healthy food and work alongside Shopping.io to add to the project’s utility. In turn, this action resulted in hitting a new 24-hour volume record on the Shopping.io platform. The team has also announced two additional major goals they aim to achieve in the next year, the launch of Floki Radio and FlokiPlaces, a tangible items marketplace and Inuversity, a crypto educational platform.

With a community that loves and lives for the memes, the team believes that the only way to truly take cryptocurrency mainstream is through their appeal. That’s why the people’s currency makes sense that it is a meme at heart.