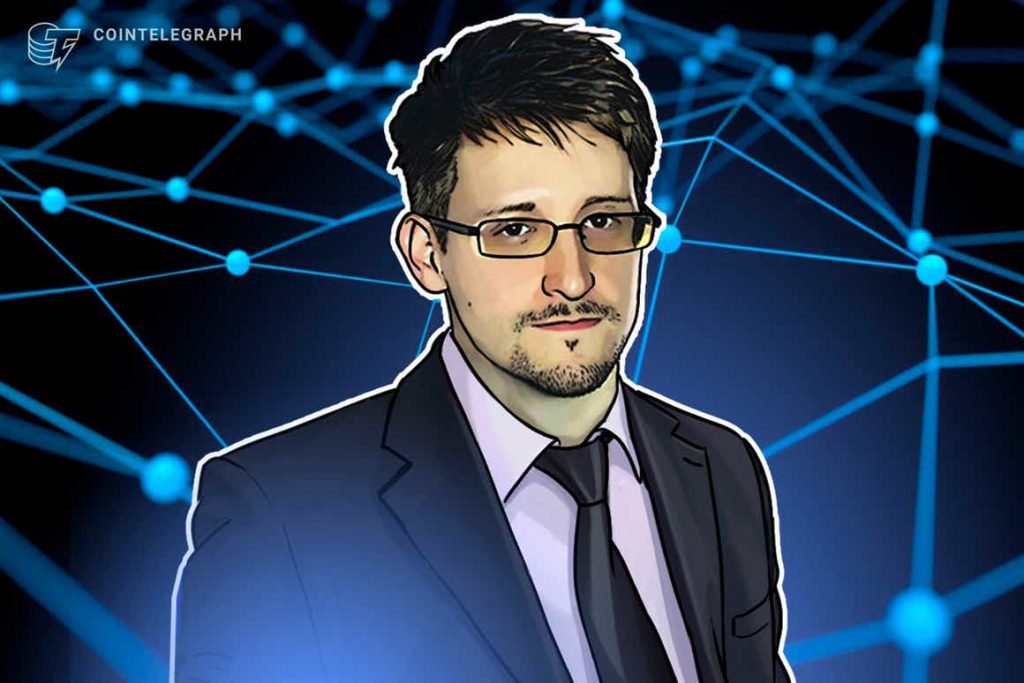 “I think the community should very much be trying to bend the arc of development away from injecting artificial, unnecessary scarcity entirely for the benefit of some investor class,” said Edward Snowden.

National Security Agency whistleblower Edward Snowden said he was concerned with how some privileged individuals or firms in the digital space might be able to use nonfungible tokens, or NFTs, in the gaming industry.

Speaking with Ethereum co-founder Gavin Wood at the BlockDown DeData online conference on Friday, Snowden said though he had seen some use cases for nonfungible tokens to raise funds for causes, he is concerned with the technology “creeping into gaming.” The whistleblower described certain aspects of the metaverse as “horrible, and heinous, and tragic” for aiming at capitalizing on users’ virtual escapes.

“We have people that are trying to [inject] an artificial sense of scarcity into a post-scarcity domain,” said Snowden. “I think the community should very much be trying to bend the arc of development away from injecting artificial, unnecessary scarcity entirely for the benefit of some investor class.”

Wood seemed to disagree with Snowden’s claims regarding NFTs in gaming, equating virtual artifacts within games to artists selling NFTs of their own music. However, Snowden countered that gamers were “not paying for a guaranteed product” but rather purchasing the “chance at something, without the promise of something,” leaving the space open to exploitation.

Snowden’s and Wood’s comments come as gaming firms seem to be casting a wider net for adoption of digital assets and NFTs. Andrew Wilson, CEO of major video game company Electronic Arts, said in November that NFTs and play-to-earn games are the future of the industry. There seems to be interest from users as well — on Wednesday, the NFT game Guild of Guardians announced it had sold more than $5 million of its native tokens in advance of its Q1 2022 launch.

Speaking from Russia where he has been in exile since 2013, Snowden has continued to give interviews and express his opinions on Bitcoin (BTC) and the crypto space. The NSA whistleblower used BTC to pay for the servers he used to leak thousands of documents to journalists before leaving the United States.