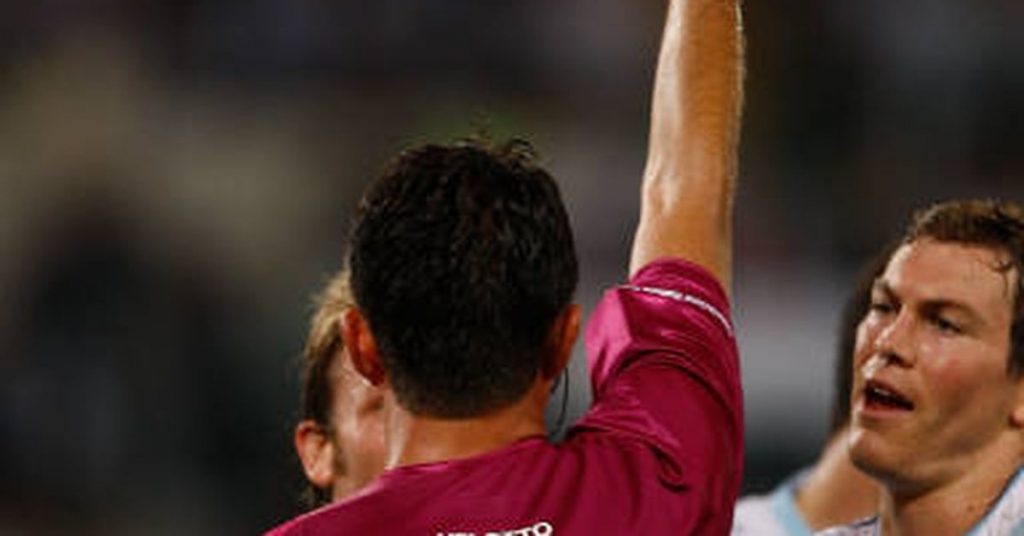 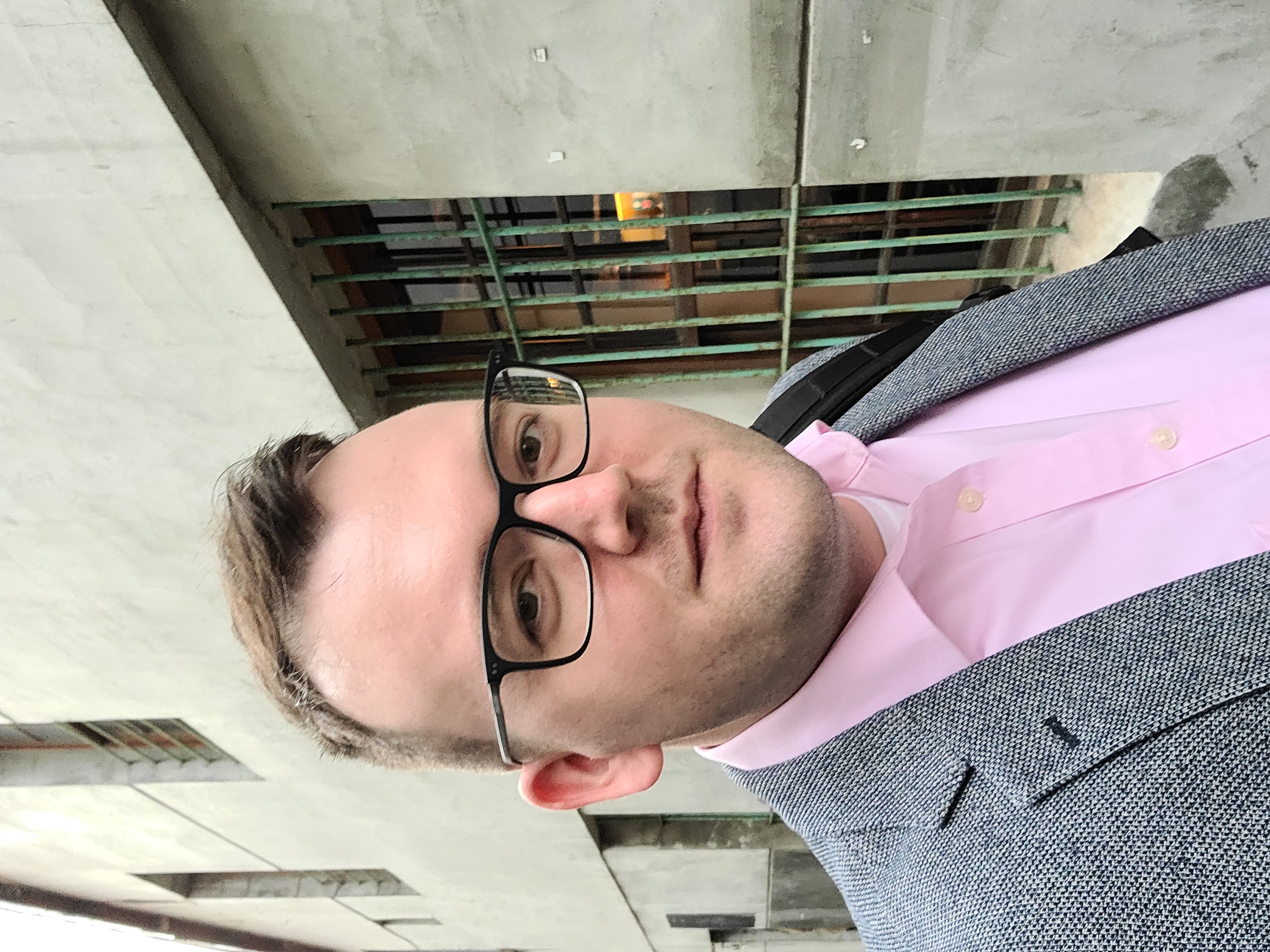 Prices: Bitcoin and other cryptos plummet along with stocks.

Insights: Although interest in the NFT market has dropped in recent months, crypto lending platform Pine sees an opportunity.

Catch the latest episodes of CoinDesk TV for insightful interviews with crypto industry leaders and analysis. And sign up for First Mover, our daily newsletter putting the latest moves in crypto markets in context.

There are no gainers in CoinDesk 20 today.

Cryptos plummet along with stocks

It was a red Wednesday for nearly everyone in crypto.

Red for bitcoin. Red for ether. And even deeper red for major altcoins as investors continued to defy those who say that digital assets do not track stocks.

Bitcoin was recently trading at about $28,900, within its range the past few days following the collapse of the terraUSD (UST) stablecoin and the LUNA token that supports it, but down 5% over the past 24 hours. Ether, the second-largest cryptocurrency by market capitalization, was off more than 8% over the same period after dropping below $2,000. Among the rest of the declining and the decrepit, SOL, AVAX, DOT, MATIC, SAND and MANA were all recently down at least 12%.

“The market is continuing its current bearish trajectory,” Autonomy CEO James Key wrote to CoinDesk, although he noted that crypto wallet addresses with small amounts of BTC had climbed past 10 million for the first time. Still, he noted that “institutions…view crypto as an exotic risky asset, and as we drop into a recession, those assets are the first to be sold by those players – it was always the down side of inviting them into the crypto space.”

Equity markets had a more than forgettable day as all sectors dropped amid escalating investor fears of recession and bad news from the retail sector. The tech-focused Nasdaq plummeted 4.7%, while the S&P 500 fell 4%, their worst percentage decreases in two years. The Dow Jones Industrial Average plunged more than 1,100 points, a 3.6% drop that was its worst closing mark since mid-2021.

The retail sector has played a big role in the most recent U.S. economic recovery, and even last week, the sector seemed buoyant following a strong consumer spending report. But on Tuesday, retail giant Walmart said that its profit dropped 25% year-on-year. Target followed Wednesday morning with its own disappointing news: sales growing just 3.3% compared to a 22% rise for the same quarter a year ago.

Bitcoin, which has struggled to hold $30,000 following the UST debacle, and the rest of the digital assets industry was swept up in the latest events. On Wednesday, London-based miner Argo Blockchain reported first quarter net income of $2.1 million, a 90% falloff from the same period the previous year.

Meanwhile, in a letter posted on the company website, Mike Novogratz, the CEO of crypto merchant bank Galaxy Digital (GLXY.TO), said the company had taken profits prior to UST’s crash. Pantera Capital also sold about 80% of its holdings, according to a New York Times article, citing investor Paul Veradittakit.

While remaining highly bullish on the outlook for crypto, Novogratz said those hoping for a “V” bottom in the market are likely to be disappointed. “It will take restructuring, a redemption cycle, consolidation, and renewed confidence in crypto. Crypto moves in cycles, and we just witnessed a big one.”

Art that adorns the walls of the global elite isn’t usually just to look at. They use it as a source of liquidity, too.

The team behind the Pine Protocol proposes to do something similar, but for non-fungible tokens (NFT). Fresh off closing a $1.5 million funding round led by Sino Global, Amber and Spartan Group, Pine is building a platform that allows NFT holders to access liquidity using their NFT as collateral, and a mortgage-type vehicle it is calling “Pine Now, Pay Later” for those who are looking to purchase an NFT but require financing.

“A year ago, I wanted to buy a Meebit but I did not have spare ETH in my wallet. Therefore, I sold my Bored Ape Yacht Club (BAYC) at 7 ETH to execute the trade. I wanted to buy back another BAYC but I never did and I still have my Meebit right now. In hindsight I wish I had access to a platform like Pine,” said Alex Ho, Pine’s co-founder, in a release, illustrating a use case for the platform. “I decided to build out Pine so that NFT owners like myself are able to unlock liquidity without having to sell their NFTs.”

The platform has lending pools available with different terms regarding the loan’s interest, the level at which it gets liquidated if the value drops, and the level of collateralization, Ho told CoinDesk in an interview.

One particular factor that differs between the pools is the accepted loan-to-value ratio. Pine uses the floor price (the lowest price offered) of the specific NFT collection from public data published by markets as a reference for valuation. But these are subject to the intense volatility of the crypto market. During the last two weeks, for instance, ether is down nearly 27% against the U.S. dollar, cratering valuations along the way – problematic for those lending out dollars against the asset.

How much liquidity is actually available in this market? Twenty-thousand-dollar JPEGs are very much a product of a bull market cycle but will the same value sentiment be prescribed to them in a bear market?

Crypto research house Nansen’s data suggests the number of wallets buying and selling is dipping, and the number of returning buyers and first-time buyers is also on the decline.

“The number of projects with weekly sales of over 10, 100, 1K and 10K NFTs have been on a downtrend the past week as well, signaling that there’s a drop in overall liquidity in the NFT markets,” said Martin Lee, a data journalist at Nansen, in a note to CoinDesk.

But Lee also pointed to data that shows the number of users per week on NFT markets is the lowest it has been this year, but still higher than any time in 2021.

For Pine, expensive JPEGs – with all their questions about market volatility and liquidity – are just the start. The founders envision their asset-backed financing protocol will eventually move beyond this market to other verticals at the hands of specialized teams.

In theory, NFTs can be used to represent any sort of document of value like a house’s title, or a security agreement to finance investment in a company like a SAFT. After all, similar vehicles exist in the traditional finance world, and there’s no reason the same can’t happen for crypto – if the industry can move on from JPEGs of bored apes.

Bitcoin (BTC) has traded in a tight range of between $27,000 and $30,000 over the past few days. That’s a key support zone for BTC, and it is also the lower bound of a yearlong trading range.

Bitcoin faces strong resistance at between $33,000 and $36,000, which could stall an upswing in price. On the weekly chart, momentum remains negative despite oversold readings. That could increase the risk of a breakdown in price, similar to what occurred in March 2020 and November 2018.

In case you missed it, here is the most recent episode of “First Mover” on CoinDesk TV:

Swiss ETP Issuer 21Shares Dives Into US Market With 2 Crypto Index Funds: The new funds are its first crypto products for U.S. customers and will only be available to accredited investors.

Bitcoin Miner Argo Blockchain Emerged Unscathed From Its UST Stake: The company said it was able to sell its minimal UST stake for around 93 cents per token before the price completely collapsed.

Lindsey McInerney: The Metaverse and the ‘DIC Punch’: On building the Stoner Cats and Gimmicks NFT franchises. McInerney is a speaker at CoinDesk’s Consensus festival in June.

Other voices: All Those Celebrities Pushing Crypto Are Not So Vocal Now (The New York Times)

“As it is, cryptocurrencies play almost no role in economic transactions other than speculation in crypto markets themselves. And if your answer is ‘give it time,’ you should bear in mind that bitcoin has been around since 2009, which makes it ancient by tech standards; Apple [AAPL] introduced the iPad in 2010. If crypto was going to replace conventional money as a medium of exchange – a means of payment – surely we should have seen some signs of that happening by now. Just try paying for your groceries or other everyday goods using bitcoin. It’s nearly impossible.” (New York Times columnist Paul Krugman) … “In the crypto investor space, it’s nice when things are on the up, and things are looking good, investors love you and customers love you. But there’s always the struggle. I’ve been doing this for seven years. I experience struggle all the time. And people from the outside are like, ‘Oh, you look so successful.’ I’m, like, ‘Bitch, my job is getting punched in the face every day in, like, five different ways.’” (Meltem Demirors in a CoinDesk Road to Consensus Q&A) … “It’s going to be hard to avoid some kind of recession.” (Wells Fargo [WFC] CEO Charlie Scharf at The Wall Street Journal Future of Everything Festival)

Sign up for Crypto Long & Short, our weekly newsletter featuring insights, news and analysis for the professional investor.