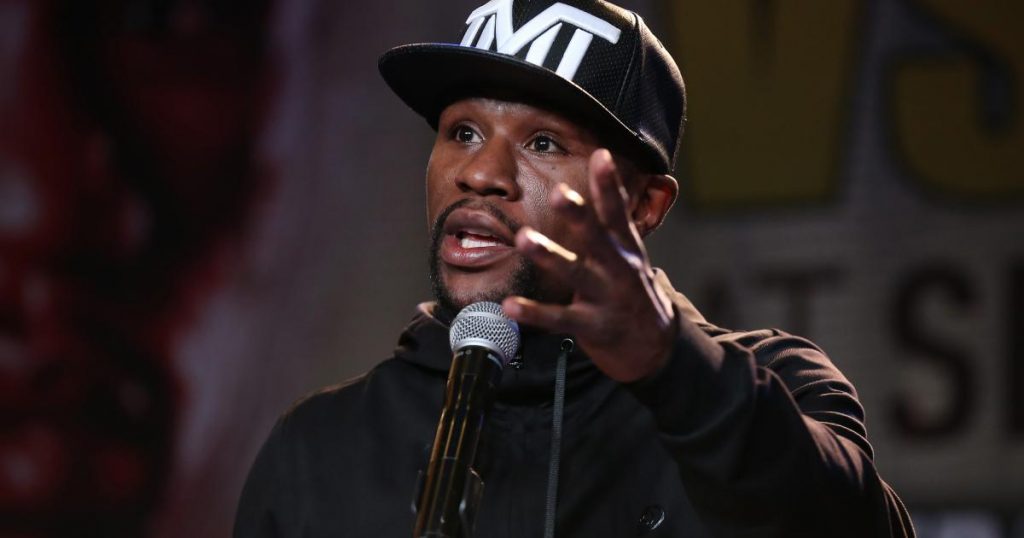 When he was an active boxer, Floyd Mayweather adapted to any situation to beat his opponent. Now, he is looking to adapt to today’s market of fight fans.

On Saturday, May 21, Mayweather faces off against Don Moore in an exhibition bout. It will take place on top of the in Abu Dhabi inside the Etihad Arena on Yas Island. The original location was on the helipad of the Burj Al Arab hotel in Dubai, and the original date was May 14. Tickets for the event will only be available for 20-plus VIP fans. All tickets will be sold as NFTs as part of the Global Titans Fight Series.

It is the first NFT-related pay-per-view sporting event.

NFTs (non-fungible tokens) are digital assets used to represent physical objects. They can be sold and traded at a certain price. Examples include art, music, in-game items and videos. They are often encoded with the same software as forms of cryptocurrency. Both are popular trends.

In a sense, NFTs are unique compared with a video you find on social media. An NFT owner becomes the only owner of that specific video or picture. It becomes one of a kind.

Those who purchase an NFT ticket for the Mayweather vs. Moore fight will have opportunities to secure fight videos, photos and a special 3D VIP crystal ticket. Global Titans hopes to put on an event every three months. It will also look to secure more rewards for its NFT-based customers. NFT tickets were also used for a competition to win a trip to the debut fight event. Fight fans will be provided access to world game coins and exclusive content from Mayweather vs. Moore.

“We aim to create a bridge between existing and new fight fans, whilst simultaneously introducing new technologies into an industry which has barely changed in decades.” Global Titans CEO Uday Singh told Forbes.

“Like any new venture with innovative technologies and solutions, new adoption in the mainstream is always a challenge. Being the first organization in the world to provide an NFT enabled live stream sports event is no easy task. There are multiple challenges in technology, operations, marketing, broadcasting and more.”

Singh emphasized that Global Titans is different than most fight organizations. Fighters have the freedom to do what they want regarding sponsorship and contract talks.

Not only will NFTs be involved, but cryptocurrency will play a factor. As a form of payment for the pay-per-view, you can pay 65 Ethereum. That is about $185,000-$187,000. That is one of the many reasons why the fight is as exclusive as it is.

Mayweather vs. Moore will look to change the way in which we view sports and events in general. Both fighters are now involved in something much bigger than the exhibition bout they signed up for. Can they take advantage of the moment and put on a show to remember?

MORE: Floyd Mayweather fighting on a helipad: A list of unusual venues for boxing fights

When is Floyd Mayweather vs. Don Moore?

Floyd Mayweather vs. Don Moore will take place Saturday, May 21. The main card will start at 2 p.m. ET. The main event should begin around 5 p.m. ET, depending on how long the undercard fights last.

How to watch Floyd Mayweather vs. Don Moore

Fans can watch Mayweather vs. Don Moore on FITE.tv and LIVEnow.

Mayweather vs. Moore price: How much does the fight cost?