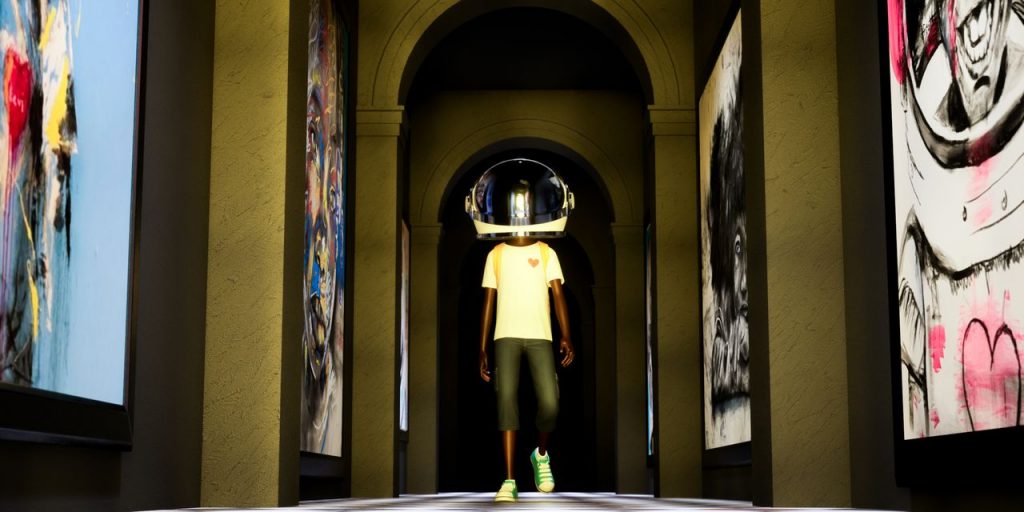 Micah Johnson, an artist and former baseball player, will release the last chapter of his nonfungile token (NFT) character Aku through Bonhams and Nifty Gateway starting on Monday, in celebration of the one-year anniversary of its debut.

The offering will be open editions, meaning the number of sales will ultimately determine how many tokens are minted. Bidding starts at US$999 each.

Johnson, 31, created the character Aku, a young boy with an oversized space helmet based on a personal experience, he says. The NFTs are a 3-D animation of the character.

“My physical paintings were based around a young boy’s question, ‘Could astronauts be black?’ And after seeing collectors resonate with my mission to prove anything is possible, I wanted to create a character that could reach a broader audience,” he says.

To date, the 10-part series of Aku NFTs have accounted for more than US$19 million in total sales.

“I’m incredibly proud of all we have accomplished from a story perspective across the chapters. We told a story without Aku ever saying a word,” Johnson says.

Johnson played for the Chicago White Sox, Los Angeles Dodgers, and Atlanta Braves during his Major League Baseball career from 2012-18. After retiring from the sport, he set up an art studio in New Hampshire, creating both physical works on canvas and digital art.

“In both fields, you have to fall in love with the process and practice more than the results. With art, I’m able to see a tangible improvement the more I work at it and that’s what I love the most,” he says.

The NFT character Aku has been optioned for a full-length feature film with traditional distribution. While he can not disclose any details about the film yet, his ultimate goal is for Aku to be the next generation’s Mickey Mouse, Johnson says.

The NFT will be on view at the Bonhams Los Angeles showroom at 7575 Sunset Blvd on Feb 16-17 before it’s presented for sale on Nifty Gateway.

Bonhams and Nifty Gateway will partner throughout the year in a series of NFT drops and events across the world, according to Nima Sagharchi, head of digital art at Bonhams.

“Micah Johnson’s Aku Saga is particularly poignant as it gives collectors the chance to become invested in a powerful ongoing narrative, and perfectly embodies the ‘community effect,’ which makes NFT’s so engaging,” Sagharchi says.