Helsinki, Finland , March 05, 2022 (GLOBE NEWSWIRE) — Emerging space-themed massively multiplayer online play-to-earn (P2E) combat strategy and NFT game, Galaxy Blitz, has this week announced details for an upcoming IDO and exchange listings. The Web 3.0 game is set to be one of the first games in the blockchain space to use VR components in real gameplay in the following PC version for next-generation levels of immersion and is designed to focus on being genuinely “fun” by creating the conditions for diverse gameplay and strategy. Happening alongside the IDO, the development team also released details of a huge NFT pre-sale, which will kickstart community engagement for when the game goes live. 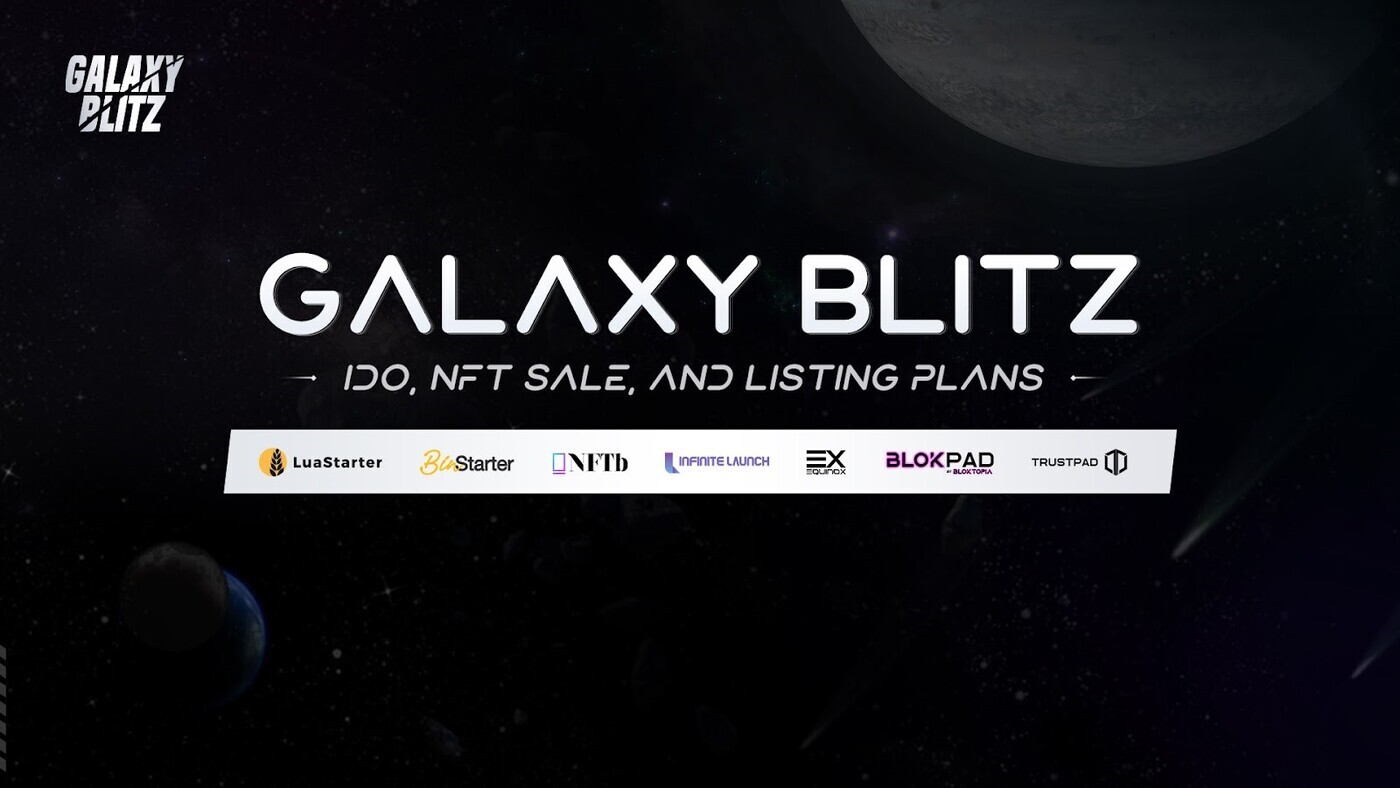 Characters and in-game items in Galaxy Blitz are immutable NFTs that allow each player to execute a variety of unique and creative actions whilst being in control and having sole ownership of their valuable assets. As well as being an integral part of the gameplay, players will also be able to stake their NFTs to gain passive income $MIT rewards. The NFT visuals have been praised by industry experts as high-quality pieces of art that reflect the traumas of a lifetime of struggle for survival; each NFT will support AR at launch, and players can see their characters come to life before their eyes. Whitelisting for the NFT pre-sale has been running throughout January and February, with eager community members soon able to own a piece of Galaxy Blitz for themselves.

Moving forward, players will be able to purchase NFT packs with differing probabilities of rarity (N, R, SR, SSR, L) ranging from $99.9 – $4500. Upon opening each pack, players can choose to stake their NFT characters or items for up to 600% APY of $MIT or sell them on the secondary marketplace. NFT packs will be available on leading centralized exchanges, high-quality NFT launchpads, reputable marketplaces such as Opensea and Rarible, and via the official Galaxy Blitz DAO-operated website. NFT pack stocks are limited, so users interested in being a part of Galaxy Blitz from the beginning are encouraged to head to the website and get involved.

Galaxy Blitz combines the explosive trend of GameFi with NFTs to create an unprecedented gaming experience that allows users to be a part of a growing ecosystem and play a role in shaping its development whilst also earning real cash rewards. The team believes in the importance of ‘fun’ in video games and is driven by a passion and a vision to create something that people enjoy playing. Currently, most GameFi projects are relatively simple remasterings of classic farming, tower defense, or blind box games; but the Galaxy Blitz team wants to change that. Galaxy Blitz will implement VR technologies into the PC version of the game to achieve a level of realness not possible on other platforms.

The much-anticipated Galaxy Blitz native $MIT token IDO will be looking to raise a total of $1 million, pushing the project to a hefty $100 million valuation. The IDO will start on LuaStarter from the 17th of March, launch on BinStarter on the 18th, NFTb on the 19th, Infinite Launch on the 20th, Equinox on the 21st, and Blokpad – Trustpad on the 22nd. After all $1 million $MIT tokens have been distributed, $MIT trading pairs will launch on Gate.io on the 23rd of March, with plans for much more exchange integration in the coming months.

Speaking to the IDO plans, Co-founder Clement said, “Over the past few months, we have been making some real progress on getting our game to the stage we’re happy with it. Now, as our initial fundraising rounds come to a head, we are very excited to start allowing players to explore the fantastic world of Galaxy Blitz. So far, we have been overwhelmed by the levels of community support and wish to extend our welcome to anyone who is interested in space-themed combat strategy games, as well as those innovators who are looking to better understand the new world of GameFi and NFTs.”

Players in Galaxy Blitz will be transported to a universe of chaos as they find themselves playing as one of four powerful and unique distant future descendants of humanity who must fight each other for dominance and survival. The game features rich PVE elements where players can earn rewards and upgrade their characters by fulfilling NPC quests, engaging in combat with hostile enemies, and contributing to the building of their own civilizations. For the more bloodthirsty, Galaxy Blitz also features PVP activities where individuals can plunder resources from enemies and conquer foreign lands.

Galaxy Blitz is a Play-To-Earn combat strategy NFT game set centuries in the future as four unique highly evolved descendants of humanity fight for dominance in battles on both lands and in space. Earn a variety of tokens via battles and resource farming as you lead your faction to galactic dominance!

There is no offer to sell, no solicitation of an offer to buy, and no recommendation of any security or any other product or service in this article. Moreover, nothing contained in this PR should be construed as a recommendation to buy, sell, or hold any investment or security, or to engage in any investment strategy or transaction. It is your responsibility to determine whether any investment, investment strategy, security, or related transaction is appropriate for you based on your investment objectives, financial circumstances, and risk tolerance. Consult your business advisor, attorney, or tax advisor regarding your specific business, legal, or tax situation.