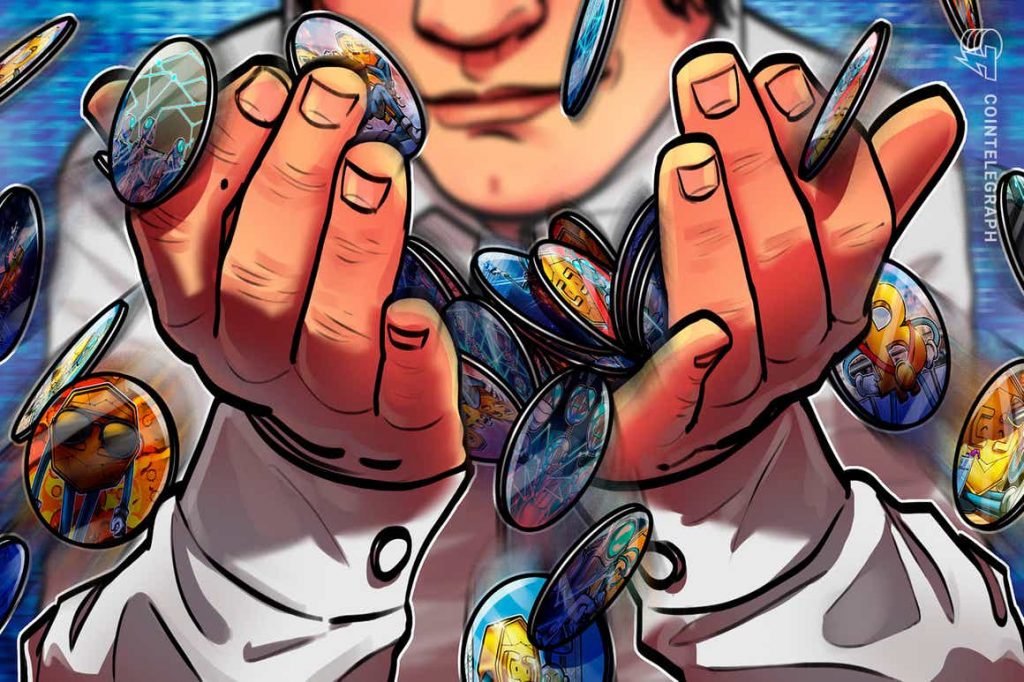 Search queries for “NFT” and “nonfungible token” have become even more popular than searches for “Dogecoin”, “blockchain” and even “Ethereum.”

According to Google Trends, interest in NFTs saw a dramatic spike at the start of the year as Dapper Labs’ NBA Top Shot and vintage Ethereum-based NFTs saw frenzied speculation.

While the bubble initially appeared short-lived — with search volume drying up by roughly 75% as of the end of June, interest began to bounce back in July before breaking into new highs at the end of October.

Since then, Google search traffic for NFT-related keywords has continued to surge, doubling over the past three months.

The spike in interest has seen “NFT” overtake many of keywords that have long-dominated crypto-related search traffic, including “DeFi,” “Ethereum,” and even “blockchain.”

While Dogecoin firmly captured the public’s imagination during the second quarter — with search volume for “Dogecoin” rising to rival “Bitcoin” in early May, dog-token fever quickly subsided in the third quarter. As such, the Google Trends data suggests the momentum behind the canine-coin rally was immediately channelled into hype for NFTs.

China’s search volume for ‘NFT’ peaked between Sep 5 to 11 this year. The month before the spike, Chinese tech conglomerate Tencent launched its NFT trading platform Huanhe and Alibaba launched a marketplace allowing users to trade licenses to create NFTs from copyrighted content.

However, the Chinese Communist Party released a series of statements denouncing NFTs via official state media publication The People’s Daily on Sept. 10, likely spurring the retracement in search volume since.