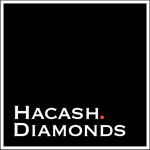 Hacash.Diamonds is currently the largest HACD marketplace, offering a variety of trading methods as well as collection, auction, art exhibition and other services. It has also entered into partnership with public chain Neo to jointly promote PoW NFT market and HACD as a mainstream store of value.

The HACD collector community joined with Hacash.Diamonds and others to form the 1H1B DAO and issued the 1H1B NFT on the Neo blockchain, which is used to demonstrate contributions to HACD promotion.

HACD, full name Hacash Diamond, is the first Proof-of-work mining NFT, known as the Energy-generative art from the perspective of NFT art, similar to making Bitcoin an NFT, which is very special in the NFT theme of Consensus2022.

Each HACD consists of 6 special letters with 9 different shapes, totaling around 17 million, which theoretically takes 800 years to mine. The unique mechanism of the HACD difficulty only going up and rising to the limit leads to the fact that the output of the HACD will become less and less and never be mined out.