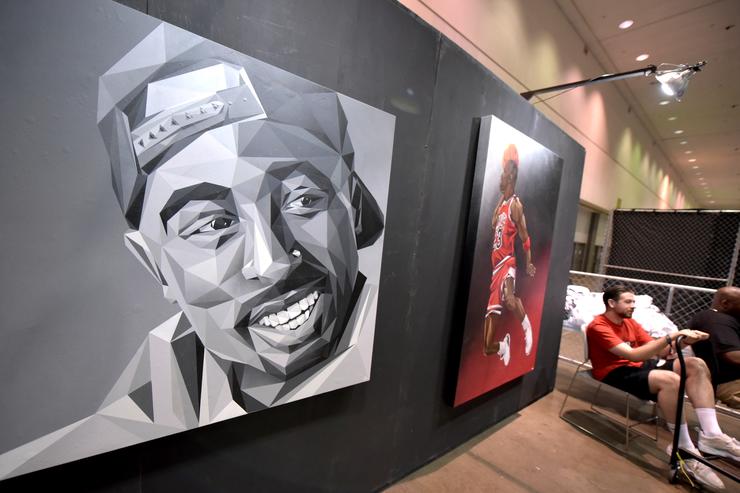 “The Immortal Collection” is set to release December 15.

At the beginning of November, The Shakur Estate announced that a brand-new, fully-immersive museum experience based around the life and legacy of Tupac Shakur would be coming to Los Angeles in 2022.

The experience, powerfully-titled Tupac Shakur. Wake Me When I’m Free, is set to open on January 21, 2022 and will reportedly “showcase Shakur’s music, poetry and never before seen artifacts,” and is intended to usher guests “through a myriad of surround sound spaces, rich with rarities embedded in technology” that “delve into the greater meaning of his activism, music, and revolutionary art.”

Yesterday (December 9), NFT creator Impossible Brief teamed up with The Shakur Estate to announce a new NFT collection that will serve “as the first look at some of Tupac’s personal items being featured in the upcoming museum experience.”

“The Immortal Collection,” according to a press release, is inspired by some of the rarest jewelry Shakur wore before his death in 1996, and is set to include diamond solitaire rings, his Makaveli bracelet and “the medallion he wore in the last photo ever taken of him.”

The collection, which will be released on NFT marketplace MakersPlace (Eminem invested in MakersPlace back in August), consists of four digital art pieces based around some of Shakur’s rarest and most recognizable pieces he wore throughout his career. The four NFTs, titled “2Pac – 2 Produce & Create,” “Makaveli the Activist,” “Solitaire” and “Euphanasia Angel,” all carry distinct meanings, and tell specific stories from time periods during Shakur’s short, but massively impactful life, and time as the biggest rapper in the world.

Documenting his transition from leather goods, to silver pieces, to the customary gold jewelry seen in many photos of the late legend, “The Immortal Collection,” is the another step towards immortalizing Tupac Shakur, and an in-depth preview of what fans can expect from Tupac Shakur. Wake Me When I’m Free.

Check out “The Immortal Collection” when it drops on