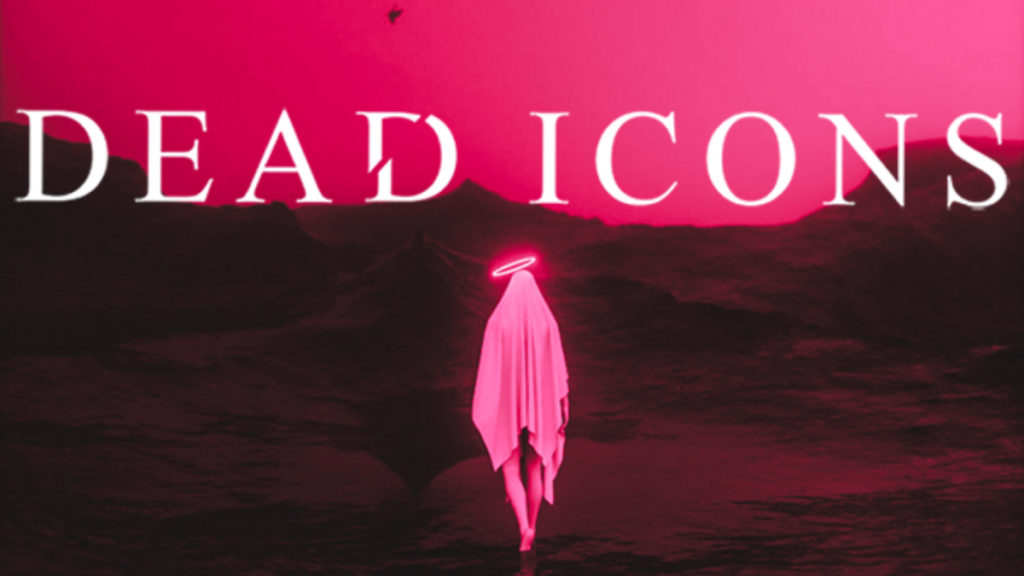 Inked Magazine and London Reese, with the guidance of metaverse and web3 consultancy Burrata, are set to launch an NFT experience unlike any other. As the premiere tattoo lifestyle brand in the world, Inked naturally wants to explore the NFT metaverse. When you think about it, tattoos are the original NFT. Every tattoo is a one-of-one piece of art, even when pulled from the same piece of flash, no two tattoos can ever be identical.

Bitski will be hosting our Golden Ticket auction that launched on 12/16 at Noon PST and runs through Noon PST on 12/21.

The winner of the Golden Ticket auction will receive:

Reese has chosen iconic artist Jean-Michel Basquiat as the subject for the portrait. Basquiat turned the art world upside down in the 1980s, providing a constant source of inspiration for Reese.

In addition to the Golden Ticket auction there will also be an Open Edition sale of five additional “Dead Icons” NFTs drawn by Reese. Each will be a run of 100 sold for $100 each.

In the interview below we spoke with Reese about what made him want to get involved in the exciting NFT scene. Check out the auction and marketplace here.

Why are you excited to get into the NFT world?

I am excited to be involved with this new revolution in fine art. Technology, modern culture and fine art are all merging in a way that has never been seen before and I love it. Art, for me, has always been about defying the rules, being different, and making a mark. The NFT landscape has broadened my ability to do more exciting things, with my art, and take more risks. There are no rules and the possibilities are endless; and that is what excites me the most.

Do you see a correlation between tattoos and NFTs?

There are many parallels between tattoos and NFTs, which is why I think I am so interested in this modern digital art landscape. All tattoos are one of a kind. The person wearing it is just as unique as the art itself. Collecting NFTs that are truly 1/1 are just like collecting physical tattoo work. I find this to be incredibly cool and extraordinary.

Can you tell us a little about your Dead Icons series and, in particular, the Basquiat portrait you’re doing for this project?

I started the Dead Icons series during the early months of the Covid-19 quarantine. I have always been intrigued by iconography and fascinated by the construct of fame and it’s resulting byproduct of infamy. I had way more time on my hands to create, due to the quarantine and I wanted to explore my curiosity of icons. I decided to create a series of cultural iconic figures and post the process of it all on social media. It quickly became evident that others were interested in what I was working on and they even began making requests and commissioning me to create custom icons for them. It was sort of like my tattoo process; where I take client ideas and creating something unique, just for them. I made dozens of original mixed media illustrations and paintings and sold them to people all over the world. It was amazing and I’m forever grateful for collectors and fans who helped fuel the experience. As soon as the world started opening back up, and I was able to return to my normal tattoo workflow; I knew I wanted to further develop the Dead Icons series on to skin and more. I was haunted by it. I started the Dead Icons tattoo series and knew it was not going to end there. Word got out that NFTs were being utilized to mint digital art and becoming legitimate commodities. This floored me. I became fascinated by the concept and knew I had to bridge the gap of my Dead Icons series and this new digital art world. Thus, The DEAD ICONS Project was born. I was compelled to do something unique with it. I knew Basquiat was going to be the subject matter because I have always loved his punk rock spirit and original style. He broke all the rules, paved his own path, and still became the icon that he is. His prolific body of work was heavily inspired by graffiti art, similar to how my artwork is heavily inspired by tattoo art. Our environments and interests both directly influence the art we make. I also feel a connection to the aesthetic of his work. Tattooing is technical. I found myself exploring a more abstract approach in a lot of my own personal artwork so it all just made sense to honor him with this new digital venture. Basquiat’s work is iconic. He is iconic. His work is filled with iconic symbols. He is in the 27 club and died tragically in his art studio. His art is worth millions and beloved by millions of people. He was absolutely the legend that I wanted to pay tribute to for this series. He is a true ICON and the perfect subject for this special series of art. I decided to make my art, in a more traditional way, rather than digitally, to honor his work. I used different paper and canvas, graphite, oil and acrylic paint, spray paint, and charcoal and mounted it a cradled birch board. Basquiat’s own work and some of his direct quotes inspired a lot of the mixed media layers in my final work. I wanted to create a sense of calming chaos within the piece.

I have been told that you plan on burning the portrait once it’s completed, how do you think the destruction will make you feel?

It became quite clear that it would not be enough to just make a piece of art that honors this legend. I felt compelled to do something extraordinary. I knew I had to destroy it. So I constructed a monolith, erected it in the middle of the southern California desert, hung my art upon it and sacrificed it to the gods. It was exciting and nerve wracking because we only had one shot to do it right. I was sad to destroy something I spent all that time and effort on but it became a part of the artwork and part of the experience. I felt like I HAD to do it. I wanted to create something that was as iconic as the subject matter himself, and igniting it and sending it to the afterlife seemed like the only way to properly achieve that. I am just thrilled to do something unique, inspired by the work of a legend and by the ever-changing art world and technological milestones of man.

The auction ends in just a few days, so hurry up and place your bid on the once-in-a-lifetime experience/NFT here!