Interview With Micah Johnson on Aku and NFTs in Web3 – HYPEBEAST 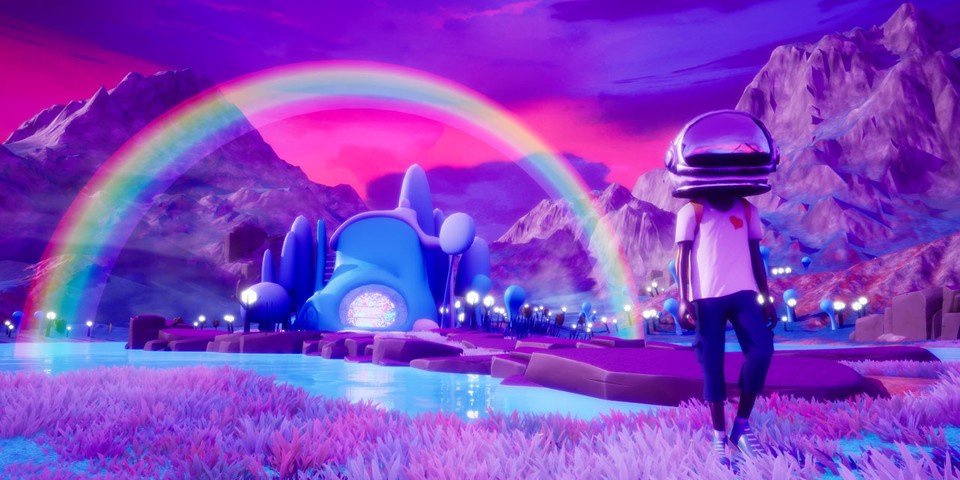 Micah Johnson has always embraced change. As a Major League Baseball player, his career saw him hop between the Chicago White Sox, Los Angeles Dodgers and Atlanta Braves before retiring from baseball after the 2018 season. But in his newfound free time, Johnson honed his creative side and opened an art studio in New Hampshire, creating both physical and digital works.

The 30-year-old has now focused his efforts on creating change across the digital landscape, promoting his mission to empower youth of color and diligently working to make NFTs accessible to everyone. In February 2021, Johnson debuted his crypto-native NFT character named Aku — a boy in an astronaut helmet — that was inspired by a conversation he overheard between a young boy and his mother: “Can astronauts be Black?”

In less than a year, Johnson’s artwork has amassed a passionate fanbase, generating over $10 million USD in sales and leading him to acquire the first NFT film and TV deal in history.

“Aku has proven to be a very inspiring character that a lot of people from diverse backgrounds can connect with,” he told HYPEBEAST. “And that’s special in itself too, because I probably will never make another character again in my life that will have the same organic impact.”

Tag someone below that you’re thankful for this Holiday Season, and Retweet this post, for a chance to win a Chapter 5 & 6.

Two random winners will be announced on Sunday during Twitter Spaces prior to the release of Chapter 7. pic.twitter.com/EJqwAUdpwk

Johnson said the process of developing Aku from a painting to a digital entity that exists in his own universe was “almost like therapy.” Imbuing parts of himself alongside aspirational personality traits, Aku quickly became more than just a two-dimensional character.

“It was very important that Aku was confident,” Johnson explained on forming his identity, “and he’s a dreamer.”

“It was important to us to promote messages like ‘it’s okay to be this yourself wherever you go,’” he continued. “We see a lot of avatars and people in virtual worlds and they have different personalities in real life versus in the metaverse.”

Johnson likened Aku’s steadfast nature to his own childhood — he had always wanted to pursue baseball as a career but was met with skepticism by people who told him to consider other options. Pursuing his passions, he said, was a reminder that “it’s okay to be bold about what you want to accomplish,” and Aku was created to embody that notion.

Beyond inspiring confidence, Aku was created to elevate Black voices and carve out a space for creators of color in the metaverse. “There’s not very many Black people in the space,” he said. “We’re trying to be that bridge between culture and web3,” he added, noting that historically, many Black communities have lacked resources to keep up with changing industries and new technologies.

He initially found it difficult to break into the traditional art world, leading him to connect with alternative art communities. Digital art platforms became an organic home for his creations, and his foray into NFTs soon followed. He released his first NFT in February of 2020 and quickly gained prominence in the virtual art space, with one of his pieces, “sä-v(ə-)rən-tē,” winning NFT of the Year at the first-annual NFT Awards.

“We wanted to expand the audience base around my message and doing that with a digital persistent character made the most sense,” he said. His first Aku drop garnered over $2 million USD in sales, multiplying five-fold over the last few months.

“The momentum just keeps picking up as we go,” he said.

Today, Aku’s universe continues to evolve. His story is being seeded through a series of 10 animated NFT chapters, with each installment revealing more about the character and connecting to a larger story to be told in the future. In April, the character was optioned for film and TV and earlier this month, Aku was brought to life at Aku World: Miami, where leaders in cryptocurrency, NFT creators, art curators and collectors, fashion and streetwear icons, A-list musicians and Hollywood executives were invited to be a part of the unfolding narrative.

Together, we made my world everything I dreamed it could be. #AkuWorld pic.twitter.com/T4w8MOGTJh

Chapter 7 of Aku will be released on Sunday, December 19, at 2 p.m. ET on Nifty Gateway. The drop will be open for five minutes.

Johnson has big plans for Aku in the future and has cultivated a team that specializes in building out a business around intellectual property. While Johnson and his team are tight-lipped on developments, they say that creating more ways for an audience to engage with and monetize their favorite NFT characters is at the forefront of their agenda.

“One thing, in particular, I love about web3 when it comes to IP is the ability to allow the audience to have a stake in or have access to the value that they helped create as evangelists of their favorite characters and stories,” he said. “What we’re particularly interested in is creating things that allow people to be able to make or monetize their favorite IP, or create value using the character they love instead of just being passive consumers.”

On the heels of his success, Johnson said that breaking into the NFT space requires creators to “make what you’re most passionate about.” In addition, he says creating strong relationships with collectors is key to creating a successful NFT franchise. For new investors, he suggests looking into a particular project and seeing how engaged the community is and how engaged its creators are.