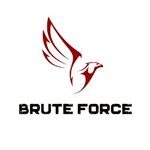 Who doesn’t like to play? In 2020 alone, the gaming industry made up to $155 billion in revenue. As bizarre as these figures may seem, analysts still believe that this industry has the potential of making $260 billion in revenue by 2025. It’s no surprise big players in the tech industry want a piece of this pie. For that, companies like Apple, Facebook and Google are all preparing to go big in this industry.

Amsterdam, Netherlands, Nov. 27, 2021 (GLOBE NEWSWIRE) — (via Blockchain Wire) Similarly, in the blockchain and the crypto sector, the idea of NFT gaming has gained momentum very fast. Platforms like Axie infinity and many others have been benefiting vastly from the NFT craze in 2021. Gamers have gotten a new way of earning and maximizing incomes while gaming. Brute Force Fight is an example of a platform that aims to benefit from the NFT craze and simultaneously help users earn passive income while gaming.

Brute Force Fight defines itself as an NFT gaming network designed with a top gaming experience for players. It combines the concept of NFT gaming with Defi tokens thus is a play and earn platform.

How does the Brute Force Fight gaming network work? Please keep reading to see more about this platform and why December 2021 will be significant for them.

Brute Force Fight combines NFT and Defi to offer an excellent experience to gamers. It uses the PvP and PvE game modes with a storyline of space exploration.

The universe was enjoying some peace until the discovery of interplanetary mining. Now, people from all over the universe, planets, and races are fighting to take control of space resources. In this game, you have to battle against other space pirates and win. The pirates may include other real-world players, AI-controlled ships, and other dangers.

The concept of the Brute Force Fight gaming network is to allow players to mine resources and conquer other planets. When conquering, the teams will attack, set base, and fight other bases. Once you and your friend (federation) conquer a planet, you can continue mining.

Aside from conquering, you can also get into trade activities with other federations, bases, and nations. More so, since this is an interplanetary game, you can search for contacts with other races.

To power the entire network, Brute Force Fight introduced a native token, $BFORCE. $BFORCE is a BEP20 token that will help in different services within this ecosystem. Among the services include payment and exchanges.

Brute Force Fight had Solidproof audit their smart contracts to secure the player’s and investors’ funds. The idea of auditing contracts is to ensure they are not vulnerable to external or internal attacks. Auditors often check the code to ensure it’s correct and has no errors. Hence, the contract will not be a threat to the gamers in this network.

Aside from the audit, Solidproof conducted a KYC scanning of the Brute Force Fight team. KYC, Know your customer, basically involves looking deep into the people around the project. In this case, the persons who are given a more profound look are the team members. The intention is to see whether the team members have any money fraud issues.

However, the audit and KYC report will be released once Solidproof is through with the process. The report will be available via the website and social media pages.

The Brute Force Fight gaming network took its base in the Binance smart chain. But why? Ethereum, which provides smart contract support, is currently facing tons of issues, including lacking scalability.

However, BSC was developed to be the alternative for Ethereum. Hence it’s scalable and has high speeds. The Brute Force Fight will therefore have an easy time expanding and serving more gamers globally. This gaming network is consequently looking into its future.

According to them, this online in-game marketplace will be available to gamers and everyone else.

Accordingly, the network will be airdropping NFTs to players. The trading platform will enable players to exchange the NFTs with $BFORCE tokens.

The Brute Force Fight team is made up of several people, all majoring in different fields. Among the tasks worked on by the team include,

However, the network has not fully displayed the names of the tea members. Hopefully, they will do so soon.

Brute Force Fight intends to sell 5 million tokens by the end of the ICO. Their target hard cap is 2000BNB. 1 BNB will be equal to 1500 $BFORCE Token during the ICO period. Maximum spending per wallet during the ICO is 3BNB, which is an equivalent of 4500 $BFORCE.

Immediately following the ICO will be the tokens listing in exchanges. The listing price is set at a little higher than the ICO price. 1BNB will be equal to 1350 $BFORCE. Aside from exchange listings, $BFORCE intends to list in analytical networks like Coingecko and Coinmarketcap this December.

In February next year, Brute Force Fight will officially launch the game for the public. Investors, gamers, and crypto enthusiasts should watch out for this gaming network. You can also join our communities on Twitter, Reddit, and Telegram to get more updates as they come.