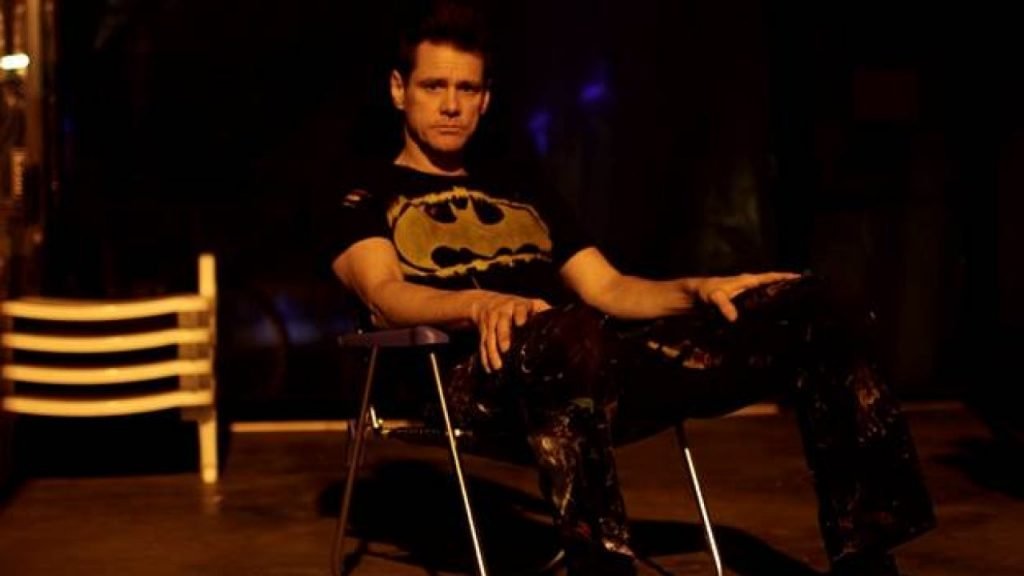 Jim Carrey debuted his first NFT artwork on Thursday, a digital painting titled Sunshower that features his contemplative voiceover. His foray into the world of blockchain joins a growing list of Hollywood celebrities to become enamored by the vanguard digital data system.

“Originally a painting, Sunshower is an animated NFT that transforms the artwork into a self portrait with a cascade of color accompanied by a thoughtful and uplifting perspective written and voiced by the artist,” Carrey’s press release reads.

The piece was originally created with acrylic paint tubes on canvas that Carrey then scraped away, leaving an imprint of the colors. “In that way, creating Sunshower was a thrilling collaboration with chance, a long climb to a daring cliff dive,” Carrey said. “The narration is a celebration of our communal light and those quietly exquisite moments that happen for us all.”

The NFT will be minted — blockchain speak for created — by SuperRare, an NFT marketplace specifically for digital artwork. The platform has coordinated over $300 million in “CryptoArt” sales since 2018. Carrey’s auction will begin at 12 p.m. on June 9 and start at $1. A portion of the proceeds will benefit Feeding America.

According to his statement, Carrey often spends his days drawing and painting, and Sunshower is the culmination of many years spent trying to digitize his work for Twitter followers and fans. He produced the animation in association with filmmaker David Bushell.

“I had merely begun to experiment with bringing my art to life through simple animations when the NFT world opened up,” Carrey’s statement said. “To me there could never be enough new places to create.”

Idris Elba and Jim Carrey on ‘Sonic The Hedgehog 2’