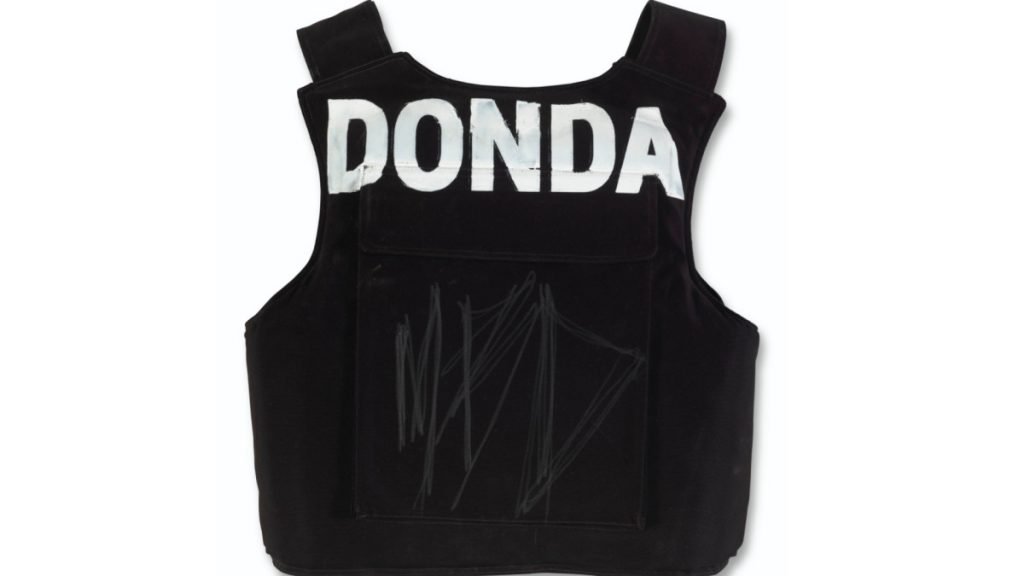 A bulletproof Donda vest, said to have been worn by Kanye West during his album-shaping performance art event in Atlanta back in August, sold for $75,000 at a recent Christie’s auction.

The highly publicized sale was comprised of two elements: the vest itself, which is emblazoned with a hand-painted Donda logo and signed by Ye to read MBD (i.e. My Body Different), and a one-of-one NFT. The latter was billed as a “digital representation” of the vest worn during the Aug. 5 performance art experience and was minted by Ethernity on Nov. 11.

The vest-and-NFT package was put on auction as part of Christie’s larger Handbags x HYPE: the Luxury Remix sale, results of which also included a complete collection of Off-White Nikes going for $62,500 and a set of Yeezy 350s going for $37,500. Meanwhile a Supreme-branded pinball machine sold for $52,500 as part of the Handbags x HYPE auction. All told, the curated auction hit a total of $2.9 million.

Back in late August, consignment business owner Justin Reed spoke with GQ about listing a Donda vest on his e-commerce site. The vest, as previously reported, ultimately sold for $20,000 and was said to have originated from a security guard who received as a gift from Ye.

Of course, the high-cost demand for such items isn’t surprising. In 2015, for example, much was written about purported bags of air from Ye shows being sold on eBay.