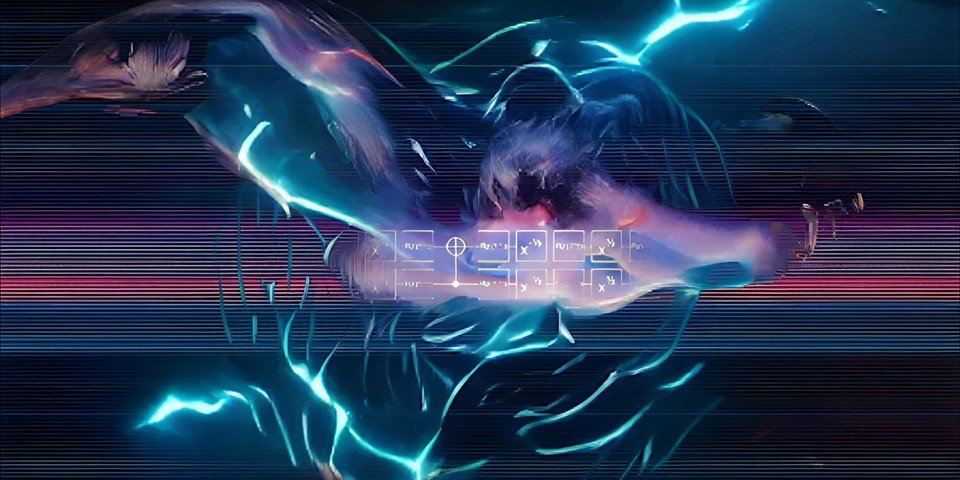 Titled Quantum Genesis, the project unravels a newfound, futuristic lens on music sampling and sound design that leans into the artist’s prior experience as the mysterious entity behind some of Kanye West and Rihanna‘s sounds.

“This epoch-defining cloudburst of quantum computerized music marks a rare opportunity to seize the first sounds generated by a Quantum Granular Synthesizer, the first ever to live immutably on the blockchain,” a press release reads.

With the synthesizer, which is created to “interpret human soul,” the NFT includes four unique sounds that speak to the cultural imprint of Atlanta’s music scene with a 2-qubit resolution sampling. Additionally, the four sounds arrive in tandem with one-of-a-kind visuals made by Telephasic, who enlisted text-responsive AI technology to mimic extraterrestrial storms.

Christ’s previous experimental music NFT, which arrived in the form of a track titled “Black Skin Machine,” was created in a similar fashion with artificial intelligence-based sounds.

Keyon Christ’s Quantum Genesis is now live on SushiSwap’s Shoyu NFT platform for the next 24 hours.

Elsewhere, TIDAL has unveiled a free membership tier along with new revenue methods for artists.