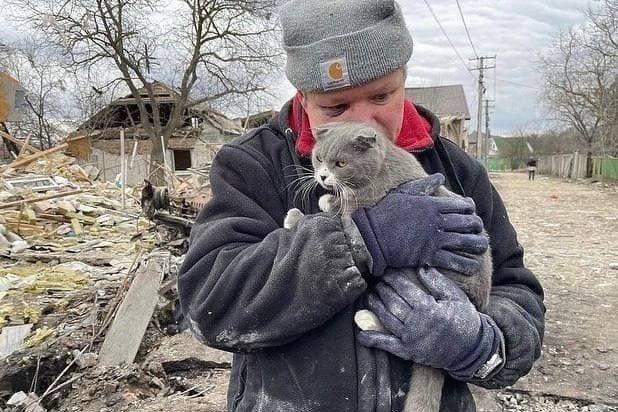 Ukrainian users who created a Kraken account prior to March 9 will be eligible to receive USD 1,000 worth of bitcoin starting March 10 and running till the end of the month, the exchange said in a statement on Wednesday.

“We hope to continue being able to provide critical financial services in a time of need to both our clients in Ukraine and in Russia,” Jesse Powell, CEO of Kraken, was quoted as saying.

“Cryptocurrency remains an important humanitarian tool, especially at a time when many around the world can no longer rely on traditional banks and custodians, Powell said”

The exchange added that received funds can be immediately withdrawn, and that it will cover fees of up to USD 1,000.

Moreover, Kraken pledged to donate an amount equivalent to the total trading fees paid by its Russia-based user in the first half of 2022, noting that it might announce additional aid should the need arise.

Prior to this, Binance, the largest crypto exchange in terms of market capitalization, launched a USD 10m fund to help the humanitarian crisis in Ukraine.

Likewise, Bahamian-based crypto exchange FTX distributed USD 25 to each Ukrainian on its platform.

Meanwhile, the donation by Kraken comes as Alex Bornyakov, Ukraine’s deputy minister at the Ministry of Digital Transformation, claimed that crypto donations are approaching USD 100m.

Speaking in an emergency online briefing entitled “Digital Resistance: How Ukraine Is Leveraging Technology to Fight for Freedom,”

Bornyakov said that country has raised “close to USD 100 million” in crypto donations, 60% of which was received in the main fund run by the Ukrainian crypto exchange Kuna.

As per the latest updates by the crypto security firm SlowMist, which tracks crypto donations sent to the Ukrainian government and five non-profit organizations, the country has received a total of USD 71.3m.

As reported, Bornyakov said that crypto donations have been very useful for the Ukrainian government, enabling the country to deliver a “very quick” response.

Unlike settlements made via the traditional banking system, which usually require two or three days, blockchain clearing and settlements are conducted in near real-time.

“Crypto was one of the ways we fight back, and specifically, why we leverage this is because we understood that our response has to be very quick,” Bornyakov said.
______

As previously reported, those who wish to donate (be it in crypto or fiat) have increasingly more options to choose from (just be careful of the increasing number of scams too), some of which include: