Latest NFTs from the sports world — Magic Johnson with Top Shot, Wayne Gretzky partners with eBay and the return of Mars Blackmon – ESPN 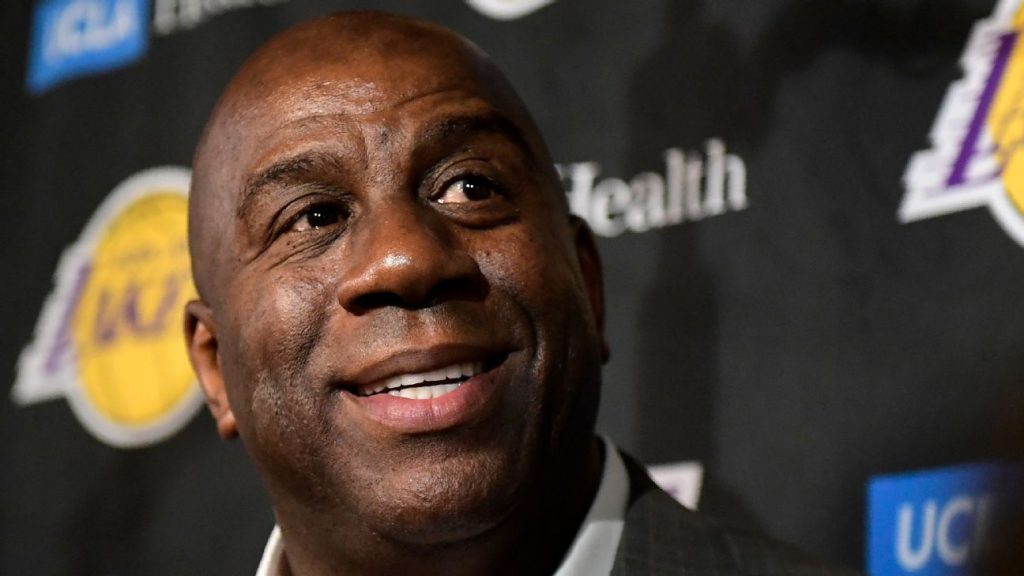 In this week’s NFT roundup, we have a pair of NBA legends getting into NFTs, an NFT-based video game that the NFL plans to launch next year, WNBA NFT demand rising and more.

Let’s get into it.

According to Top Shot, the first drop will become available on June 7. The collection celebrates Johnson’s most exciting and historical moments during his 13 seasons with the Los Angeles Lakers.

There will be five moments released in the collection:

Per Top Shot, the set will be the first of many NBA legends to come.

Though the game won’t launch until 2023, fans will have an opportunity to purchase 32 limited-quantity collections of 3D NFL-themed NFTs in a series of drops prior to the game’s release. The game will allow fans to compete as the general manager of a team in a fantasy-style environment while assembling rosters with NFTs of their favorite players through a play-and-own system.

The announcement comes after Major League Baseball announced a partnership with SoRare on May 12 with a similar NFT-style game for fan interaction.

eBay, known best as an e-commerce platform that connects millions of buyers and sellers around the world, announced the launch of a series of exclusive NFTs through a strategic partnership with OneOf, a premier green NFT platform for communities across music, sports and lifestyle.

eBay’s first-ever “Genesis” NFT Collection will feature 3D and animated interpretations of the iconic athletes featured on Sports Illustrated covers over the years, and the first will be hockey legend Wayne Gretzky.

“Forty years ago, I was grateful to be on the cover of Sports Illustrated, it was a monumental moment in my life,” Gretzky said in a release. “I’m honored to bring this collectible experience to my hockey fans who have followed my career for decades.”

The collection includes 13 limited-edition digital collectibles as green, gold, platinum and diamond tier NFTs, with up to 299 editions each in the green tier. There are only 15 highly coveted editions in the diamond tier.

WNBA NFT demand is up

Since March 1, the demand for the WNBA Top Shot products has been doubling every week in terms of transactions and sales.

The legendary filmmaker’s first NFT collection through content incubator, the Visible Project, will include 3,945 hand-picked original frames from his debut film “She’s Gotta Have It.”

The film introduced Lee’s character Mars Blackmon to the world, who was eventually in Nike’s Air Jordan commercials alongside Chicago Bulls legend Michael Jordan, where the signature phrase, “It’s gotta be the shoes,” was born.

“It’s really my children who got me hip to NFTs,” Lee told Boardroom. “When they began to tell me about it — my daughter Satchel and my son Jackson — it was very interesting to me. It didn’t take me long to think about [the fact] that I own the rights to my first film, ‘She’s Gotta Have It.'”

Lee’s collection doesn’t have a release date or set prices yet.

Atlanta Hawks legend Dominique Wilkins is joining NFT Genius’s Ballerz for a one-of-one NFT auction with proceeds going to KultureCity, a nonprofit (whose board Wilkins chairs) on sensory accessibility and acceptance for those with invisible disabilities.

Per Boardroom, Wilkins’ NFT is a one-of-one exclusive that will be auctioned along with memorabilia signed by Wilkins, in-person experiences with Wilkins, premium tickets to a Hawks game in Wilkins’ seats and more.