Literary Agent to the Stars, Bill Gladstone Launched an NFT Company for Creators. Here’s Why He Might Be on to Something. – Grit Daily 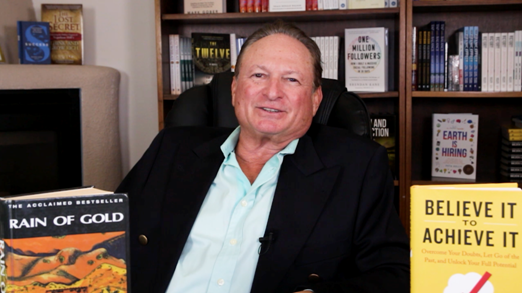 What’s behind the intense interest in non-fungible tokens — or “NFTs” — as of late? In a trend that appears here to stay, creators and investors are tapping into both unlock and capture the intellectual property behind their favorite art. Artisans, from book authors to fine artists and musicians are joining the fray to connect with their fan base, who want to associate with their idols and own intellectual property crafted by the maker. Taking it one step further, famed literary agent, Bill Gladstone, co-founder at ViciNFT, adds a charitable component.

ViciNFT, a leader in designing and launching NFTs for creators, mandates a 25% minimum donated to charity for each auction. A step further, ViciNFT promises a carbon-neutral auction experience with an additional donation to climate conservation to offset the carbon footprint in the design, assembly, and auction process — including offsets to the transaction fees, usually paid in Ethereum (ETH). We sat down with Bill Gladstone to get all the details right and put a “fine point” on the creator rush to create NFTs with his company. In print, here are his words.

Grit Daily: You had your own storied (no pun intended) career before ViciNFT. Share some of the highlights.

I personally placed 299 technology related titles with all major technical publishers in a single year in the late 1980s and Waterside as a literary agency was responsible for more than twenty-five percent of all bestselling computer books as tabulated by Publisher’s Weekly when computer books merited their own bestseller list.

Since approximately the year 2000 the primary focus of Waterside has been on mind, body, spirit titles including titles from Eckhart Tolle, Marie Kondo, Neale Donald Walsch,Marianne Williamson, Dr. Ervin Laszlo, and Deepak Chopra. A secondary focus has been on books related to protecting and creating a sustainable environment from such noted environmentalists as Thom Hartmann, Hunter Lovins, Michael Tobias and Paul Erlich. The mission statement for Waterside Productions, Inc. as a company is ”to help authors and publishers create and distribute books that will create a better world.”

As an author I have written or co-written many books including the international bestseller “The Twelve.”

Grit Daily: For the uninitiated, what is an NFT?

Bill Gladstone: An NFT is a non fungible token. Non fungible means a good or service can not be copied or substituted. A token in this instance is a digital creation. The token can include visual images, written prose, video clips or audio clips. In the future it is anticipated that elements of augmented reality will be included in tokens so that those purchasing them can sit with the holographic or virtual author whose intellectual property is the basis for the token.

Because of blockchain technology once a token is created that token will be protected from any attempt to duplicate. The token will always be one of a kind with a clear transparent record of all present and future owners of the token. From a collectables perspective this unique quality ensures authenticity and protects present and future value.

Grit Daily: Why should creators care?

Bill Gladstone: For authors, fine artists, photographers, musicians and other creators this is a game changer. Working with vicinft they can control their intellectual property as never before. It is possible that poets and songwriters may choose to publish their future works as NFTs. There is great flexibility in selling NFTs and emerging stars could retain a percentage ownership in their NFTs and benefit as their works become better known and with increased popularity increase in value for their future benefit. NFTs will also help authors and other creatives promote their brands and identities. NFTs will allow writers and artists to experiment with new art forms and styles.

Grit Daily: Inquiring minds want to know — what exactly are NFT buyers getting?

Bill Gladstone: NFT buyers receive the unique copy of the intellectual property being auctioned. They will be the only owner of that token and will be able to retain that token as a collectable or sell when and if they wish to. The best created tokens from major authors and artists are likely to increase in value over time and become part of estates that can be bequeathed to heirs or charities.

Bill Gladstone: For me ViciNFT draws attention to connecting VC capital to NFT creation. I see each NFT as a mini company which is being launched through the capital investment of ViciNFT. And the creativity of our authors and artists who are entrusting their intellectual property to the ViciNFT technical team. Other company founders have different connections to the name, including the phonetic “vi-ci-ni-ty” and the latin root word for conquer, “vici.” That, too, makes our name art.