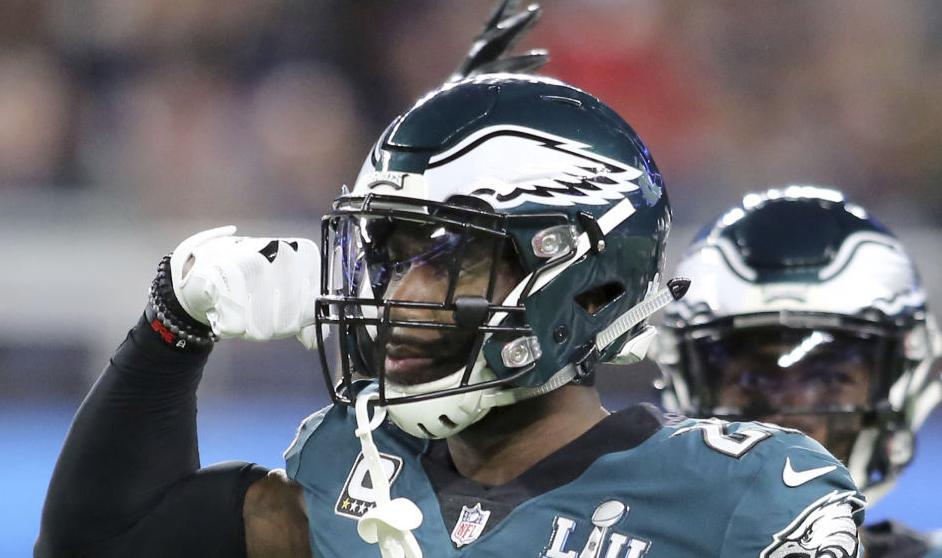 Former Philadelphia Eagles player Malcolm Jenkins on Thursday became the latest athlete to jump into the hot non-fungible token market — with the release of three exclusive NFTs, one of which, “Dream Chaser,” celebrates his six years in Philly, the 2018 Super Bowl win and a Meek Mills hit.

It takes Jenkins and Eagles’ fans back to the Super Bowl win on Feb. 4, 2018, showing pieces of that night, including his game-changing tackle on former Patriots wide receiver Brandin Cooks.

NFTs are a form of digital collectibles, such as baseball trading cards, usually sold on a digital marketplace, such as Crypto.com, where Jenkins’ NFTs are available. They must be purchased by transforming cash into cryptocurrency.

Previously, professional athletes have earned extra money by selling signed memorabilia. But this new technology — made famous since 2009 by bitcoin, one of the earliest cryptocurrencies — provides a new and quicker revenue stream.

The market relies on a technology known as blockchain, which facilitates, records transactions, tracts asset exchanges and ownership. Cryptocurrencies do not rely on traditional financial institutions such as banks, as a medium of exchange, instead it uses digital technology.

“It is a vehicle to tell my own story and cement my legacy and maintain control of my own image,” Jenkins said in an interview with The Philadelphia Tribune. “It’s a new way to get closer to your fan base. We can give something to our fans they can’t get anywhere else.”

He said he has observed closely as other NFL players got involved with NFTs.

“I’ve been intrigued by cyptocurrency and the blockchain technology,” Jenkins said. He said he plans to use some of the proceeds to help support his foundation.

For example, In May, Tampa Buccaneers NFL tight end Ron Gronkowski, became the first pro athlete to offer his own NFTs. At that time, Gronkowski sold out his NFTs for about $1.8 million. Several days later, Kansas City quarterback Patrick Mahomes sold his own batch of NFTs for $3.8 million. Earlier this year, the National Basketball Association formed a blockchain advisory group to explore the potential uses of the emerging technology.

On Thursday, CNN released two NFTs, commemorating two of its historic presidential election calls, one for Barack Obama in 2008 and the other for Ronald Reagan in 1984.

Critics say cryptocurrency can be used to hide financial transactions, but as it has gained popularity, it has begun to move into the mainstream. For instance, some Wall Street firms offer funds that invest in it.

Each of Jenkins’ NFT collection shows a part of him most people don’t see from life memories to important moments in his NFL career.

According to Jenkins, he worked with Los Angeles-based, multimedia artist Jeremy Ian Thomas, known as Soulajit, on his two football-related NFTs. He chose Soulajit to collaborate with, based on his nearly 30 years of music, film, philosophy and 3-D visual content creation for athletes, businesses and celebrities.

Jenkins said he shared his stories with the artist, who also helped create his other football-related NFT, “Forever Champs,” which highlights his on field rivalry with Tampa Bay quarterback Tom Brady. Over the years, Jenkins, a 13-year veteran safety, has defended against Brady in a Super Bowl, playoff games and regular season games, notching two interceptions and run backs for touch downs.

“I’m excited to release these NFTs that contain personal significance for me and true collectors who have an appreciation for historical moments,” Jenkins said.

A U.S. Army veteran, Soulajit, while touring throughout the world as an independent hip hop artist, has shared the stage with artists such as De La Soul, A Tribe Called Quest, and Wu Tang Clan. Since then, he studied at Los Angeles Film School, honing his skills with this new digital technology.

“I had to do it all myself because I had no other choice,” Soulajit said. “Necessity was my mother of invention.”

For Jenkins’ third NFT, “Heavy,” dedicated to his years of civil rights work, he collaborated with London-based artist DINES. According to Jenkins, ever since 2016, when he raised his fist at an Eagles–Chicago Bears game, in protest against widespread injustice, it has become a symbol of solidarity with people of color on a national stage.

Throughout his career, Jenkins has focused on criminal justice, reform, education and economic development.

Jenkins said he chose DINES, because of their shared mission of seeking change through mentorship and philanthropy. A founder and creative director of Studio Blup London, DINES, has worked with clients such as EA Sports, Universal Music, Nike, Adidas and others.

The Malcolm Jenkins Foundation has provided more than $175,000 in college scholarships. It has joined with the Newark Public Schools Board of Education and Parkway Northwest High School for Peace and Social Justice in Philadelphia as part of an effort to open 1,000 savings accounts for students and focus on financial literacy.

“As a digital artist, there is always a message and story to be told. This NFT is unlike any other in the market,” DINES said. “Over months, we’ve worked hard to create a beautiful and original visual representation of the powerful message Malcolm wants to tell the world. He has poured his heart out to educate people on what is happening in our society today and I think he will continue to make a difference through this NFT.”