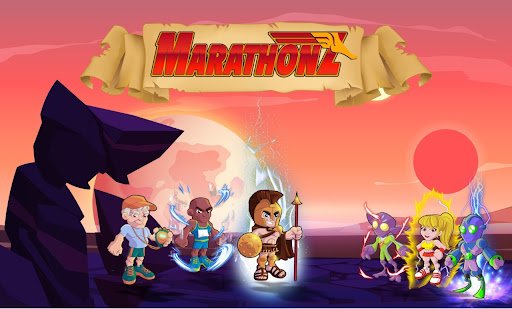 Disclaimer: The text below is a press release that was not written by Cryptonews.com.

The ‘Play to Earn’ game mode, which allows players to be rewarded with NFTs or even Tokens while playing, has experienced extraordinary growth in recent years, revolutionizing the gaming market and even becoming a work alternative for Many.

Consequently, with the popularization of this type of game, new projects have emerged every month. In this scenario, however, the wide variety of options available, added to the lack of regulation that still exists in this environment, end up making it difficult to find projects that have credibility.

In this sense, as an NFT game that has attracted the attention of investors, we can mention Marathonz. In addition to having a healthy and sustainable tokenecomic, the project counts on the participation of ambassadors known worldwide, such as Filipe Toledo, one of the best surfers in the world and who announced to be sponsored by Marathonz on the 2022 tour, stamping the name of the game on his surfboard.

This is a key point in determining the success or failure of any NFT game. According to the team behind the project, every detail of the game was carefully planned to respect some fundamental points such as scarcity, decentralization, market and trend management.

In order to ensure the scarcity of tokens, the developers of MarathonZ chose to create a supply limited to the amount of 300 million tokens (MTZ), on the Binance Smart Chain network. In addition, another care taken by the team was to build an economics token, based on a sustainable division and on a security protocol, which blocks 39% of the total supply during the period of one year.

According to the team, the success of an NFT game is linked to respecting fundamental points such as: ensuring the scarcity of assets, operational decentralization, adequate market management and the need to be part of the trend.

There is a great concern on the part of the team to create an innovative economic system, so the MarathonZ team chose to use a decentralized platform, controlled by previously established smart contracts that ensure that the operation takes place as planned.

It is worth noting that the cost to enter the game is very low when compared to other games, which makes the game more accessible: each box with 1 NFT will cost only 15 MTZ (game token). In addition, within the game there is a range of options for burning tokens, in order to keep the MTZ market value stable.

In the game, special items are used to upgrade characters, in order to accelerate the NFTs’ experience gain and profit, in addition to obtaining advantages in the races.

The eco system also has the possibility to monetize your capital with the NFT rental not only of the characters, but also of the NFT Islands that users can purchase to maximize their results and monetize their capital. Islands are limited in number properties which make these items very valuable.

The metaverse is part of the project from start to finish connecting the virtual world to the real world at different times, within the game there is a series of stores that sell special items to users, such as a tennis store, supplement store, portion store each store gives the user the possibility to buy shares and earn profit on the “Marathon Stock Exchange” !! This is really innovative and a hallmark of this game that promises to rock in 2022.

In March 2022, AIRDROP will be released, which will allow users to earn MarathonZ Token (MTZ) by becoming followers on social networks. This is a great opportunity to acquire tokens even before launch, the expectation is that more than 1 million will be distributed. To participate, just have a metamask wallet and follow the steps on the site, learn more at the links below: