Melania is pissed at people criticizing her new Christmas NFT grift, lashes out at ex-BFF in tweet – Queerty 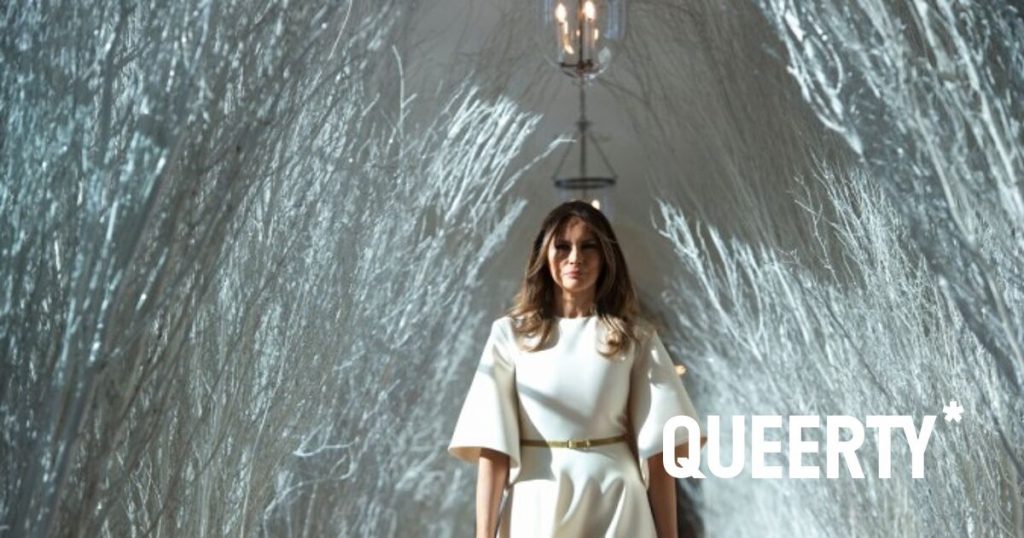 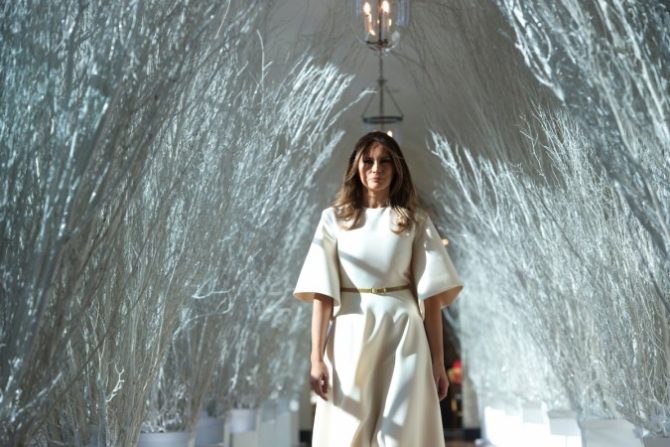 It’s mid-September and Melania Trump is already getting into the holiday spirit by settling old scores with ex-staffers whilst plugging her new line of Christmas ornament NFTs on Twitter.

The ex-FLOTUS/Christmas witch posted a statement today about her new line of Christmas ornaments and corresponding NFTs that are currently for sale at $35 a pop and can only be purchased with cryptocurrency through her personal website.

“While I was serving as First Lady of our country, Stephanie Wolkoff secretly recorded several of our conversations,” Melania said in a tweet. “Wolkoff then spitefully edited and released our conversation to create the perception that Christmas is not significant to me.”

Related: Melania says she felt “violated” by FBI agents going through her closet and the Rose Garden would like a word

The statement continued, “I will personally set the record straight because the mainstream media has failed to provide context for these misleading exchanges. Christmas is an important time for me, my family, and the American people, and my devotion to the holiday is personal and profoundly serious.”

It went on to talk about migrant children and to accuse Wolkoff of having “malicious intent” when she released the recordings of Melania bashing Christ’s birthday and of being generally “untrustworthy.”

“Her contract with the First Lady’s Office was terminated in February 2018, and she was later charged with violating the confidentiality clause of her White House Employment Agreement,” Melania says.

We would like to note that it’s entirely possible both things to be true at the same time: Melania could hate Christmas and Wolkoff could be malicious and untrustworthy.

Wolkoff responded to Mrs. Trump’s attack on her by calling her “pathetic”, tweeting: “What’s the next attack against me? When she tries to sell lightweight jackets that say ‘I DON’T REALLY CARE! DO YOU?’”

PATHETIC!
Melania Trump needs to attack ME to sell Christmas ornament NFT’s. What is Melania worried about? She can’t sell ornaments on her own?

What’s the next attack against me? When she tries to sell lightweight jackets that say “I DON’T REALLY CARE! DO YOU?”

Meanwhile, in other Trumpland news, the ex-president was just slapped with a 222-page lawsuit by New York Attorney General Letitia James accusing the Trump family business of “grossly” inflating the ex-president’s net worth by billions–yes, billions–of dollars and giving false and misleading financial statements to lenders for at least a decade.

The lawsuit seeks a $250 million judgment and to ban any of the Trumps from leading companies in their home state of New York. James also plans to send her findings to federal prosecutors in Manhattan, who may choose to open a criminal investigation into bank fraud.

Melania is going to have to sell a shit ton of Christmas ornaments to pay that $250M fine ??????

No wonder Melania Trump is selling Christmas ornaments…. I give her 1 week to file.

Today would be a good day for Melania to serve Trump with divorce papers, tell him about the $50 million advance on a tell-all book she landed, admit she called the FBI about the Mar-a-Lago docs and confess that Barron is actually Don Jr’s son.

Then go get a massage.

Has Melania double checked the terms of her pre-nup today?

Melania Trump is a birther racist sack of garbage and is no different than Donand Trump.

Melania was the most insignificant First Lady. If I never see or hear from her again it would “be best.”