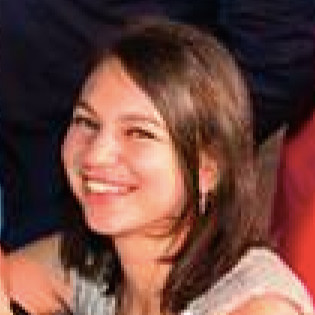 Shortly after Micah Johnson joined the Los Angeles Dodgers Major League Baseball team, the team’s manager, Dave Roberts, asked all the new members to share their hobbies. Johnson had grown up playing piano but fearing that Roberts “might wheel a piano” into the locker room, he decided to say painting was his hobby instead. Roberts asked him to paint a portrait of Dodgers legend Maury Wills.

This article is part of Road to Consensus, a series highlighting speakers and the big ideas they will discuss at Consensus 2022, CoinDesk’s festival June 9-12 in Austin, Texas. Learn more.

“It was terrible,” said Johnson of the painting. “It was so bad. But some of these guys in the locker room were icons I grew up watching … and they came up to me afterwards and told me how good it was.”

That was a turning point for Johnson – the praise from his heroes made him realize, essentially, that his painting skills must not be half bad. Unbeknownst to him at the time, that portrait and his teammates’ reactions planted the seed for his second career as a professional artist.

That career didn’t come about seamlessly. While a player on the Dodgers, Johnson had a few art exhibits at Dodger Stadium and then one in Atlanta. But when he retired from baseball in 2018, he learned that making it as an artist wasn’t going to be easy. “Once I took the jersey off, there wasn’t the same allure of this baseball player that’s a painter,” he said. “There was nobody lining up to buy my paintings anymore.”

It took until the summer of 2020 for Johnson to get his work back into a gallery after a year and a half of just “grinding.” An admitted workaholic, however, Johnson didn’t let that lag time stop him. He dedicated himself to art just like he’d dedicated himself to baseball when he’d get up at five or six in the morning to “go hit off a tee by myself.”

Johnson’s dedication paid off, but even before he got his work back into galleries, he realized the fruits of his labor when he dipped his toes into the non-fungible token (NFT) art market after learning about the technology via Twitter and Discord. His first NFT, a looping image of a baseball batter receiving a pitch entitled “.15 Seconds,” was purchased in February 2020 for the then-equivalent of around $1,000. “That changed my life,” he said.

Today, Johnson’s the creator of a project that’s gone well beyond art and NFTs – he’s come up with an entire universe with his character Aku, a young boy wearing an astronaut’s helmet. His nephew inspired the character when he asked whether astronauts could be Black. In response to his question, Johnson started painting 6-by-6-foot canvases of his nephew with an astronaut’s helmet on. “I’d FaceTime him and show him these paintings, and the joy on his face to see him himself as this massive painting was fulfilling in a way that the other art I was creating wasn’t,” Johnson said.

That vision evolved into the Aku universe, which has spanned a collectible, animated video series, an interactive gallery show at Art Basel Miami and a 15,000-piece NFT profile picture project called Akutars. It was also the first NFT, Johnson said, to be optioned for TV and film all the way back in April 2021. Celebrities including Trevor Noah, Pusha T and Tyra Banks have all bought in, leading to millions of dollars in sales.

Still, Johnson’s success hasn’t come without significant setbacks. In April, due to problems with the Akutars’ smart contract, Johnson lost $34 million worth of ETH. He’s surprisingly levelheaded about the fallout. “As a non-technical founder, you have to navigate things that are out of your scope,” he said. “I paid 22 and a half million dollars out of my pocket to reimburse the refunds and make everybody right and deliver the Akutars.”

And it’s not hindering his vision. The loss didn’t stop Aku-related productions. Johnson is still working to “blend the physical and digital world” with Aku. He still has dreams of creating an Aku-themed amusement park. And more importantly, he doesn’t want Aku to be about NFTs – he wants the technology simply to serve as the backend for a bigger picture, a project that inspires all types of people to follow their dreams and be what they want to be – not just his nephew.

CoinDesk spoke with Johnson about these ambitious plans for his project, how he’s launched this fictional astronaut character into actual space and what parts of himself he sees in Aku.