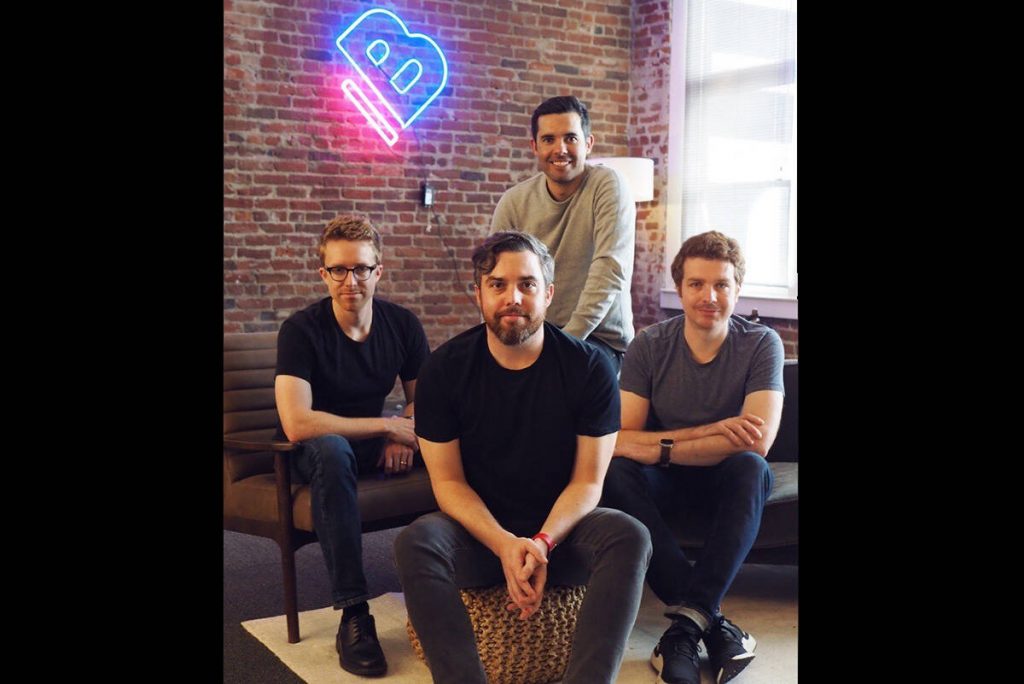 A San Francisco startup that spent three years toiling in anonymity is blowing up, hiring like crazy, and pulling in millions from Jay-Z, Serena Williams, and Andreessen Horowitz, the hallowed tech investment firm.

The very real-world success of Bitski shows the boom of digital riches in the form of non-fungible tokes, or NFTs, which are unique digital media items sometimes associated with photos, videos, or audio files. Unlike those common digital media items, however, NFTs come with a certificate of authenticity that provides proof of ownership, backed up by unique, encrypted computer code.

And some people think NFTs are a big, fat ripoff. “Most NFTs are scams. If you’re buying an NFT, there is a good chance you’re being ripped off,” Alex Stamos, a Stanford professor and researchers said at a virtual conference last summer.

Many others are just skeptics – or downright confused. Why would you buy something that only exists online? Actually, you have probably done exactly that. Ever bought a ticket online that you called up on your phone to get into a venue? You never had a paper ticket, right? And you bought it online without paper money? Let’s say you send it to a friend, and they Venmo you for it. Congratulations. You just bought and sold something very much like an NFT.

Bitski makes a digital wallet where people can keep and access all their digital possessions, a digital storefront for buying, selling, and trading them and tools for developers to build digital commerce applications.

Bitski CEO Donnie Dinch’s last company, WillCall, was a San Francisco mobile ticketing company. Then he launched a startup working with NFTs, which few had even heard of in 2018. “You couldn’t find 10 people to talk to about this,” Dinch told me. He and three early employees – Cofounder Julian Tescher, CTO Patrick Tescher, and COO Naveen Molloy – worked in a small office at Market and Second Street over a bookstore with “no one knowing or caring about this.”

That changed big-time in May, when the famous investors, Jay-Z, Williams, and Andreessen Horowitz, were part of a funding round that gave Bitski $19 million. Dinch tried not to let that auspicious company turn his head. “We really try to stay focused,” Dinch says. “We’re pragmatists.”

Pragmatism is not often a quality associated with NFTs. Many have cited a piece of digital art sold by Christie’s, the legendary auction house, in March for $69 million as evidence that this is an inflated craze. And maybe, as Stamos believes, much of it is.

But let’s look at an area of NFTs that Dinch and others believe is graspable for a mainstream audience: Sports collectibles. Collectors have dropped millions on those for years, and digital versions may be easier to appreciate than an old baseball card.

In August, a baseball card of Pirates Hall of Fame shortstop Honus Wagner sold for $6 million. Obviously the cardboard and ink of the trading card were not worth that amount of money. The card’s rarity – only 60 were ever made – and condition made it a treasure for collectors who love baseball history. Maybe you’re not in that club, but it’s a club that for years has held shows and events with sports superstars. Many, many fans have some kind of collectible that is valuable, if only to them.

But in today’s world, what can you do with a rare baseball card? Take a picture of it and share that online? That makes it a $6 million jpeg of something you have in a safe. That’s not very fun.

Today, NFTs bought and sold on Bitski are kind of like super baseball cards – and they are unique. Giants fans, take note: Last summer a collector paid $22,500 for an NFT that is a video of digital artwork by a renowned artist, S. Preston, paying homage to Oracle Park. The artwork depicts kayaks in McCovey Cove, the inlet of San Francisco Bay where home runs to right field make a splash and kayakers paddle to retrieve the ball.

The winner of the auction won the NFT – the video of the artwork – but also received Giants tickets, the right to throw out the first pitch at a game and a framed print of the artwork.

Those real-world add-ons help, but the collectible – the unique online property – is the digital artwork.

Dinch says sports memorabilia is a breakthrough area into the NFT world for people who might not otherwise see the point. “It really taps into a deep, deep fanhood,” Dinch says.

Bitski is working with the US Open tennis tournament and World Wrestling Entertainment on running NFT economies, and hosts auctions by Candy, a New York NFT company that worked with Major League Baseball on the Oracle Park NFT and similar items for each Major League team.

“The same things drive people to collect trading cards,” Scott Lawin, the CEO of Candy told me. A Dodgers fan bought a digital and real-world World Series ring from their 2020 championship season, Lawin told me. “They wanted to own a piece of that history,” he said.

Reminded that he was speaking to a San Francisco columnist and this particular prize might not be the best example of legit value, Lawin said, “I probably could have picked a better example.”

Supporting Candy’s sports memorabilia auctions is just one part of Bitski’s business. The startup helps collectors, buyers and software developers in all areas of NFTs. Now with a staff of about 30, the startup has around a dozen job openings, and is preparing to move into a new real-world office in Oakland.

NFTs have boomed in fine art circles in New York, London, Lisbon,] and elsewhere, Dinch says, but he doesn’t think San Francisco has been at the forefront of that world. The sports memorabilia seems to have taken hold here, however.

The Warriors were the first pro sports franchise to issue NFTs with a series of collectibles related to their championship rings in April. And the team’s superstar, Steph Curry, spent $180,000 on an NFT last month from the Bored Ape Yacht Club NFT collection. Those NFTs, customizable cartoons of apes in different outfits, have been adopted by other NBA stars, including Hornets star LaMelo Ball.

“It’s like a nice watch, or a cool car,” Dinch says. “We live a lot of our lives online, and increasingly express who we are there.”