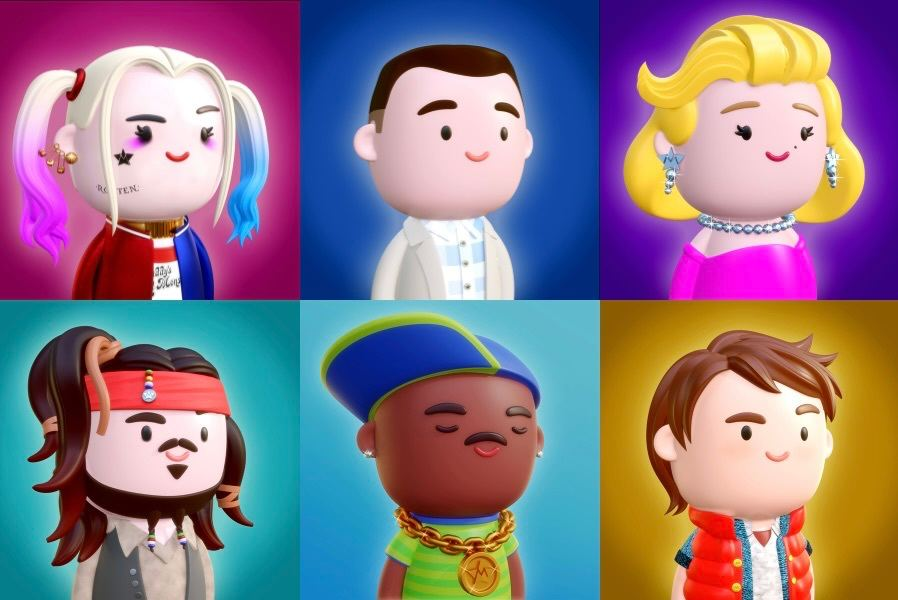 Mogul Productions, a DeFi and NFT platform for film & entertainment, has teamed up with the animators of ‘The Simpsons’ and ‘Rick and Morty’ to create the world’s first character-driven NFT series.

The release of the collection, dubbed Mogies, is timed to commemorate the anniversary of the unveiling of the iconic Hollywood sign, which was erected in 1923. Mogies will be a unique series of avatars paying homage to that transformative year for Tinseltown, celebrating the top entertainers of the last 100 years and the characters they played.

Mogul continually innovates to bring the world of NFTs, digital assets, and the metaverse together with unique offerings for movie lovers, allowing community members to take a more active role in the film production process. This next step allows fans to own characters that could play a role in the future of digitally-native filmmaking.

For its Mogie release, Mogul Productions is taking the next evolutionary step on their mission to bring a new generation of characters into the metaverse. Owners of the CG-rendered avatars will also own the IP rights to their character, each loosely based on real-life characters. Each avatar’s unique traits and facial expressions determine their rarity, as well as the roles they’ll eventually play in animated series’ in the future. The animated characters can even be assigned different outfits to wear as they play various roles, allowing the owner to play a key part in the digital “life” and virtual career of the characters they own. These additional add-ons will be part of future derivative series’ for the NFTs.

Preparing for the future of the metaverse, Mogies are animated in CG with the ability to use the character in the future space of entertainment.

Mogies came out of a partnership between Mogul Productions and Chavvo Studios, whose CEO, Peabody Award winner Erick Tran, worked as an animator for ‘The Simpsons’, ‘King of the Hill’, and many other celebrated series and films. Erick and his team have worked in Primetime Animation for the last 25 years.

The collection is designed to align the Mogul Productions’ community of Mogul Access Pass and STARS holders with the future of Hollywood, which will be digitally native and live on the blockchain. Characters depicted in Mogies, and the people who own the rights to them, will play a role in shaping that future.

As an incentive to Mogie buyers to hold onto their purchases, any holder who keeps their Mogie until the Hollywood sign’s 100th anniversary in 2023 will receive a special derivative gift that opens up to them on the day of the anniversary.

The Mogies collection will be available exclusively through the Mogul Productions platform in the new year.

SuperDoge has agreed to develop the ‘SpaceDawgs’ character on an ongoing basis for their new animated series “SuperDoge — The NFT Animated Series.” The series is slated to publish short animated videos that will increase in length over time. “We are thrilled to be part of the new SuperDoge NFT Animated Series and believe this program blends the growing NFT metaverse with real world content creation and delivery. As the NFT metaverse grows we believe the SuperDoge – NFT Animated Series is well positioned to bring more awareness and entertainment to the growing interest in NFTs and metaverses. We are excited to have our SpaceDawg character be part of this new NFT animated series.” commented the SpaceDawgs lead contributor, Patrick Moynihan.