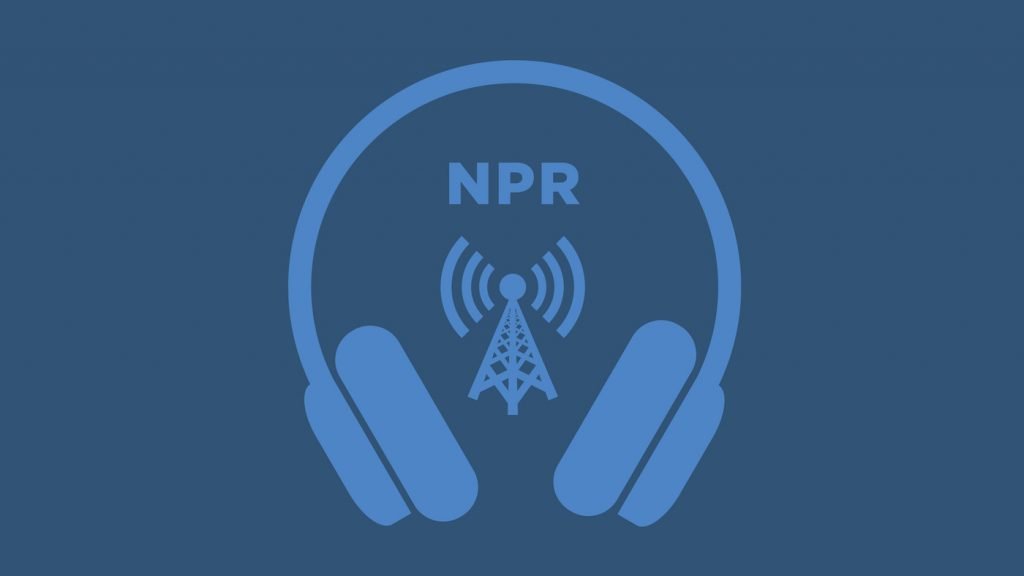 NPR’s David Folkenflik talks to arts journalist Sophie Haigney about the popularity of NFT art at Art Basel in Miami this year.

The Broadway play “Art” centered on a painting that was just a white canvas, I mean totally white, with a few white painted lines. The work sold for a fortune. Bonds between three friends frayed over the question at the center of the play. Was that art? This week, artist, tastemakers and collectors from around the world are mingling in Miami Beach for the exuberant fare known as Art Basel Miami. Much of the excitement there centers on NFT art, a type of digital art typically bought with cryptocurrency. NFT means non-fungible tokens. Each item for sale is a digital image with a unique digital fingerprint. And like the painting in the play “Art,” NFTs are tying the art world into knots. Might NFT stand for new faddish thing? To help shed light, we’re turning to Sophie Haigney. She’s a journalist who writes about visual art and technology, and she’ll help us understand why it’s becoming so popular. Hey, Sophie. Thanks for joining me.

SOPHIE HAIGNEY: Hey, David. Thanks for having me on.

FOLKENFLIK: So I’d like to start with a very simple question. What is NFT art?

HAIGNEY: So NFTs are basically unique assets that are verified by block chain. And so block chain functions kind of like a public ledger, kind of recording transactions and giving buyers a proof of authenticity or ownership. More simply, I like to think about NFTs almost like digital certificates of ownership of a particular thing. Like, a photo, a tweet, an audio file can all have this kind of certificate of ownership attached to it. And so you’re not really buying the thing itself. You’re buying the proof of owning something.

FOLKENFLIK: So remind us of some of the famous works of NFT art and maybe some of the more infamous ones. You’re saying a tweet or a digital representation of a tweet with its underlying certificate of authentication is an object of NFT art. What are some others?

HAIGNEY: Yeah. That’s the third-highest price ever achieved by a living artist at Christie’s. So that’s a really big deal. And I think that’s when the art world started to really take notice of this. Also, last March, 621 virtual sneakers. So images of sneakers sold for a combined $3 million.

FOLKENFLIK: So all ideas about art are fundamentally subjective. Many people may remember there was a banana duct-taped to a wall. It sold for $120,000 at Art Basel in 2019. In that case, the artist is known as a prankster. It still went for 120k.

FOLKENFLIK: And NFTs themselves can sell for huge amounts of cryptocurrency that’s valued at hundreds of thousands of real dollars. Are people thinking of this as a store of value that is sort of a vehicle through which you park money and it’s essentially an investment that will appreciate over time?

HAIGNEY: I think there are a lot of people who are buying NFTs because it’s a speculative investment. And people are excited about spending their cryptocurrency on something and then flipping it for a bunch more crypto currency in a few months. And then I think there’s another set of collectors who are really excited about digital art, and they love the aesthetic. I think there are people in it for different reasons, but there’s definitely a huge group of people who are in it because they think these things are going to appreciate.

FOLKENFLIK: Well, what does it mean for NFTs that this untraditional artwork is being brought into more traditional venues? I think more than a dozen events around Miami will incorporate them one way or another this week.

HAIGNEY: I think this is really exciting for digital artists because for a long time it’s really, really hard to monetize digital art. I mean, you can’t really easily sell a picture that you’ve drawn on your computer. And I’ve been really surprised and interested by the extent to which the institutional art world has totally embraced this. It fascinates me. And a lot of it does have to do with the money. I think Christie’s and Sotheby’s are excited about being able to sell works for many millions of dollars. But I also think they’re – it’s the first time that I think a lot of these institutions are taking tech-based artwork really seriously. And that’s exciting to me. And I think it’s exciting to a lot of artists who’ve been working in the digital sphere for a long time.

HAIGNEY: So a little over 90 years ago – right? – Rene Magritte, surrealist painter, he paints a pipe. And it’s a very realistic representation of a pipe. And at bottom and in letters it says, in French, this is not a pipe. The painting drives critics nuts. It drives the public nuts. But he was getting at this interesting point, I think, it seems to me decades later about representation and art and reality. What are some of the interesting concepts being explored by artists in this way to the extent there are any?

FOLKENFLIK: I think a lot of artists working in the NFT sphere are playing with the whole concept of representation, reality. What’s real? What’s fake? What does it mean to be authentic? There was one artwork that I really liked by this artist who goes by the name Damien Thirst. A lot of these artists have kind of internet-y pseudonyms.

HAIGNEY: Damien Thirst, a play on Damien Hirst. He was trying to sell this NFT. It was just a blue square, and it was an homage to Eve Klein’s “Blue Monochrome.” And I think part of it was poking fun at the idea that these paintings that we think of as original, authentic can now be replicated in the digital sphere and can be sold speculatively for hundreds of thousands of dollars. So I think there are a lot of artists who, like Magritte, are self-consciously engaging with the form of the NFT and kind of poking some fun at the whole speculative bubble and that the claims that these NFTs are making to being authentic and original works.

FOLKENFLIK: So how interested would the typical art collector who might in years past heading down to Miami Beach for Art Basel be interested in these or what kind of fresh art investor might they draw instead?

HAIGNEY: I think that galleries and auction houses are really excited because they’ve found a whole new class of collector, maybe somebody younger who wasn’t typically buying art who’s really excited about NFTs specifically. And so I think there’s a whole new subset of people who are going to be buying NFTs at Basel or or any other art fair. But I’ve also been talking to some people at auction houses who say that traditional collectors are increasingly getting excited about the idea of NFTs. I’ve been really surprised that the traditional art collector has decided to go in for NFTs as well.

FOLKENFLIK: So a fad or possibly here to stay?

HAIGNEY: I think NFTs are here to stay. I think, you know, like the Magritte this-is-not-a-pipe painting, I think they make a lot of people really angry. And I think part of that is because of the insane prices that we’re seeing right now. I think people can’t quite believe that somebody is willing to pay $69 million for a digital image. But I do think as a form, NFTs are here to stay. And I think we’ll continue to see what happens and what artists do with the form.

FOLKENFLIK: Sophie Haigney is a critic and journalist who writes about visual art and technology. Sophie, thanks so much for joining us today.

Copyright © 2021 NPR. All rights reserved. Visit our website terms of use and permissions pages at www.npr.org for further information.

NPR transcripts are created on a rush deadline by Verb8tm, Inc., an NPR contractor, and produced using a proprietary transcription process developed with NPR. This text may not be in its final form and may be updated or revised in the future. Accuracy and availability may vary. The authoritative record of NPR’s programming is the audio record.