NFT Artist Refik Anadol’s First Supporters Were in the Tech World. All of a Sudden, He’s Become a Star at Auction, Too – artnet News 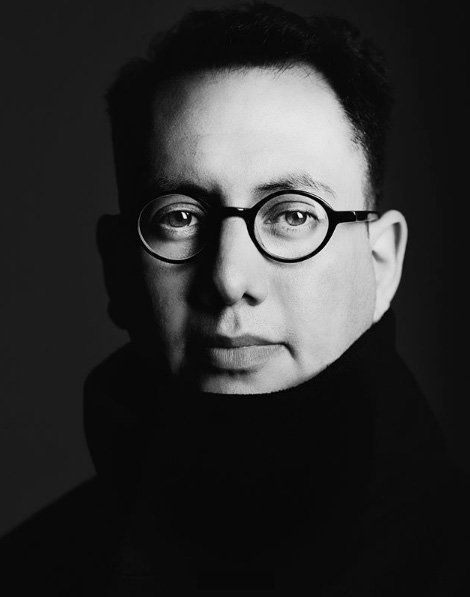 In 2006, the British mathematician Clive Humby famously proclaimed that “data is the new oil.” Little did he know it would also become the new art.

As one of the foremost practitioners of what he calls “data painting,” the Turkish American artist and TED Fellow Refik Anadol has been using data as the substance of his work for the better part of a decade. Over that time, he’s won awards like Lumen Prize and been featured at Venice Architecture Biennale and in shows at the National Gallery of Victoria and the Museum of Modern Art in New York.

“I have always been interested in painting with data,” Anadol told Artnet News from Barcelona last weekend, where he was on site to create a new digital artwork for the facade of Antoni Gaudí’s iconic Casa Batlló.  Thousands of onlookers crowded the outside square to watch the illumination in an event organized by the OFFF Festival. The work was already traded as an NFT through Christie’s last week, when it sold for $1.38 million (and came with a dinner for 10). “For me, NFTs and digital art should be experiential. Landmarks have become my canvas,” Anadol said. “I’m interested in exploring the architectural domain as deeply as I can. All my art works tend to have a physical connection to public space.”

“It was at UCLA that I learned about creative coding,” he says, referring to his time in the school’s media arts program. There, his advisors included Christian Moeller, Casey Reas, and Jennifer Steinkamp.

In 2014, after graduating, he established the Refik Anadol Studio, which currently has a staff of 15 people. “Our staff is multicultural and multilingual,” Anadol said. “We have an incredible staff of different minds and competencies.”

Early in his career, Anadol focused on finding support from fellow technologists, rather than in the art world. “Back when I first opened the studio in 2014, our earliest collaborators were not from the art or design worlds. They came from tech,” he said.

In Quantum Memories, made when he was Google’s artist-in-residence, he used the search giant’s publicly available quantum computing algorithms to 3D map the possibility of a parallel world. Part sci-fi, part next-level computer graphics, the algorithm processed approximately 200 million images of nature to form an interactive algorithmic gesamtkunstwerk, mimicking the real-time simulations of audience’s movements into an entangled web of generative world-building. In another piece, Melting Memories (2018), inspired by his uncle’s Alzheimer’s diagnosis, Anadol transformed brain scans into projected images for the walls of the Pilevneli Gallery in Istanbul. The artwork and others also drew on Anadol’s longstanding interest in the imagery and history of space exploration.

To date, various iterations of the NFT have been auctioned via Nifty Gateway and Sotheby’s, with total sales of the project now exceeding $13 million USD, according to CryptoArt.io. “I’m extremely grateful to the NFT community for supporting my work,” he said. “The NFT world has given my studio economic independence.”

(Asked what he has done with his wealth, Anadol says that whatever he doesn’t reinvest into his studio goes to charity. One NFT from a collection titled “An Important Memory for Humanity” raised $1.5 million for St Jude Children’s Hospital.) “In my art practice, I often ask myself the question: how would a computer collaborate with us to make art that not only is futuristic, but also about the possibility of various futures?” he said. “I do think that we approach answering this question only when we combine research efforts in various fields, including neuroscience, architecture, quantum computing, material science, philosophy, and arts.”

Anadol is now busily preparing for two new works: one for an exhibition at Palazzo Strozzi that reimagines Italian Renaissance artworks; the other, a new piece to be shown in Istanbul and based on the writings of the 13th-century Persian poet Rumi. For the latter work, Anadol will construct a digital installation in the foyer of the recently redesigned AKM Theater in Taksim Square.

“All of us are standing on the shoulders of giants,” Anadol said. “I’m just trying to explore the language of humanity.”