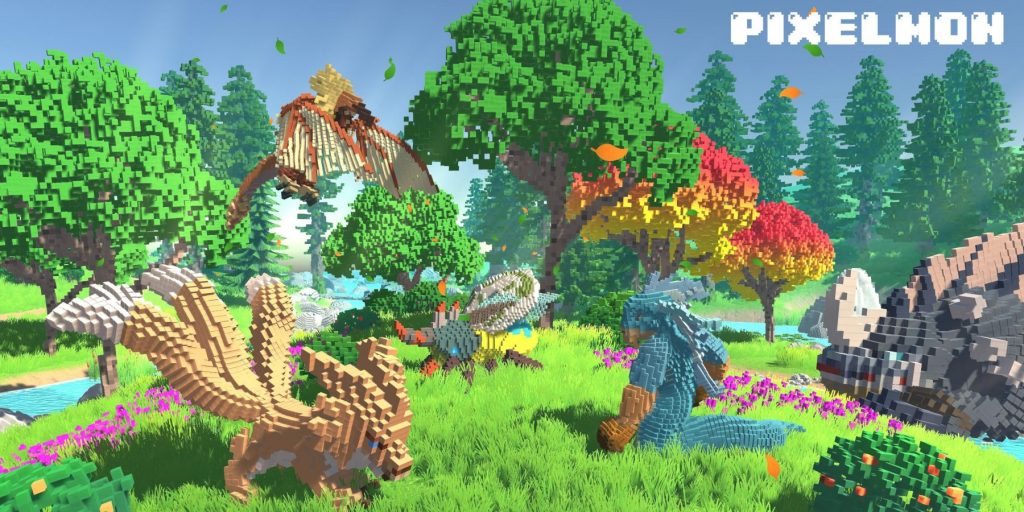 Social media users are mocking the Pixelmon, the well-funded NFT adventure game, based on an early look at the game’s visuals.

Pixelmon was pitched as the “first AAA quality game of the NFT space,” a play-to-earn open-world RPG where instead of catching ’em all players purchase NFT Pixelmon for extraordinary prices. NFT sales went live before the Pixelmon game was ready to showcase, however, leaving potential players and NFT buyers making purchasing decisions based on concept art. Now Pixelmon purchasers are able to view the actual Pixelmon they’ve purchased and, needless to say, a lot of people are unhappy.

Pushed to launch a preview of Pixelmon‘s 3D NFTs so buyers could see what they’d spent money on, purchasers are sharing images of what they acquired on social media. The images unfortunately do not look up to the quality shown in early concept art for Pixelmon. Further, some Pixelmon just look broken, including dragons floating sideways, another sunken into the ground, and yet another having no Pixelmon whatsoever show in their preview.

The team behind the NFT project has acknowledged the issue. In a message shared from Pixelmon‘s Discord, a message from project founder Syber, states that, “we made a horrible mistake.” Syber goes on to apologize and assert that what’s being shown is unacceptable, explaining that the artwork was not ready to share but that the team felt pushed to reveal it anyway. Syber promises that the team is working to ensure all existing problems are solved and that the team is pledging $2 million of the project’s funding to “revamp and redesign our NFTs at a higher quality.”

What that means is that Pixelmon NFT buyers will have yet another long wait ahead of them as a new “reputable” art studio is hired and new art is created. Syber says that the quality right now is unacceptable and the team will make amends.

A trending sentiment on social media regarding the reveal is that Pixelmon is, like so many other NFT projects, a scam. They believe that Syber’s apology and promise to improve are insincere and that the team has no real intent to produce high-quality NFTs or a high-quality game. Given what’s been shown of Pixelmon so far, their skepticism is clearly more than fair.

Friday morning an interview with Steam founder Gabe Newell went live where he explained why NFTs and blockchain technology are banned from Steam. He said that many running NFT projects are “involved in a lot of criminal activity and sketchy behaviors.” He believes NFT projects are rife with fraud and that it’s grown out of control. Pixelmon, it seems, is a good example of what makes Newell so wary.

Pixelmon is currently in development.

Fortnite is revealing details surrounding its Fortnite Crew pack for March 2022, which includes multiples styles and an unexpected perk.