NFT, Metaverse-Focused Trademark Applications Continue to Climb in US – The Fashion Law 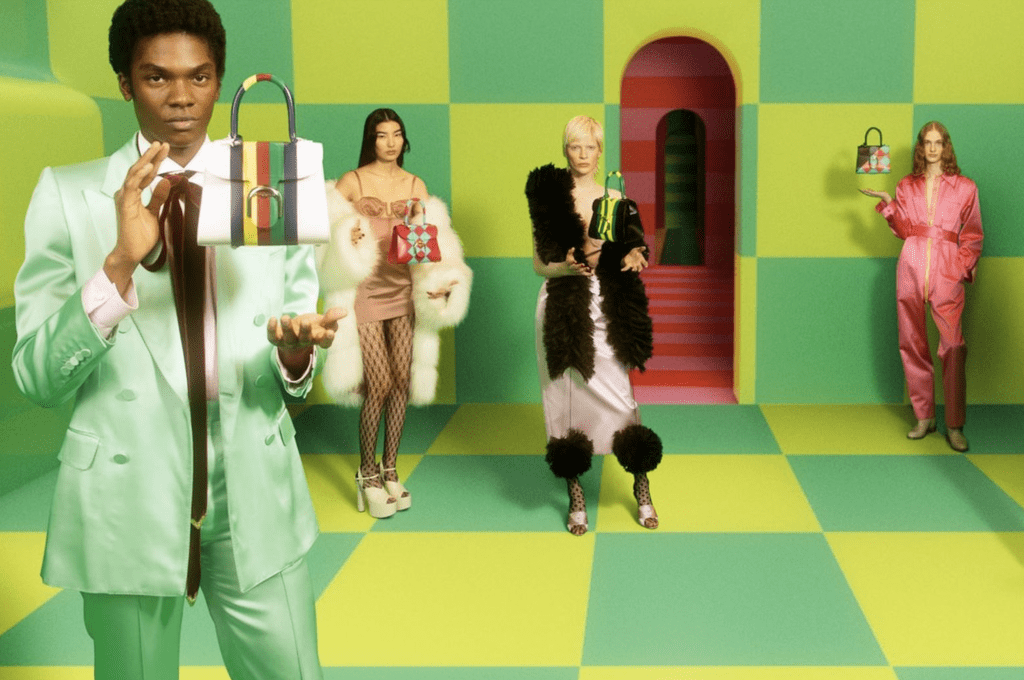 The past year has culminated in the mainstreaming of non-fungible tokens (“NFTs”) – or unique crypto tokens that are managed on the blockchain (in order to track ownership and transaction history of these non-interchangeable tokens) and often tied to assets, ranging from digital art to physical footwear. “Generating significant excitement because proponents say they solve tricky problems,” the Washington Post’s Pranshu Verma states that, among other things, NFTs allow for “digital images, once viewed as worthless because they could be easily copied, [to] now be owned and assigned monetary value.”

Such excitement has been demonstrated in sale prices of NFTs, with famous examples including Beeple’s “First 5000 Days,” which sold for a cool $69 million at a Christie’s auction in March 2021; Pak’s “The Merge,” which fetched $91.8 million via Nifty Gateway in December 2021; and various CryptoPunk NFTs, which have sold for the crypto equivalent tens of millions of dollars. The volume of transactions on NFT platforms (OpenSea, for instance, boasted a transaction volume of more than $14 billion in 2021) similarly seems to indicate the level of enthusiasm in the space, as does the rate at which big-name brands – including those in the luxury space, such as Gucci, Prada, Louis Vuitton, and Givenchy – have tested the waters by way of NFT projects.

All the while, interest in the market has also been reflected in rising trademark filings for NFTs – and web3 and metaverse ventures more broadly – by brands across the board. Efforts by trademark holders to look to the U.S. Patent and Trademark Office and other trademark offices across the globe to file applications for their marks for use in the virtual world (both in the form of NFTs but also in many cases, as virtual goods/services) were largely kicked off by Nike, which filed a number of trademark applications for some of its most famous trademarks for use on various virtual goods/services in the U.S., as well as in Singapore, Switzerland, Mexico, and Canada, in in October 2021, and has since filed applications for various marks of its RTFKT brand for use in connection with NFTs, in particular.

The momentum of brands looking to shore up their existing trademark rights for use on NFTs and/or in the metaverse has carried over into 2022, according to new figures on filings with the U.S. Patent and Trademark Office (“USPTO”). So far this year, the number of NFT-related trademark applications that have been lodged with the USPTO are on the rise. From January 1 to May 31, Kondoudis Law found that 4,049 “NFT-related” trademark applications for registration were filed with the USPTO, up from a total of 363 applications during the same period last year. The highest number of applications filed so far this year came in March (1023), followed by April (876), February (770), May (743), and January (637).

In something of the same vein, the number of metaverse-related trademark applications (presumably those referring to virtual goods/services) is also growing. From January 1 to May 31, more than 2,717 metaverse-centric applications were filed with the USPTO, up from 507 applications filed during the same five months in 2021. As indicated in TFL’s running list of metaverse marks, Valentino, Fenty, Versace, Chrome Hearts, Saint Laurent, Levi’s, Audemars Piguet, Burberry, and Bulgari are among some of the many fashion/luxury brands that filed trademark applications that focus on metaverse endeavors.

(Brands looking to lodge applications focused on the metaverse have routinely cited Class 9 for “downloadable virtual goods;” Class 35 for “retail store services featuring virtual goods;” and Class 41 for “entertainment services, namely, providing on-line, non-downloadable virtual footwear, clothing, headwear, eyewear, bags, sports bags, backpacks, sports equipment, art, toys and accessories for use in virtual environments” as the primary classes of goods/services. They have also pointed to Classes 40, 42, and 45, among others, as reflected in some additional Nike applications.)

Filing data for June and the upcoming months will provide an interesting peek into how brands are viewing the NFT market now and in a more future-focused perspective, particularly as hype in the space appears to be dimming to some extent in light of the fact that the broader crypto market is in the process of cratering. It is also worth noting that not all messaging on this front is straightforward. Amid speculation about the future of the NFT craze and reports of a mounting decline, including from the Financial Times, which reported in March that “the average selling price of an NFT had dropped more than 48 percent since a November peak to around $2,500,” brands have seemingly remained bullish. Just last month, for instance, Txampi Diz, chief marketing officer at Balmain, said that the brand views NFTs as “an interesting and powerful tool.” Meanwhile, Prada announced the latest iteration of its foray into web3 with its new “Timecapsule” NFT venture, which it went on to debut early in June.

And just today, the New York Times quoted Hublot CEO Ricardo Guadalupe, who said that he is “excited” about the potential that NFTs hold for luxury watches, and Jean-Marc Pontroué, CEO of Panerai, which introduced NFTs back in March, who revealed the brand’s “goal to leverage value [of NFTs] to transform the relationship we have with our customers and our community in the decentralized internet.”

It will also be striking to see just how many applications for registration in this growing volume of filings for metaverse and NFT-centric marks will actually be registered with the USPTO, and maybe even more interestingly, the extent to which the USPTO’s examining attorneys push back against such applications, including when it comes to showing actual use in commerce. To date, the vast majority of these applications, including the early ones that Nike filed in October, are still awaiting examination by the Trademark Office.